A young man with a promising future was remembered after he was fatally shot near 23rd Street and Wisconsin Avenue Saturday afternoon.

MILWAUKEE - A young man with a promising future was remembered Monday night, Feb. 8 after he was fatally shot near 23rd Street and Wisconsin Avenue Saturday afternoon. The love that friends and family share for Purcell Pearson was clear during a vigil held in his memory; even the bitter cold didn't stop the crowd from spilling into the street to pay their respects.

Emotions and pain are still raw days after Pearson's life was taken suddenly and violently. On Monday night, loved ones leaned on one another as they remembered the 22-year-old -- described by his brother as a light in their lives.

"If there’s one thing we can continue to do, I just want to make sure we continue to share that light that he sparked us with," said Cornel Pearson, Purcel Pearson's brother.

Surveillance shows the moments leading up to the shooting that claimed Pearson's life in broad daylight -- just before 12:30 p.m. -- on Saturday Feb. 6. Pearson is seen clinging to the driver’s side of a minivan as it swerves the wrong way down the street. Inside, the passenger can be seen placing their arm up in an outstretched position. Moments later, Pearson falls to the ground.

Milwaukee police said someone inside the vehicle fired at him, killing him. 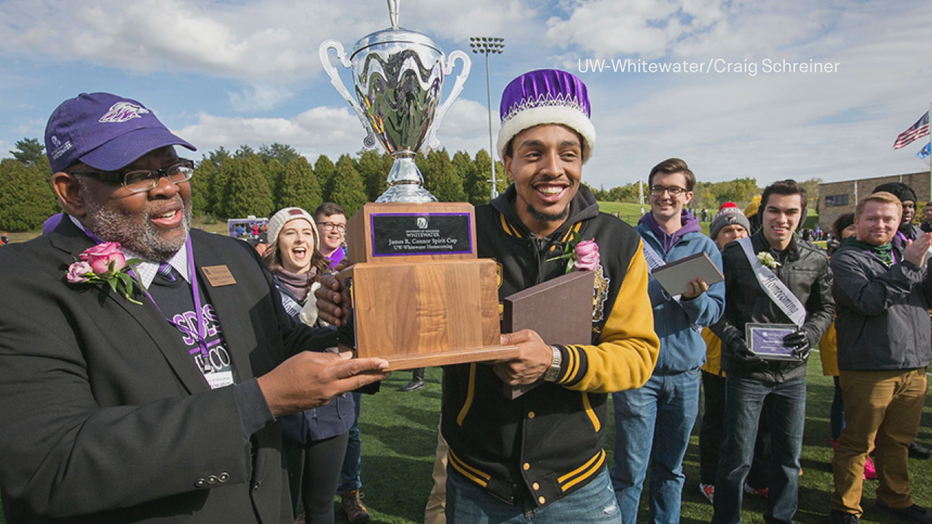 "It was always about changing the world with him, making it a better place," said Langston Charles-El, Pearson's friend.

Known as "Purcy," the recent University of Wisconsin-Whitewater graduate was a beloved member of the Alpha Phi Alpha fraternity, and president of its Zeta Iota chapter. He was crowned campus Homecoming King in 2019. Friends said he studied psychology, and was an aspiring psychiatrist. 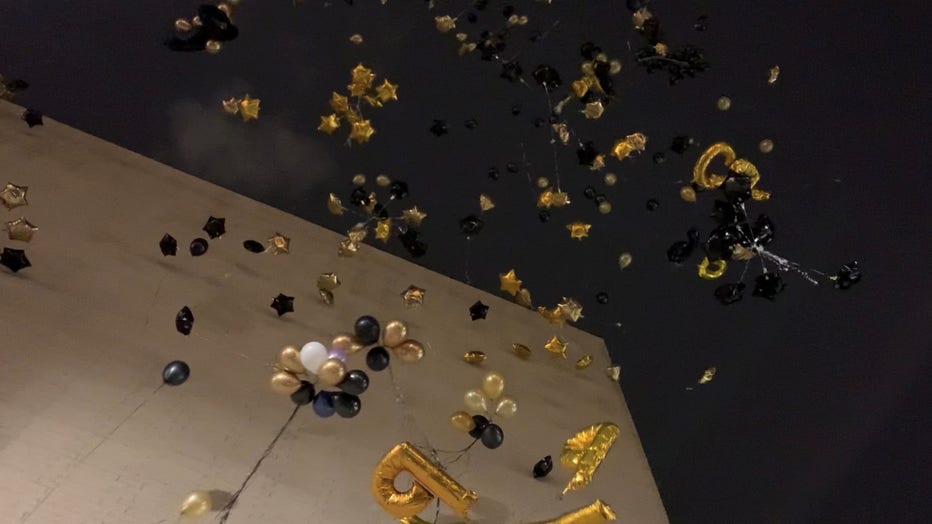 Loved ones prayed together and released balloons in Pearson's honor.

"I just love you, Purcell," said Johnson. "You are a phenomenal young man gone too soon, but we will definitely let your legacy live on past today, and I will guarantee that." 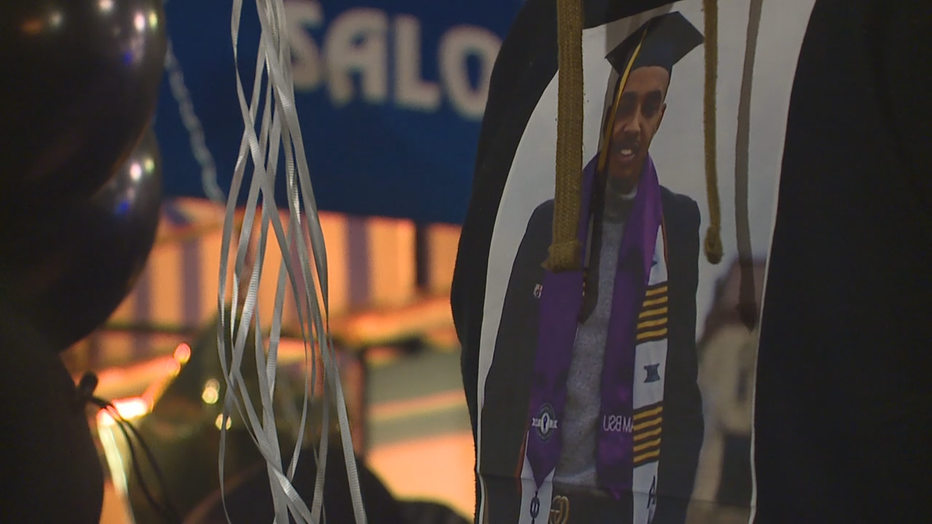 Police are still looking for suspects in connection to this homicide. Anyone with information on the shooter is asked to contact MPD at 414-935-7360 or Crime Stoppers at 414-224-TIPS.

The moments leading up to a fatal shooting near 23rd Street and Wisconsin Avenue on Saturday afternoon, Feb. 6 were captured by surveillance cameras.