MILWAUKEE - Seventeen students ended up in the hospital after a carbon monoxide leak Monday night at the University of Wisconsin-Milwaukee's Cambridge Commons residence hall.

Wednesday, UWM told Contact 6 that none of its residence halls had carbon monoxide detectors. Installation of detectors is now underway – but they are not required under the building code, the university said.

"I think people are definitely a little wary of being back in the building," said student Mia Allen. "I was feeling a bit sick yesterday, but today I'm good."

Allen was among the 400 students evacuated Monday night. More are now back in the building after the university shut off a basement boiler it suspects is to blame.

A letter to students said evaluations since have "found 0% carbon monoxide." 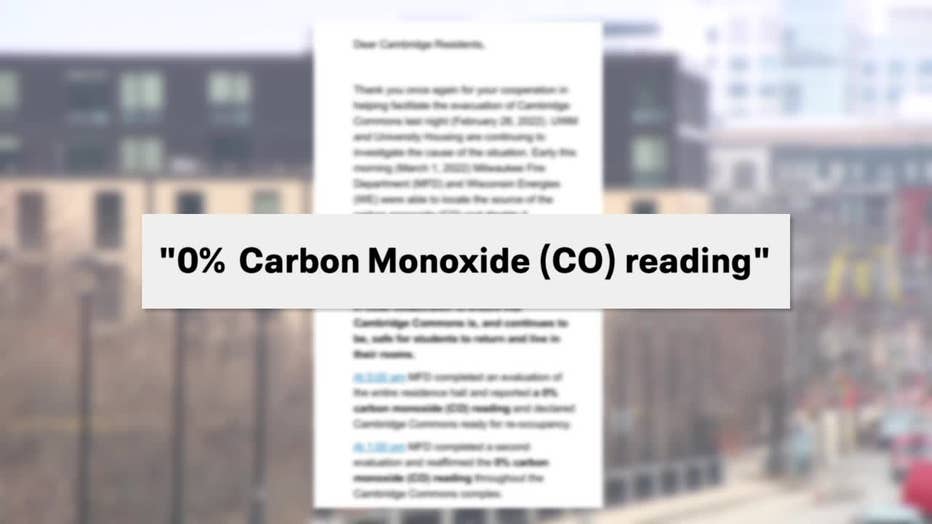 "We don’t know, like, if they have working detectors – because if this happens again, you know, is it going to take people getting sick again, getting hospitalized?" Allen said.

Elizabeth Allen, Mia's mother, turned to Contact 6 for answers: "A CO detector should have picked that up. And that’s why I question, were there working ones? Were there non-working ones?" 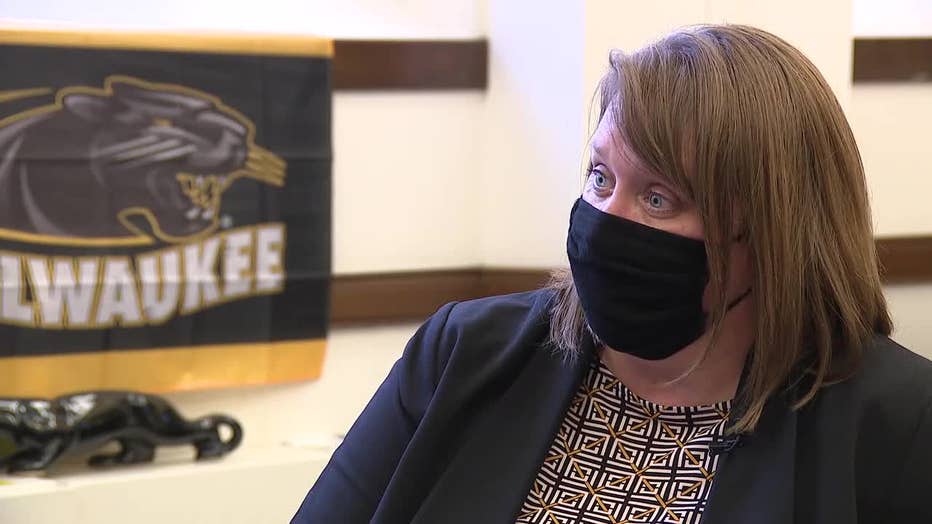 "No, because of the building code. It doesn't require for residence halls to have detectors," said Kelly Haag, UWM's vice chancellor for student affairs.

By the end of the day Wednesday, every UWM residence hall will have carbon monoxide detectors "strategically placed around the building," Haag said. She said the boiler in question is 12 years old and gets routine maintenance. 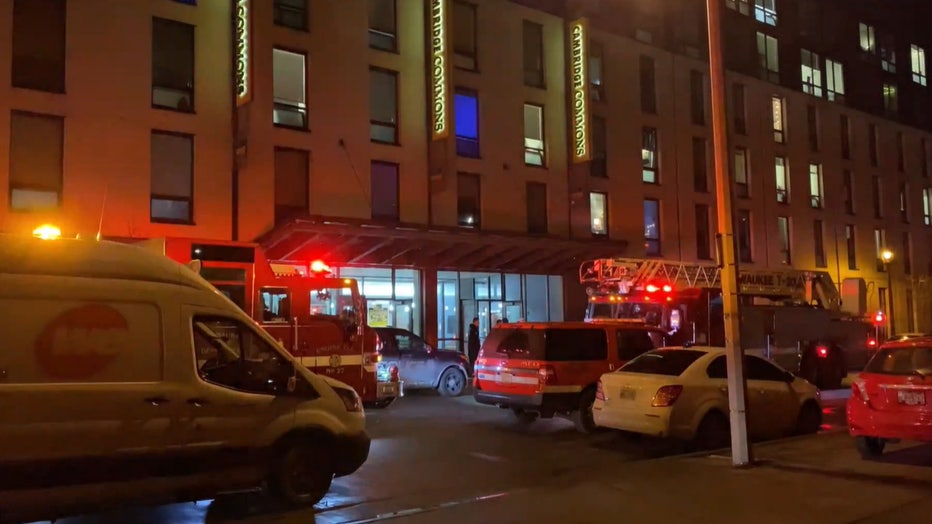 It took students coming to the residence hall's front desk, complaining of headaches and dizziness, to detect the leak.

"It's very scary for the students and families involved, and the staff," Haag said.

At least students who spoke to Contact 6 are getting what they wanted.

"I’m hoping that the university will take steps to make sure that this doesn’t happen again in the future," student Serena Hegle told Contact 6 earlier Wednesday..

UWM said it continues to monitor carbon monoxide levels at Cambridge Commons. Students who live in the north end of the building, near the boiler, cannot return yet; they will live elsewhere while repairs are underway, which could take about a month.

Businesses and education leaders in southeast Wisconsin are pushing the state legislature to invest in education.