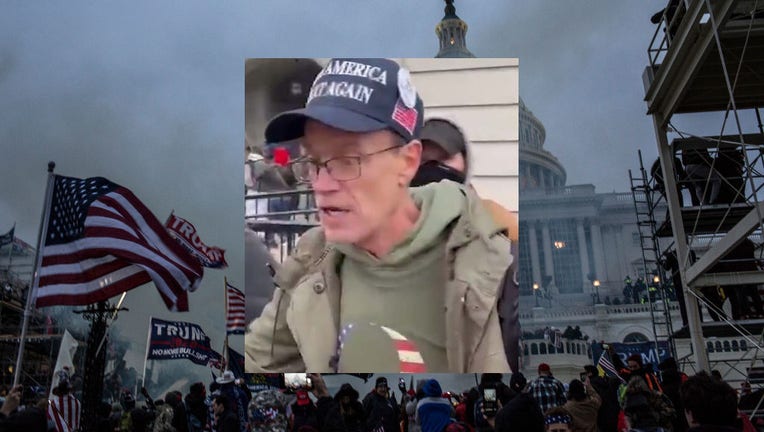 MADISON, Wis. - A Wisconsin man pleaded guilty Tuesday to a misdemeanor charge related to his role in the breach of the U.S. Capitol last January.

Kevin Loftus entered the plea to parading, demonstrating or picketing in a Capitol building. The 53-year-old Eau Claire man appeared by video in U.S. District Court in Washington, D.C. after earlier reaching a plea deal with prosecutors.

The misdemeanor carries up to six months in prison, but the agreement does not recommend a sentence. The deal, however, requires that Loftus pay $500 in restitution to help pay for the estimated $1.5 million damage done to the Capitol during the Jan. 6 riot that broke out as Congress was set to certify the election of Joe Biden as president.

According to a criminal complaint, Loftus was identified using a photograph taken of him in the Capitol. A witness also identified him. When interviewed by the FBI Loftus admitted he walked inside the Capitol on Jan. 6 and took several photos while he was inside the building, the State Journal reported.

At least four other Wisconsin men also face charges for entering the Capitol that day.

Wisconsin Republican Assembly Speaker Robin Vos on Tuesday defended not releasing documents related to an ongoing investigation he ordered into the 2020 election, saying he believes the election was "tainted" but that President Joe Biden won.

Prison for Waukesha stepfather in death of boy with autism

A Waukesha man will spend decades behind bars in connection with the death of his stepson.