Wisconsin Sen. Ron Johnson is raising questions of what the FBI knew before the Jan. 6 chaos at the Capitol.

MILWAUKEE - Wisconsin Senator Ron Johnson is raising questions of what the FBI knew before the Jan. 6 chaos at the U.S. Capitol.

FOX6 News acquired video of the senator speaking after a Milwaukee County Republican event in Wauwatosa.

"I don’t say this publicly. But, are you watching what’s happening in Michigan?" said Johnson in the video. 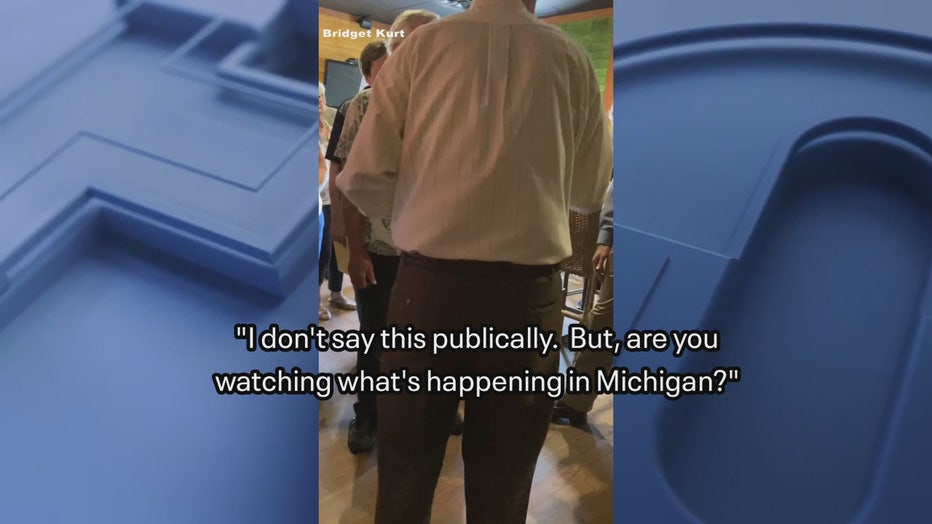 Michigan is the state where the FBI said in Oct. 2020 it broke up a plot to kidnap Michigan Governor Gretchen Whitmer.

"So, you think that the FBI had fully infiltrated the militias in Michigan, they didn’t know squat about what was happening January 6th, what was happening with these groups? There is way more to the story," Johnson said in the video.

There is no public evidence the FBI infiltrated Jan. 6 attackers or knew of specific plans. The senator's office directed FOX6 News to an FBI memo on Jan. 5 warning of threats. Johnson's office said the depth of the FBI involvement in the Whitmer plot raises questions if it had also infiltrated Jan. 6 "agitator groups." 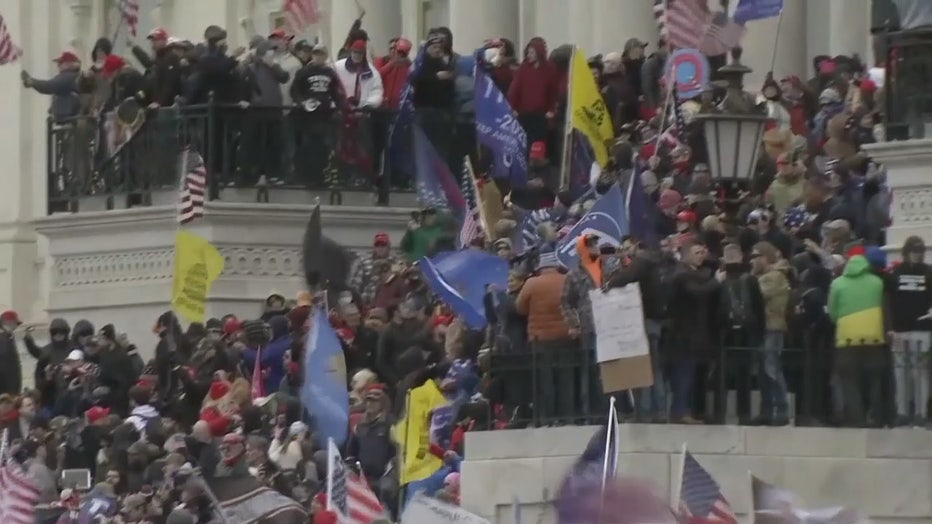 The man speaking with the senator in the video tells FOX6 News he volunteered for the 2012 presidential campaign of Mitt Romney but did not vote for Donald Trump. The man also says he twice voted for Johnson and was once a "big fan" of the senator. He spoke exclusively with FOX6 News off-camera on condition we would not use his name.

The man told FOX6 News his intention in attending the event was to show Republican leaders "that we’re not all drinking the Kool-Aid" and "We’re going to get shellacked in the election if we don’t change course."

The man also wanted them to know some conservatives like him support the House committee investigating the Capitol attack, something Sen. Johnson voted against in the Senate. 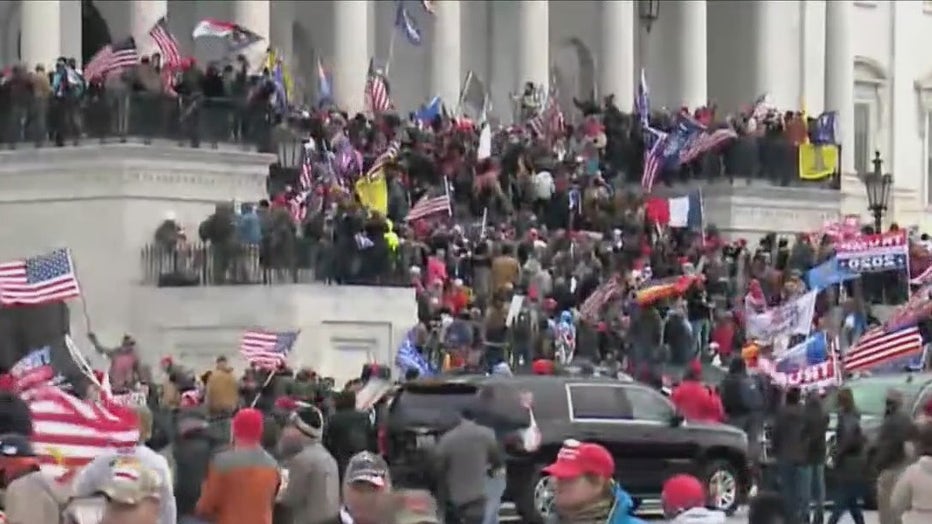 "I’m sorry, that commission that Liz Cheney is sitting: it's a total sham. Are they going to talk about culpability of congressional leadership, both sides?" Johnson told the man in the video.

Johnson said that project is painting nearly 75 million Americans who voted for President Trump as attached with domestic terrorists. He said he is pushing back on that untrue narrative, and repeated that he opposed the violence.

Right after the initial conversation, the person shooting the video, Bridget Kurt, had her turn to speak with Sen. Johnson, bringing up the pandemic.

"I just wanted to let you know there really is a surge in Georgia. I work in hospice, so I just want to make sure you’re encouraging people to get the vaccine," Kurt told him, as captured in her video. 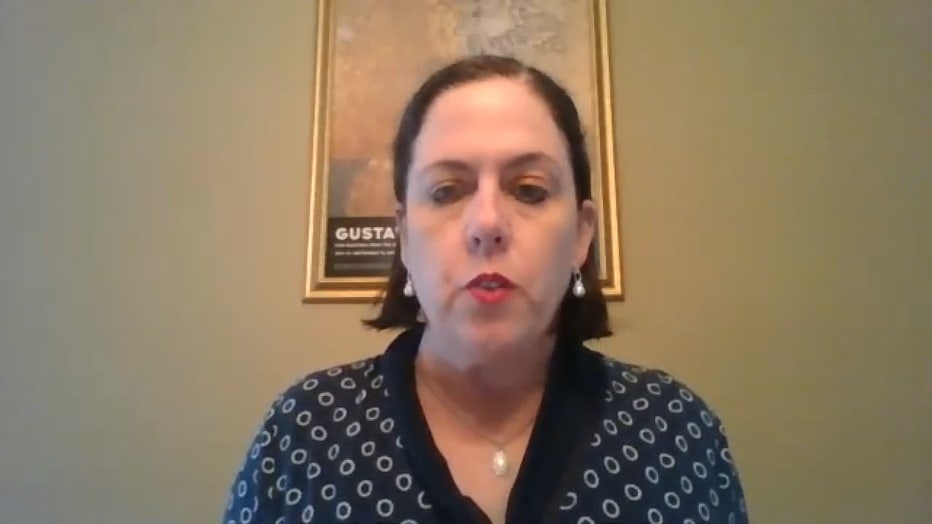 "I’m not going to do that. I don’t encourage or discourage," Johnson responded.

Kurt serves as a hospice educator in Atlanta, but grew up in the Milwaukee area – and was staying at the same hotel as the Republican event.

"I just thought that sharing with him that people in other parts of the country are experiencing a surge," Kurt told FOX6 News. "I am a Republican. I am a very pro-life Catholic. I was involved in the Republican Party when I was in college, I worked with the Republican Party of Wisconsin briefly when I was in college. I campaigned for Republicans. And it really disturbed me that so many Republicans are not standing up for the truth when it came to the Capitol attack or COVID."

Earlier this summer, some conservative leaders speculated FBI operatives helped organize the attack, which is not backed up by evidence. Court documents for those facing charges do not mention FBI informants or undercover agents gathering information before Jan. 6.

Sen. Johnson's office responded to the controversy this new video sparked, by saying it has asked for the Jan. 5 FBI memo – and that the response seems to show the FBI had some intel that something may occur on Jan. 6.

Johnson's spokesperson says he continues to call on the FBI and DOJ to be transparent.

While the man featured in the video wonders, ""What happened to our party?"

Generac Power Systems, headquartered in Waukesha, is expanding with the purchase of a building in Pewaukee that will house roughly 300 employees.