Milwaukee continues to find sways to support the people of Ukraine. Saturday, that support included a cold beer at Black Husky Brewing.

MILWAUKEE - Milwaukee continues to find sways to support the people of Ukraine. Saturday, that support included a cold beer.

At Black Husky Brewing, the fundraiser idea was strong beer for a strong country.

"$2 from every single beer are going to directly to United Help Ukraine," said Sam Engel of Black Husky Brewing. "We didn’t feel we could just sit on the sidelines and not do anything."

For the owners, the cause is personal. Their daughter-in-law, Lena Eichinger, is from Ukraine – and her mother and nephew are still there. 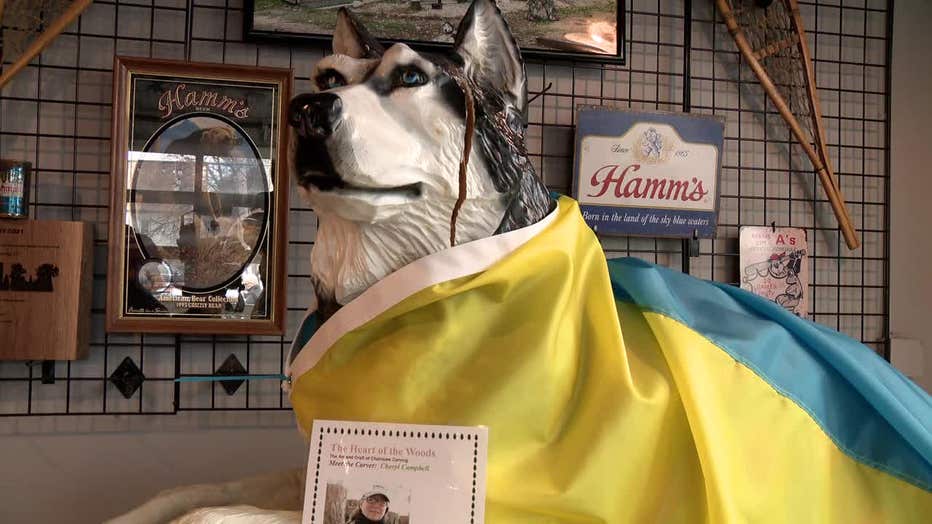 The packed brewery was a sign that Eichinger's new home recognizes that Ukraine will need help for years to come.

"It’s very touching that people support even though it is on the other side of the world," said Eichinger. "People care, and that’s really valuable right now. Any support Ukraine can get is great."

Eichinger hopes military aid is also on the way. For now, Milwaukee gives what it knows best: a cold beer.

"We really believe in this cause," said Engel.

For those who could not make it to Saturday's fundraiser, there is still a way to donate. Visit unitedhelpukraine.org.