'Trapped': Inside the world of sex trafficking in Arizona as Super Bowl approaches

PHOENIX - Arizona's law enforcement continues to raise awareness of the dangers of sex trafficking as Super Bowl LVII approaches, but is the premier sporting event a driver for trafficking or is it a myth?

FOX 10 Investigator Justin Lum takes a deep look at how sex trafficking victims are exploited and the challenge of getting them justice. 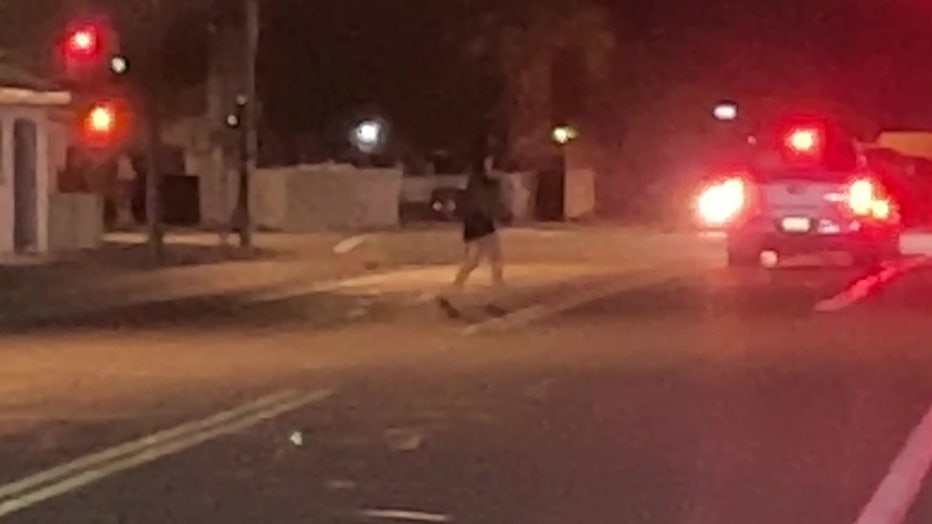 Within the dark side of these streets is a busy black market.

"She’s crossing Missouri coming over to Circle K," a Phoenix Police officer remarks over the police scanner while FOX 10 rides along to witness trafficking first-hand.

A four-mile stretch from Indian School Road to Northern Avenue is known as "The Track," and police say this concentrated area is a prostitution hot spot.

"They’ll just stand right there in the middle of the street and flag traffic down," says Phoenix Police Sgt. Tim Smith. He's with the department's Human Exploitation and Trafficking Unit, known as HEAT. 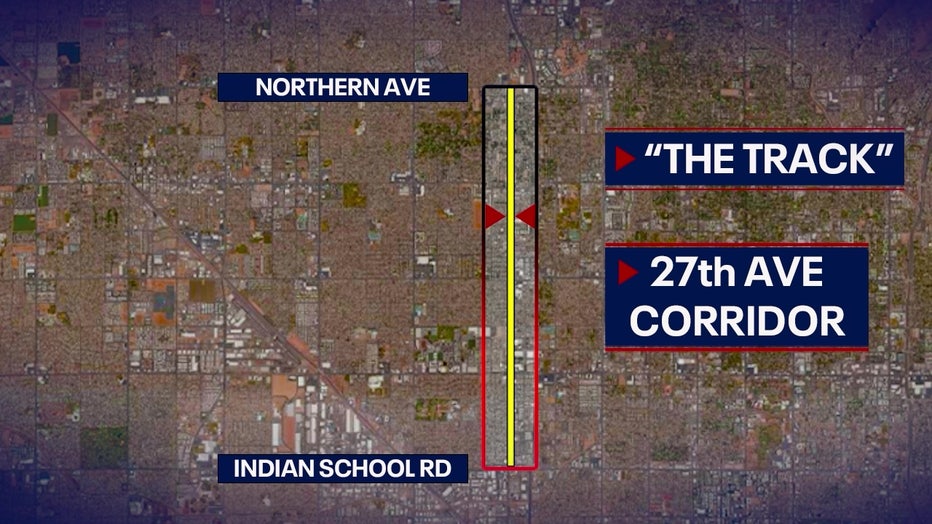 The link between prostitution and sex trafficking is twisted – yet intertwined.

"He’s like, ‘I’m gonna be your daddy. I’m gonna take care of you,'" said a survivor we are referring to as Mary, about the man who trafficked her.

With major sporting events coming to Phoenix on the same weekend – Super Bowl and the WM Phoenix Open – does this issue grow?

"Definitely a playing field for the pimps, this is like Christmas to them," Mary said.

‘There’s a line of traffic stopped …’

"Predominantly, the bulk of the activity is at night. The activity is women out there that out here walking the street, and we know that they’re here along with their traffickers that have frequently brought them here from local areas but also out of state," Smith said. "We’ll notice that they’re dressed to attract, that there’s a line of traffic stopped that they’re waving and flagging down motorists."

While on the ride along, that is exactly what we saw.

"One of our undercovers has established a deal," Smith said.

Once an undercover officer makes a "deal" confirming prostitution is taking place, a marked patrol car arrives and police can arrest who they believe is a sex trafficking victim. That girl is taken to a command post where anti-trafficking advocates provide outreach.

Stacey Sutherland with the Arizona Anti-Trafficking Network called the night of the ride along a win.

"We have encountered 18 potential victims of human trafficking tonight and we have had 100% engage in some form of victim services," Sutherland said. "That can range from detox to housing to bus passes, gift cards, talking with survivors, looking at options to exit the life," she said.

After help is offered, the girls are free to go, but unfortunately, it’s likely they’ll be encountered again.

"I have seen traffickers here on the track in luxury cars like Maseratis, BMWs, things of that nature," Sutherland said.

‘How much money can I take home to daddy?'

Mary says she was 15, working at a hair salon on 27th Avenue when she met the man who groomed her and became her pimp.

"It’ll be nice restaurants, it’ll be designer bags, clothes, shopping, just to get you to trust," she said.

With the Super Bowl set in Glendale, Mary says pimps are prepared.

What led to Mary’s survival? She joined the Human Trafficking Recovery Program at the Phoenix Dream Center where she had her own apartment.

She’s now a mom of twins and works at the Dream Center as a mentor for girls trying to escape the same life she did.

Mary says, "I am so grateful and blessed to sit here at and be able to now be 36, getting an opportunity and being a survivor." 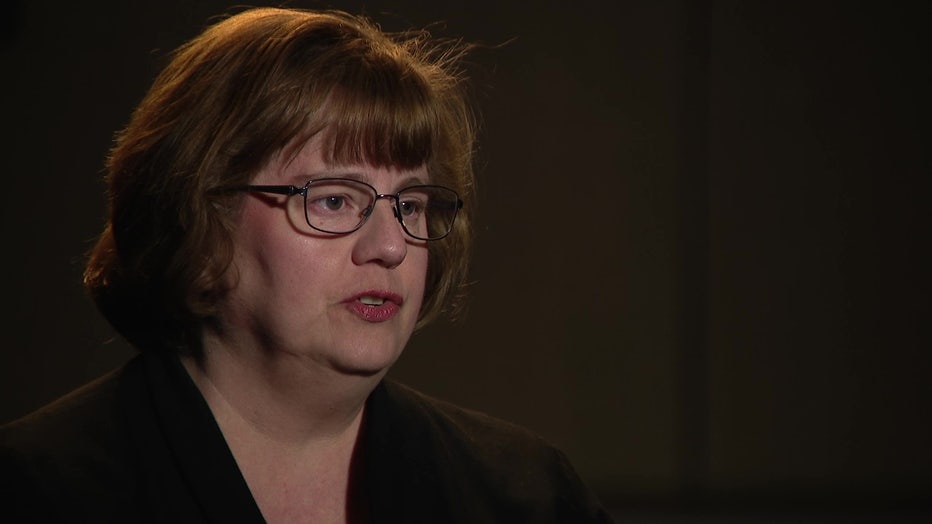 Every year through law enforcement press releases to the public, the Super Bowl gets associated with an increase in sex trafficking.

Is it a myth that gets pushed?

"I don’t want to paint the Super Bowl as an event that causes this. I mean, sex trafficking is always present, but it does move with events," says Maricopa County Attorney Rachel Mitchell.

She has nearly two decades of experience in prosecuting sex crimes, so we wanted her take on the challenges prosecutors face.

Mitchell says, "When you go out on ‘The Track' and you realize what you’re looking at … it really gets you. It’s heartbreaking."

Charging someone with adult sex trafficking requires proof of force, fraud or coercion, and the victim coming forward.

"These are people who often times are running away from a situation that had very negative impact on their life," she said.

Mitchell admits the number of cases is not high, but explains "I would say those numbers are low simply because there are other statutes that we also utilize."

For example, pandering is a statute she says can be used, so we asked for the numbers. Pandering is a sex crime committed when someone encourages or pressures one to engage in prostitution.

MCAO filed only ten out of 21 pandering cases over the last two years.

With an influx of fans for the NFL's biggest game, the megaphone is loudest now as January is Human Trafficking Awareness Month.

Samantha Calvin is an instructor at Arizona State. She teaches students how to identify human trafficking victims in a healthcare provider setting.

"Sex buying might go up but, I don’t think there’s enough empirical evidence or research to say the Super Bowl is directly correlated to trafficking," she says. "We’ve had traffickers who will show up to the emergency department with the people that they’re currently exploiting and sometimes that’s so they can make sure that they know what’s being said to the provider or answer the questions themselves or things like that to control that situation," Calvin explained.

Up to 70% of victims will see a healthcare provider while being trafficked, she said, adding, "But if you can build trust and make it a safe place to come back to, that often can make a big difference." 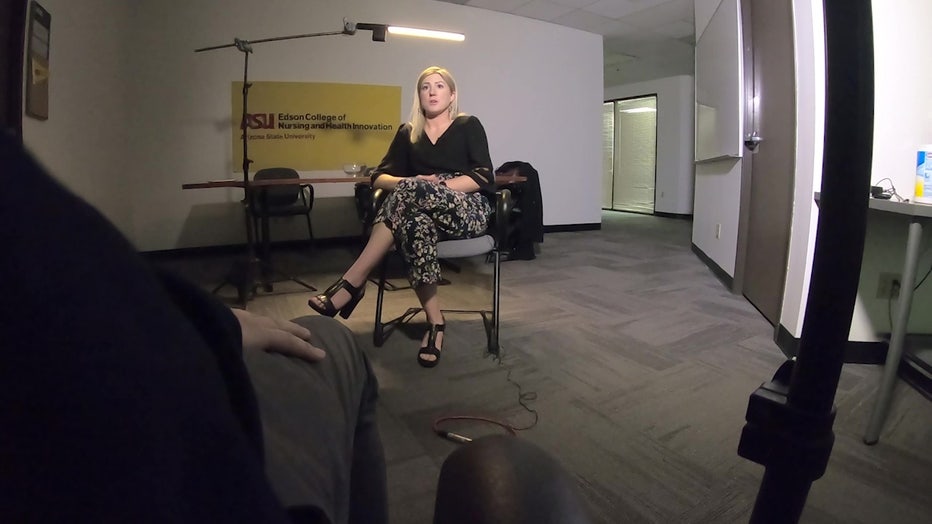 Meanwhile, Scottsdale city employees are trained to identify and report human trafficking. It's the first in Arizona to become a "cease-city."

Alamshaw served in the department's Human Exploitation and Trafficking unit.

Because Scottsdale is a hub for tourism, entertainment, restaurants, resorts and the home of the WM Phoenix Open, Alamshaw has trained employees for the Riot Hospitality Group to look for signs. 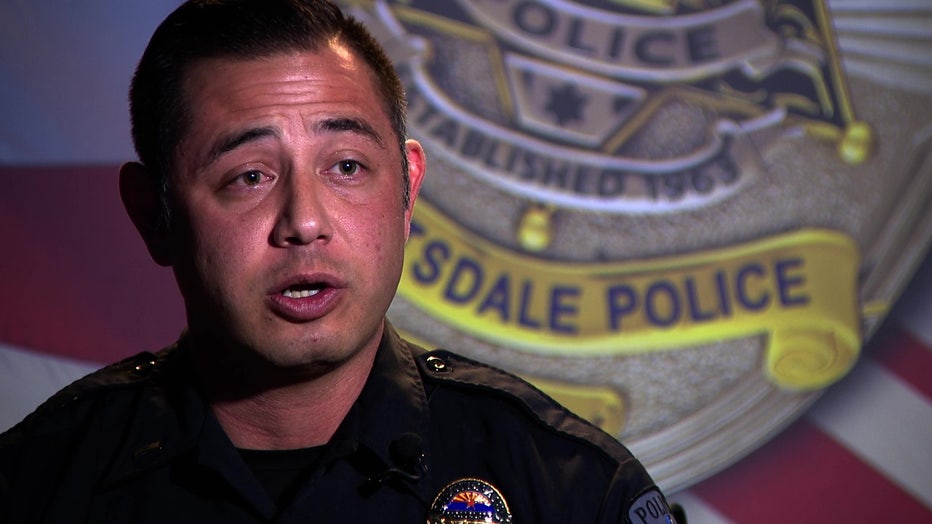 Looking for a way out

According to the National Trafficking Hotline, in 2021 Arizona ranked 13th in the country with 651 reports of human trafficking tips. These latest numbers show officials identified 217 cases and 337 victims.