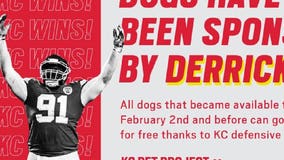 KANSAS CITY, Mo. (WDAF) - Derrick Nnadi is helping homeless dogs find new homes in the wake of his Super Bowl win.The defensive tackle is paying the adoption fees for all the dogs currently available at KC Pet Project.Nnadi has been helping out homeless animals all season though the Derrick Nnadi Foundation's  partnership with KCPP.You can find out how to adopt the dogs here. 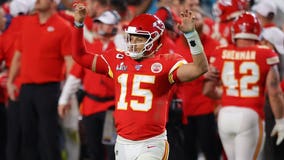 MIAMI GARDENS, Fla. — Uncomfortable and under duress for much of the game, Patrick Mahomes suddenly recaptured his mojo and lifted Andy Reid and the Chiefs to a Super Bowl victory, the team's first NFL championship in a half-century.All it took was falling behind by double digits in the postseason, again. 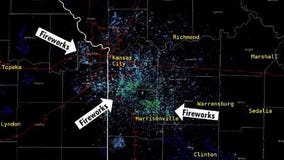 KANSAS CITY, Mo. (WDAF) - The entire Kansas City metro was in full celebration Sunday night as the Chiefs became Super Bowl champions for the second time in franchise history and the first time in 50 years.The National Weather Service in Kansas City released an animation showing fireworks detected by their radar. 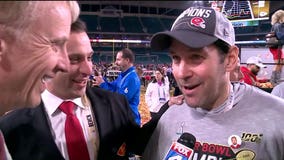 KANSAS CITY, Mo. (WDAF) - The Chiefs are Super Bowl Champions, and it's time to celebrate with a party - possibly one at the home of Paul Rudd's mom."I'm freaking out. 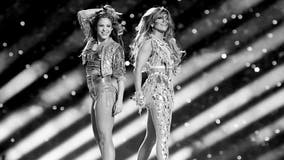 MIAMI — Seizing their opportunity to make a cultural statement, Jennifer Lopez and Shakira infused the Super Bowl halftime show with an exuberance and joy that celebrated their Latina heritage.Their breathless athleticism matched that of the football players waiting in the locker room.Shakira opened with, yes, a hip-shaking performance of “She Wolf” and a fast-moving medley that ended with her signature song, “Hips Don't Lie.”Lopez, in a black leather outfit that her dancers matched, started with a nostalgic snippet of “Jenny From the Block.” She exhibited some startling pole-dancing moves, a reference to her much-celebrated turn in the movie “Hustlers.” At one point she bent into a deep squat while standing on the shoulders of a dancer that likely had muscles aching across the country in sympathy.She tore through “Love Don't Cost a Thing,” “Get Right, ”On the Floor" and “Que Calor,” finding time to slip away from the black leather in to sparkling silver outfit that left little to the imagination.Having, essentially, an opening act for a concert that stretches not much longer than a dozen minutes was a risky move. 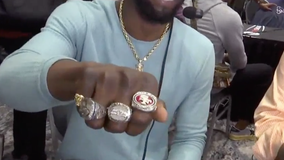 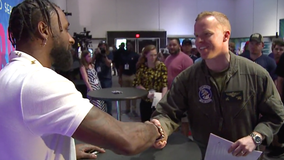 MIAMI – With all eyes on Miami, showcasing just football isn’t the only focus.The military is a fixture at NFL games throughout the season and in an effort to offer thanks, military members got to spend time talking football with Jarvis Landry of the Cleveland Browns.“It’s such an honor to be recognized and for people to show their appreciation for the service and sacrifice that we make in the military,” says USMC pilot Jordan Hedges. “And obviously it’s great for us as well. 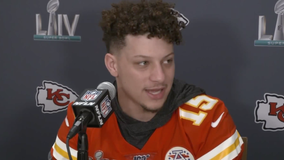 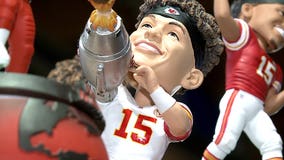 MILWAUKEE -- The Super Bowl is just a couple days away -- and fans nationwide are getting ready to watch the big game. 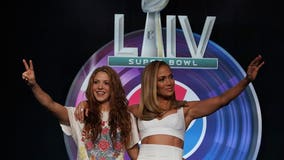 MIAMI — Jennifer Lopez and Shakira said Thursday their upcoming Super Bowl halftime show will pay homage to Latin culture, promising a joint performance that has an empowering message and also one that “spreads love.”“It's a lot of energy. 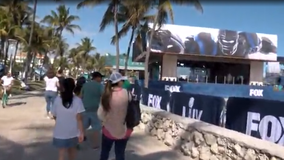 MIAMI (NEXSTAR) — For much of the country, January means bitter cold and snow. 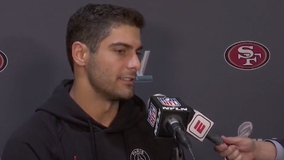 MIAMI (KRON) – As the 49ers get ready to take on the Kansas City Chiefs Sunday, several key players are talking strategy.On Monday, the team had a walkthrough and then on Tuesday, they had the day off from practice.Instead, the players had a light-hearted media session with questions like, "who is the best dancer," or "what character do you play in Mario-Kart?"But at the end of the day, it’s about one thing: how to beat the Chiefs.“Across the board, they’re pretty talented. 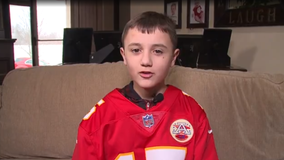 KANSAS CITY, Mo. (WDAF) — A Missouri family is looking to thank the mystery man who helped make the Chiefs AFC Championship game one to remember.Eleven-year-old William Medley said while he was at his first Chiefs game, a man gifted him with a Patrick Mahomes jersey.“I didn’t know what was happening. 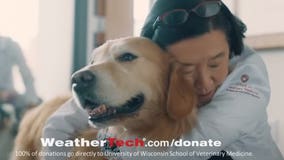 MADISON -- A dog named Scout being treated for cancer at the University of Wisconsin School of Veterinary Medicine will be featured in a Super Bowl ad on Sunday, Feb. 2.According to WMTV, Scout is a golden retriever who also serves as the unofficial mascot for the company “WeatherTech," which makes automotive accessories like customized floor mats. 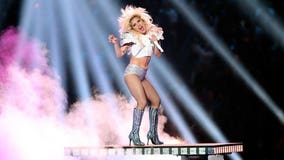 MIAMI -- Lady Gaga is returning to the Super Bowl stage -- sort of.The pop star will perform in an AT&amp;T-sponsored show in Miami on Feb. 1 a day before Super Bowl 54. 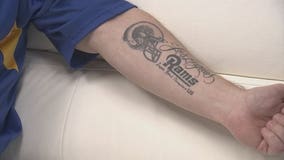 TEMPE, Ariz. -- You might be bold enough before the football season starts to predict your favorite team winning the Super Bowl -- but how about tattooing that prediction on your arm?That's exactly what Los Angeles Rams' fan, Kenneth Dunham, did. 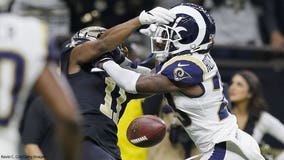 NEW ORLEANS — Redoing last weekend's controversial NFC title game between the Los Angeles Rams and New Orleans Saints would mean a pricey delay of the upcoming Super Bowl, the NFL said Friday.In a legal filing, NFL Chief Financial Officer Joseph Siclare said replaying even a few minutes of the NFC championship game because of a missed passed interference call would force a delay for an event that demands an investment of "more than $100 million," the New Orleans Advocate reported .Siclare's sworn affidavit was submitted by the NFL to get one of two pending lawsuits over officiating moved from state civil court to New Orleans federal court.The filing marks the league's first formal response to a lawsuit by a pair of ticket-holders over the infamous "no call" that ended the Saints' Super Bowl run last Sunday.The league cited a federal law that allows a defendant to automatically remove a state class-action lawsuit to federal court when the parties are from different states and the amount of the damages sought by the plaintiffs exceeds $5 million.According to Siclare, a demand by the plaintiffs for the league to issue full refunds to 72,475 ticket holders well exceeds that benchmark on its own, as the average ticket price for the game hovered around $230. 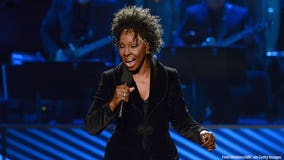 ATLANTA — Gladys Knight will sing "The Star-Spangled Banner" at this year's Super Bowl.The seven-time Grammy Award-winner says she's proud to use her voice to "unite and represent our country" in her hometown of Atlanta.The 74-year-old and the Pips were inducted into the Rock and Roll Hall of Fame in 1996. 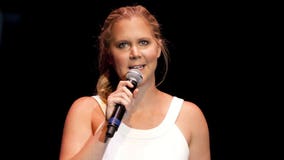 ATLANTA -- Don't look for Amy Schumer in any Super Bowl LIII commercials this time around. 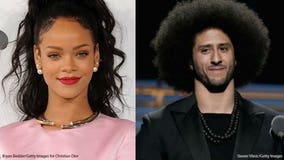 ATLANTA -- Pop singer Rihanna turned down an invitation to perform at the Super Bowl Halftime Show this year.Following in the wake of Colin Kaepernick's footsteps.The former San Francisco 49ers quarterback sparked controversy after he began kneeling during the national anthem at NFL games in 2016.It became national discussion, drawing the ire of President Donald Trump.Nike just released their latest ad featuring Kaepernick with the quote "Believe in something.