MILWAUKEE - A Milwaukee area tow truck driver shared a harrowing story after he was nearly struck Sunday along I-43 northbound amid slick roadways -- pleading with other drivers to slow down with snow in the forecast.

Kris Martinez was trying to tow a vehicle near Holt Avenue damaged in a crash Sunday morning after getting a call just after 7 a.m. 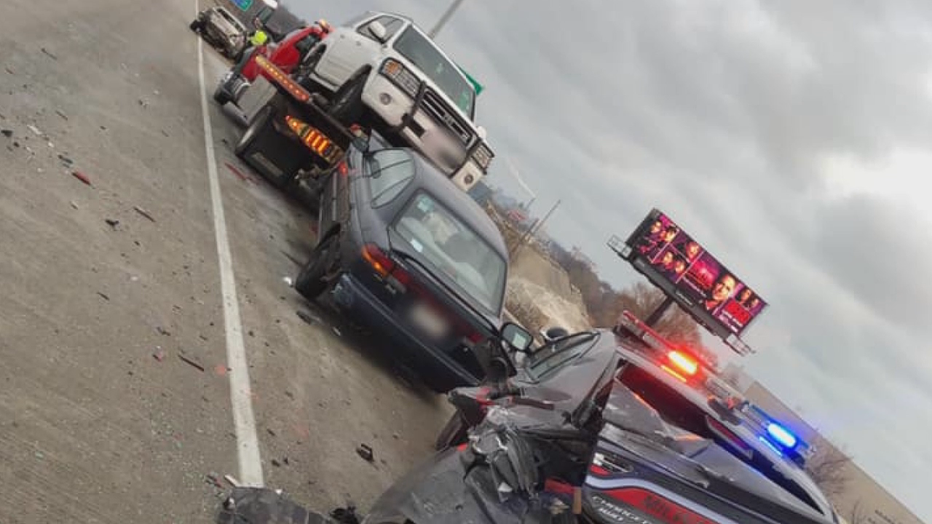 "Backed up to it like normal, hooking it up," said Martinez. "Just as I was getting up from putting my chains on it, I turned to look back towards the squad and I saw a car sliding at me sideways towards the squad car." 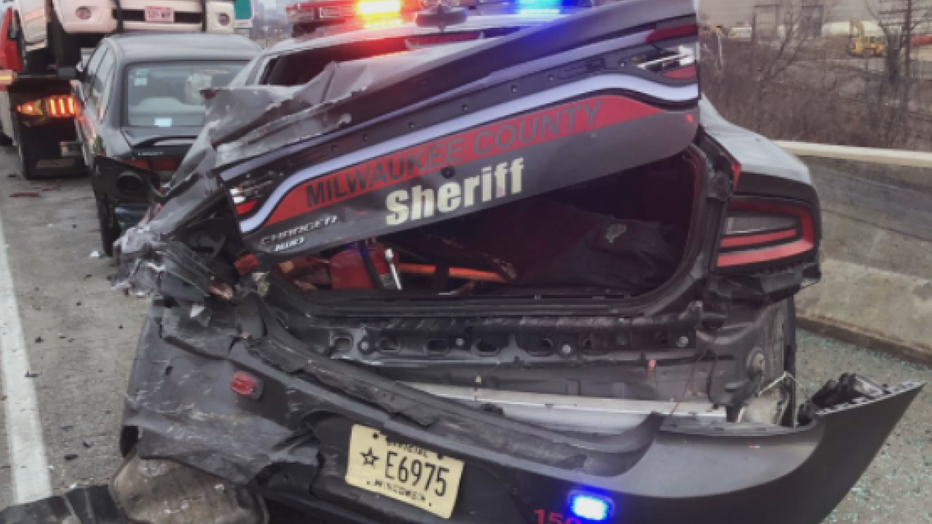 The car crashed into the squad and kept going toward Martinez, cutting his finger, hitting his tow truck and bouncing back into the traffic lane.

"I played it out in my head," said Martinez. "If I did something else different for another second or two, it could've ended really badly." 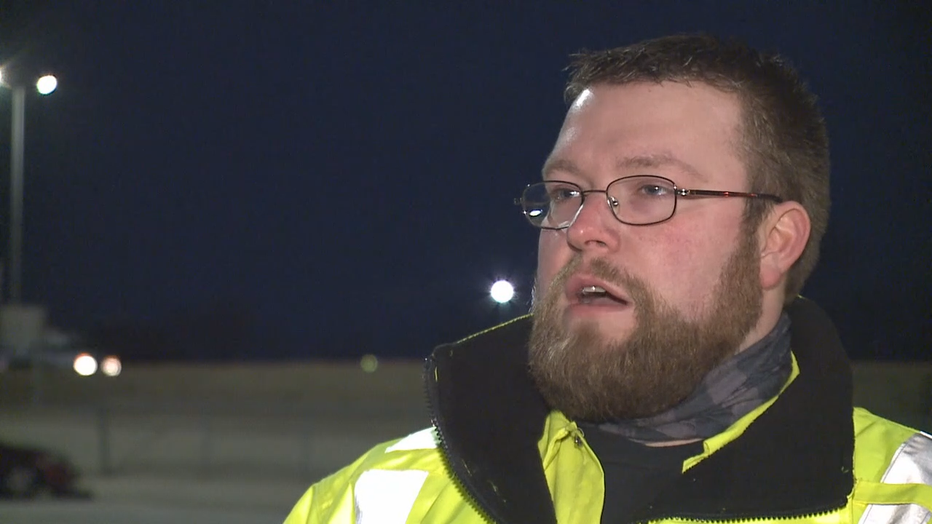 Martinez thanked the deputy, who was concussed and broke a rib from the impact. With snow in the forecast, he wanted to warn drivers to take it easy.

"The glazing on the roadway, the icing, how it looks slick, that should clue to people that it's a different morning," said Martinez.

He and Sgt. Byers ask that you slow down and be aware of your surroundings. 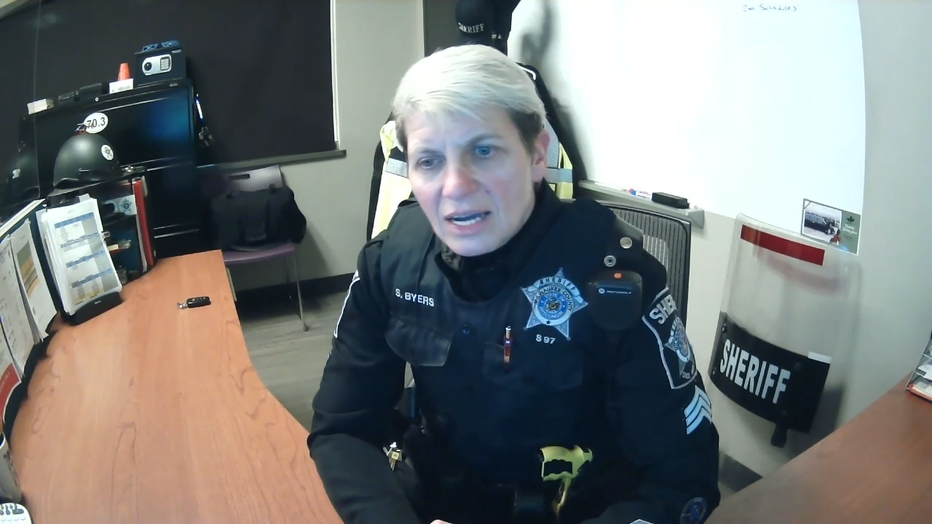 "Just get there safely," said Sgt. Byers. "If you get there a little bit later, you're there though."

The sheriff's office responded to 31 crashes in a six-hour stretch Sunday. Byers and Martinez said this warning is all about ensuring everyone gets home safely.