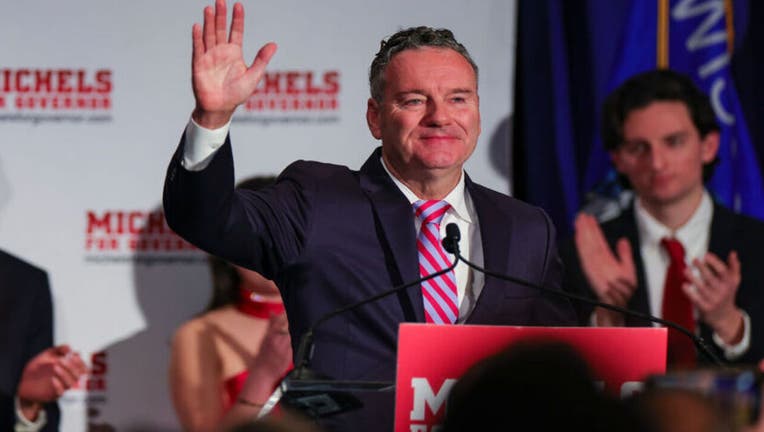 Trump held a rally for Michels the weekend before the primary, but did not return. Michels said he was "convinced" he was going to win, but lost to Democratic Gov. Tony Evers by 3 points. Polls showed the race to be about even for weeks leading up to the election.

Michels said Tuesday on The Jay Weber Show on WISN-AM that he spoke with Trump about a week before the November election.

"He said, ‘I’m not going to come in. You've got this thing. I've seen all the numbers. It looks really strong, congratulations,'" Michels said of his conversation with Trump.

Michels, in his first extensive public comments since his defeat, added: "We were convinced that we had this."

Michels touted the Trump endorsement in the primary, helping to fuel his win over former Lt. Gov. Rebecca Kleefisch.

Michels rarely brought up the Trump endorsement as he tried to win over more moderate, independent voters in the general election. Trump won Wisconsin in 2016 but lost it in 2020, and polls showed him unpopular among voters, leading many Republicans to distance themselves from him in the midterm.

Michels said in addition to Trump, other prominent Republicans who told him they were confident he was going to win included former House Speaker Paul Ryan, former Trump White House Chief of Staff Reince Priebus and former Wisconsin Gov. Tommy Thompson. Priebus, who previously served as Wisconsin state Republican Party chair before leaving to lead the Republican National Committee in 2011, did campaign with Michels in the closing days of the race. Thompson cut an ad for Michels.

Ryan, who clashed with Trump during the first two years of his term, called Trump "a drag on the ticket" following the midterm election results where Democrats performed better than many expected.

Michels said there needs to be a "complete revamping" of how the Wisconsin Republican Party runs campaigns, saying in some ways the GOP is years or decades behind Democrats. He specifically cited Democrats' abilities to target and turn out voters, saying the 90% turnout in liberal Dane County was a "huge, huge hurdle" for Republicans to overcome.

He also called on Republicans to "stop this tribal in-fighting" and unite its various factions, including what he called the more conservative "patriot groups," county party leaders, backers of Thompson and those loyal to former Gov. Scott Walker.

Michels said he wasn't trying to blame anyone for his defeat, saying "I take full responsibility for the loss."

Michels, along with his brothers, runs Michels Corp., the state's largest construction company. He said he is focused on making money to recoup the more than $15 million he spent on the race, but will remain involved in politics. He did not say whether he would run for office again.

Michels lost a Republican primary for state Senate in 1998 and a U.S. Senate race in 2004 to Democrat Russ Feingold. The governor's race this year was his first campaign in 18 years.