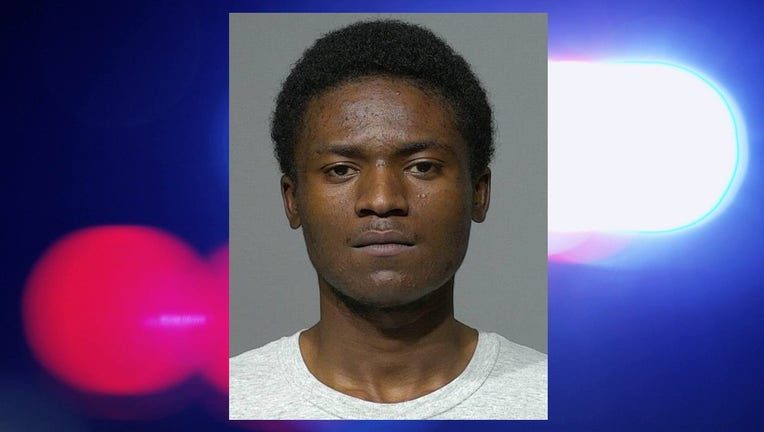 MILWAUKEE - A 19-year-old Milwaukee man has been charged in connection with a hit-and-run crash involving a pedestrian and a police pursuit.

According to the criminal complaint, on Sunday, April 24 officers were dispatched to the area of Teutonia and Atkinson to investigate a hit-and-run crash. When they arrived on the scene, officers saw multiple citizens rendering help to an injured person.

A witness told officers the victim was crossing the street when a black and green Chevrolet S10, traveling at a high rate of speed, struck the victim. The victim was taken to Froedtert Hospital. The pedestrian suffered multiple injuries include a punctured lung, broken clavicle, and a broken right femur.

According to the complaint, pole cameras at the intersection of Teutonia and Capitol showed the suspect vehicle going through a red traffic light less than four minutes before officers were dispatched to the scene. Surveillance footage from L&S Liquors captured the suspect vehicle striking the victim. The video shows the victim being thrown in the air – and landing approximately 100 feet from where he was struck. The striking vehicle did not stop.

The complaint indicates on Tuesday, April 26 officers spotted the suspect vehicle in the area of 12th Street and National Avenue, and attempted a traffic stop. The vehicle did not stop and instead accelerated away.

Two successful stop sticks were deployed, and the vehicle finally stopped at the side of the road along I-43 between mile marker 41 and 42. The total pursuit was 37 miles long, reaching speeds of 120 mph. The driver of the fleeing vehicle was identified as Thomas Poe.

A search of the suspect vehicle was conducted. Officers recovered a bag of suspected marijuana from the driver’s seat, multiple plastic corner cuts throughout the vehicle on the floorboards, a box of sandwich bags in the glove box, and a scale on the front passenger seat. In a concealed air vent in the center console were two clear plastic baggies containing suspected cocaine and fentanyl.

In an interview with investigators, Poe admitted that it was his vehicle and that he was the driver of the vehicle during the fleeing incident. According to the complaint, Poe initially denied involvement in the hit-and-run crash that happened less than two days earlier. Poe then changed his story and admitted that he was in fact operating the vehicle at the time that it struck the pedestrian on April 24.

Poe then stated that instead of braking when he spotted the pedestrian, he just "closed my eyes" and continued traveling northbound. Poe then gave a detailed explanation how he observed the victim in the roadway and allegedly attempted to "swerve left," but the victim "jumped back" so he "cut back right" and struck the victim.

Poe stated that after he struck the victim, he "opened his eyes" and observed him "go to the right" and was lying on the ground on the east side of the street as his vehicle continued traveling northbound, the complaint says. Poe stated that he then continued operating his vehicle northbound away from the scene.

Poe made his initial appearance in Milwaukee County court on Saturday, April 30. Cash bond was set at $40,000. Poe is due back in court for a preliminary hearing on May 10.