MILWAUKEE - The trial of a man charged with shooting and killing a Milwaukee attorney is set to begin Tuesday after being delayed earlier this month because of COVID-19.

Jury selection begins Tuesday. There will be 14 jurors selected, with two alternates.

The 32-year-old Edgecomb is charged with first-degree intentional homicide and bail jumping in the September 2020 shooting of Milwaukee immigration attorney Jason Cleereman.

Investigators say there was an altercation between Edgecomb and Cleereman prior to the shooting. Cleereman was a passenger in a car with his wife; Edgecomb on a bicycle. 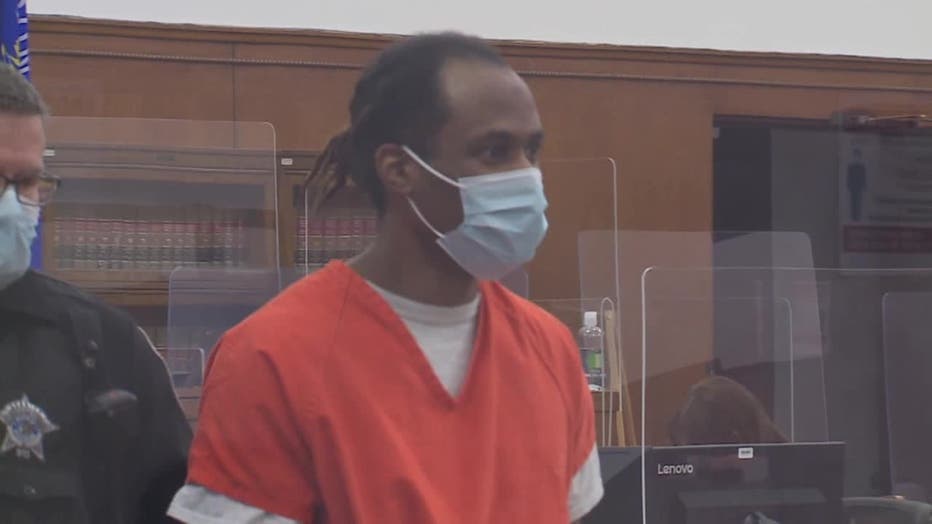 The video shows Cleereman’s vehicle following Edgecomb onto the Holton Street bridge. The Milwaukee attorney hopped out and was shot in the head.

Edgecomb was out on bail at the time of the shooting in a domestic violence case and ordered to not possess a weapon.

Edgecomb’s defense argues it was self-defense.

"There was another reason for his flight, which we know what that is, it pertains to the other bail jumping charges," said Edgecomb's defense attorney, Aneeg Ahmed.

Edgecomb was arrested in Kentucky nearly six months later. It's alleged Edgecomb gave a false name during a traffic stop.

"Had the defendant stayed on scene, called 911, done all those things, that’d be one thing that the state would have to deal with," said Grant Huebner, Milwaukee County Assistant District Attorney.

Supporters of Edgecomb have called for the removal of Borowski, claiming he is biased and unfair to the defense attorneys.

Borowski not commenting on the claims of outside groups as the case is pending.

Jury selection is expected to be completed Tuesday with the trial lasting at least through the end of the week.

The Milwaukee County Medical Examiner's Office has identified the 8-year-old girl who was killed in Milwaukee on Saturday, Jan. 15 as Tiana Huddleston.