Holiday shoppers were out in force Thursday morning, getting last-minute items for Thanksgiving meals at the Meijer in Wauwatosa.

WAUWATOSA, Wis. - Holiday shoppers were out in force Thursday morning, getting last-minute items for Thanksgiving meals.

At Meijer in Wauwatosa, one shopper said it is important to hustle and be creative.

Chalmers was not alone. Store Director Jarrett Boyer said the morning of Thanksgiving is always busy.

"Always fun on Thanksgiving morning to see who forgot something," Boyer said. "There is people who will want that freshest turkey, so they come in the morning of to get that last bird. Then we have people who realize they needed the potatoes, or the cream cheese, or the sweet potatoes, or just something that they thought they had and don’t anymore." 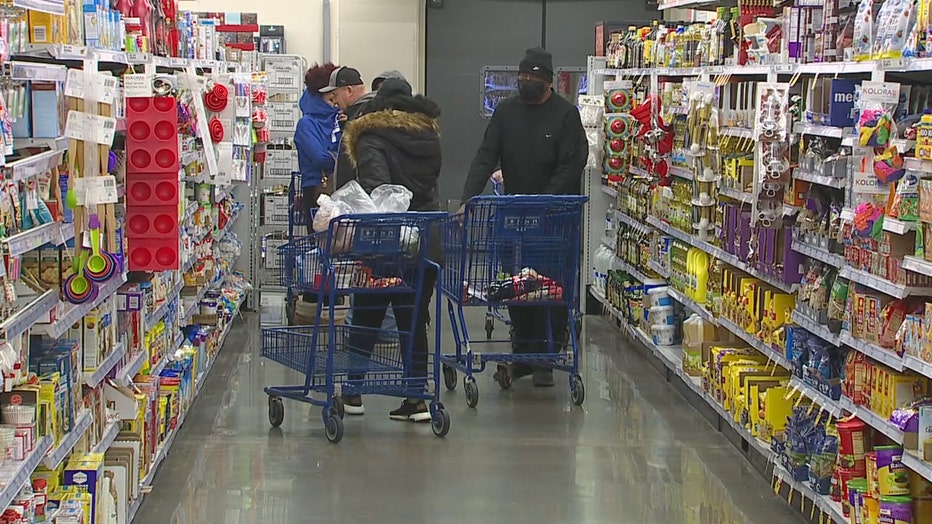 Thanksgiving shoppers at Meijer in Wauwatosa

Many last-minute items are must-haves you'd expect: potatoes, stuffing and even the occasional turkey.

"It’s a fun morning, it is last-minute shopping, so it’s those little small orders. It’s real easy for us to adjust for those things and plan ahead for that," said Boyer.

As shoppers looked to check out, it was hard to miss the Black Friday deals on the horizon.

"Just come and get it while it lasts," Chalmers said.

With Thanksgiving officially in the books, the shift now turns to Black Friday. Meijer said it will be participating – selling things like shoes, clothes and even TVs. It’s going to be happening on Friday and Saturday from 6 a.m. to 11 p.m.

The Milwaukee Department of Public Works will be modifying certain operations due to the Thanksgiving holiday.

For many local families running or walking a 5K on Thanksgiving morning is a tradition and this year it’s back!

FOX6 Investigators dig into a school administrator who encouraged an academic program that paid her husband.