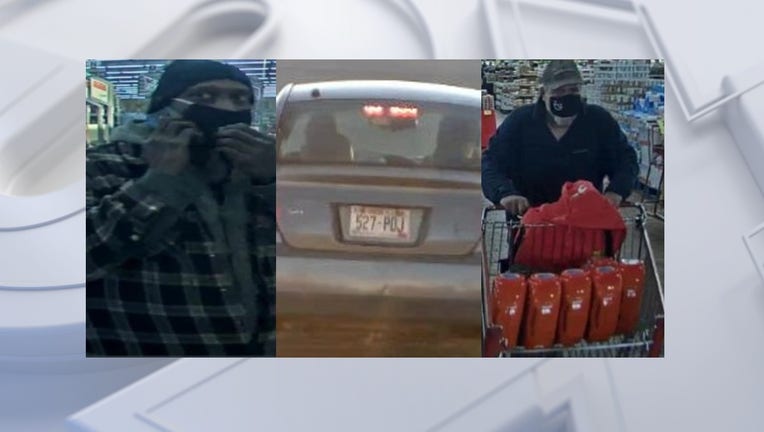 According to police, two male suspects stole $300 worth of miscellaneous grocery items. The suspects were both seen leaving the parking lot in an older model silver Saturn bearing WI license plate #527PDJ. The suspect vehicle was missing the front driver's side hubcap.

If you have any information regarding the identity of these suspects, please contact the Menomonee Falls Police Department and ask for Officer Napientek regarding case #20-037285.

To make an anonymous tip, contact Waukesha County Crime Stoppers by calling 1-888-441-5505, through the website at www.stopcrimewaukesha.com, or through the new P3 phone app that can be downloaded through either the App Store or Google Play