Video, cropped by the Pasco County Sheriff's Office, shows a man who supposedly broke into a Holiday home and started to remove his pants before being scared off by the homeowners.

HOLIDAY, Fla. - Deputies in Pasco County say they’ve now identified the man who was caught on video breaking into a home and creeping into a girl’s bedroom.

According to the sheriff’s office, Thomas Marnets of Longwood was arrested late Thursday based on tips from several people, including his own sister.

Early Thursday morning, surveillance video from inside a Holiday home caught a man breaking in and going into the room where a 9-year-old girl was sleeping. The footage shows the man exiting the room, apparently undoing his shorts, and then entering the girl’s room again, the sheriff's office said.

Eventually, the family's dogs started barking and chased the man from the home.

Man arrested for breaking into little girl's room in Holiday

The sheriff’s office released the home surveillance footage later that morning, asking the public for help identifying him. Deputies say "multiple" people identified Marnets as the suspect; the tipsters included his employer and sister. 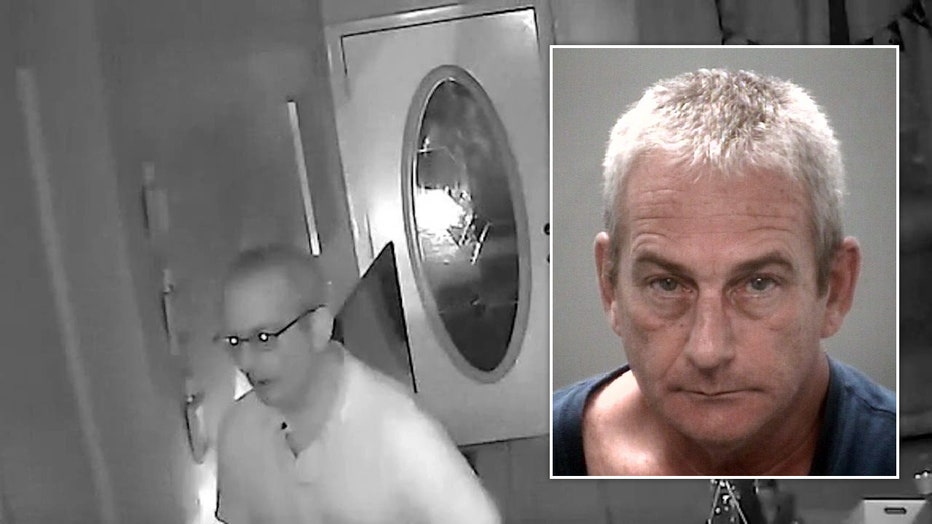 Detectives say, when they went to question him at the Champion Inn on U.S. 19, Marnets was wearing the same shorts seen in the footage, as well as the same watch, bracelet, and glasses.

The 52-year-old was arrested for burglary of an occupied dwelling, though he denied committing a burglary and allegedly told detectives, "I didn’t take anything."

Deputies say there's no indication that Marnets knew the victims.