Ask any lover of live music, and they will tell you there are not many music festivals better than the Big Gig.

"The music and just the atmosphere, and I love walking down by the lake," said Cheryl Seamars of Loveland, Florida.

After the entire festival was canceled in 2020, then pushed into fall of 2021, Summerfest is still drawing thousands to the lakefront for shows on nearly a dozen stages. However, the return is not exactly a crescendo for live music.

"Definite decrease in the crowd, no question about it," Pam Masilotti of West Allis said. 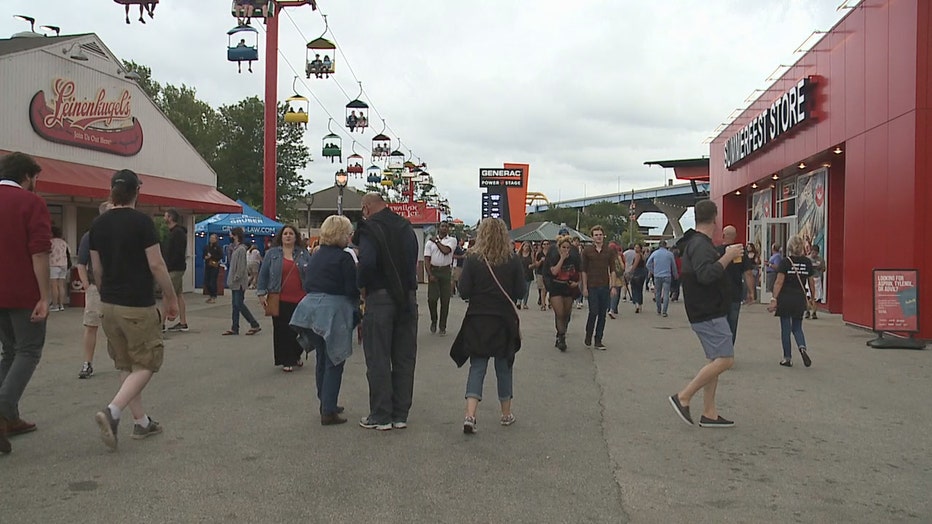 Masilotti has been coming to Summerfest for three decades. She said a combination of things could be keeping people away – like fear of COVID-19, the shift to September and rainy weather.

"Everything's much more low-key. There isn't this traffic through this area right here like there has been in the past," Masilotti said.

Others said even the COVID-19 protocols were enough to keep people away. But for newcomers and long-time customers alike, a little more personal space marked a nice addition.

"This is kind of great for me, because I don't need to be...I'm from Chicago and there's people everywhere, so this is kinda nice because right now, it's not super crowded," said Dawn Opitz.

Summerfest told FOX6 earlier in the week that it plans to test the weekend-only format again in 2022. Right now, the plan is to bring shows back to their original timeframe of June and July.

A moving company found a Fond du Lac County sheriff's badge from the 1920s while cleaning out an old Oshkosh bank.

Jazz in the Park devotee remembered, helped form many friendships

Hundreds in Milwaukee are mourning the sudden passing of a well-known man who made Jazz in the Park a place to make life-long friends.

The northbound Interstate 43 on- and off-ramps at Kilbourn Avenue have reopened, the Wisconsin Department of Transportation (WisDOT) announced.