An organization that helps Milwaukee's homeless community has been targeted by arsonists. Investigators say someone set the Street Angels Homeless Outreach bus on fire. A gas can was found near the burning vehicle.

MILWAUKEE - An organization that helps Milwaukee's homeless community has been targeted by arsonists. Investigators say someone set the Street Angels Homeless Outreach bus on fire. A gas can was found near the burning vehicle.

"My heart sank. I couldn’t stop shaking like why is this happening?" said Shelly Sarasin of the Street Angels.

At 26th and Scott on Milwaukee's south side, you will find the remnants of arson in a parking lot. The Street Angels Homeless Outreach bus has been destroyed by fire. 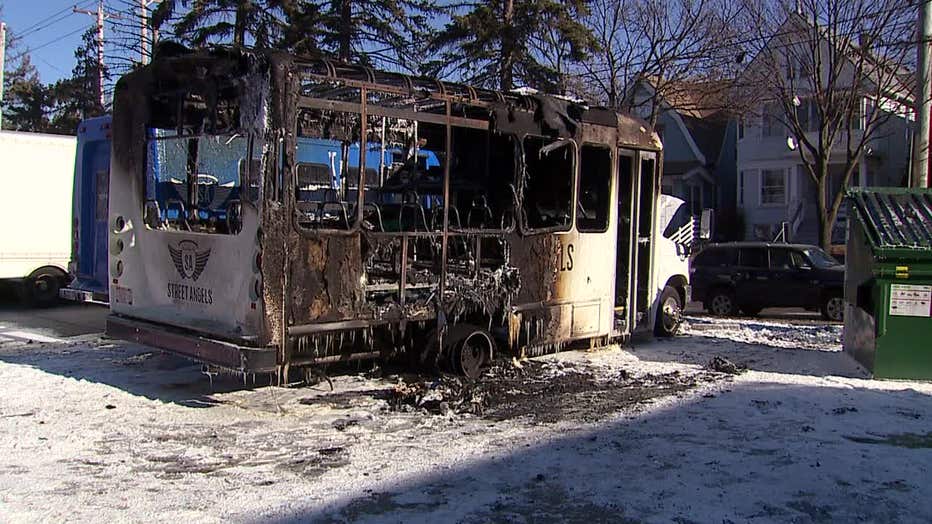 "My heart dropped into my stomach, and initially I prayed that it was somebody playing a mean prank or something," said Eva Welch of the Street Angels.

Firefighters were called to the parking lot around 10:10 p.m. Thursday, Jan. 20. The Street Angels executive directors say a gas can was found near the burning bus.

Neighbors shot video on their phones which show how quickly the vehicle went up in flames. 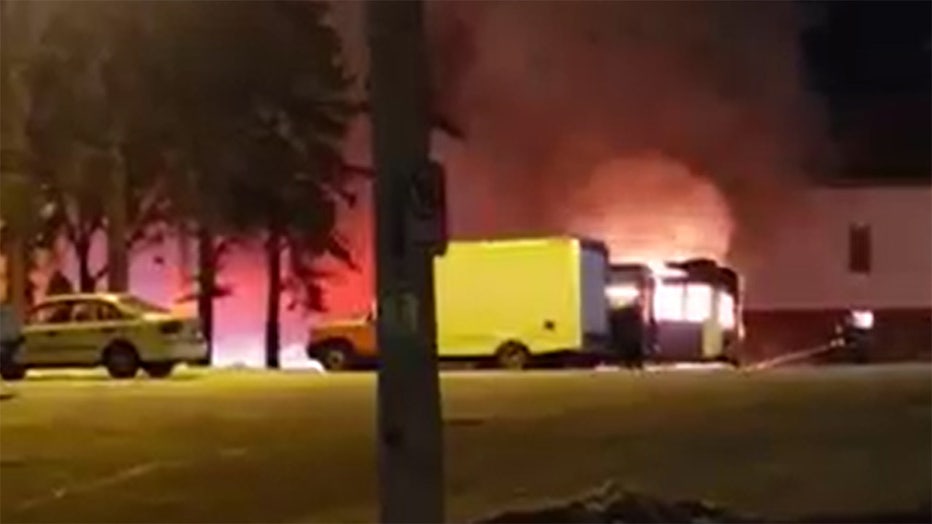 "Just to see it destroyed like that is just devastating," Sarasin said.

The bus was purchased three years ago with community donations. It is one of two Street Angels buses used to help the homeless community – providing hot meals, necessities, and transporting people to shelters. 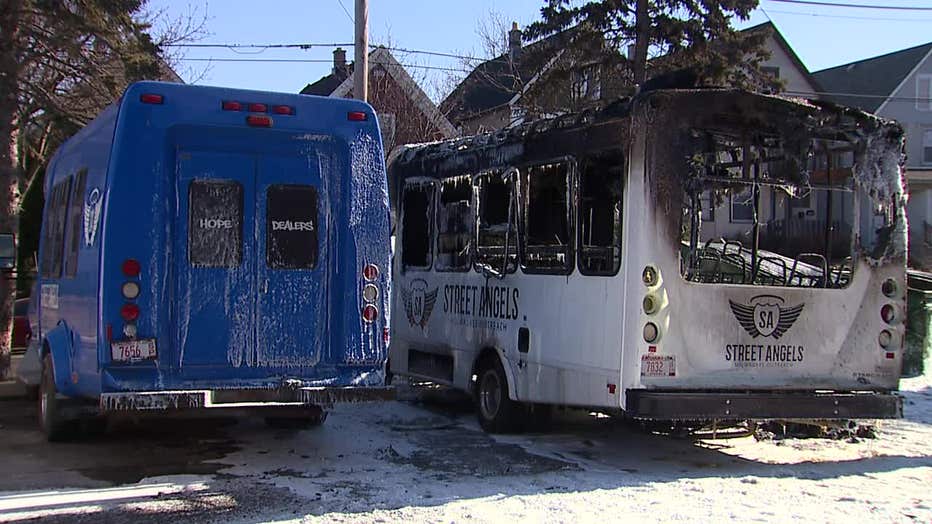 The arson comes a year to the day that catalytic converters were stolen from the buses.

"If we’ve gotten through that, we’ll get through this and come out better than we were before," Sarasin said.

An organization that does so much good for others is now looking for the same love in return. 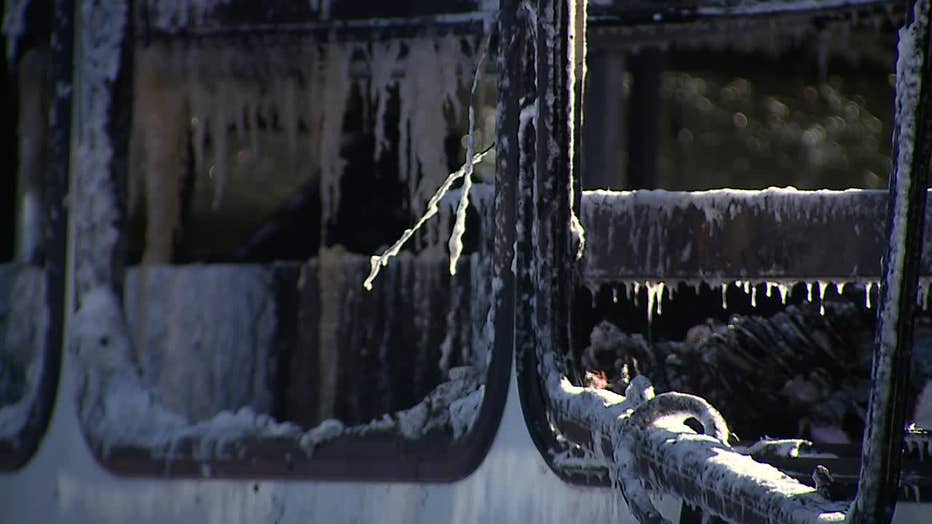 "The community won’t let us down, and we’re not going to let our friends on the street down," Welch said.

Street Angels will be using its second bus that is slightly smaller and damaged by the fire to continue its work on Sunday.

Anyone with any information is urged to contact Milwaukee police at 414-935-7360 or to remain anonymous, contact Crime Stoppers at 414-224-Tips or P3 Tips App.

A Milwaukee County judge sentenced Kemonta Mills to 23 years in prison in connection with a fatal shooting that happened near 6th and Wright in April 2020.