But instead of just talking about students, FOX6 wanted to talk directly to them. With their parents’ permission, five high school students from different districts shared their pandemic learning experiences in a wide-ranging video call. The dominant theme of the conversation was mental health. 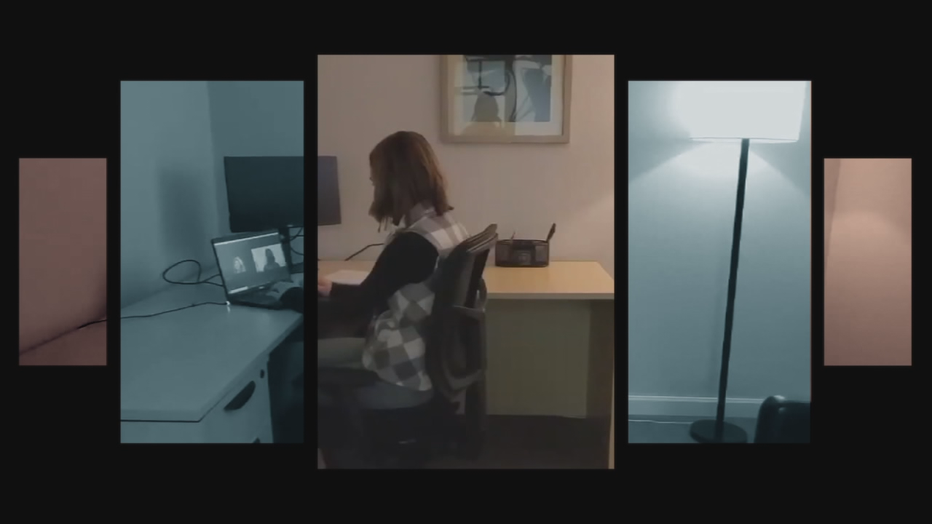 "Mental health really needs to be talked about more, and I feel like it’s not," Racine Unified School District senior Hailey Mattek said.

"I have two parents that are both high risk, and I took [the pandemic] very seriously," Hailey said.

Even though the students had different experiences, they all describe similar feelings when school buildings closed a year ago and they rapidly shifted to at-home learning.

"We were all scared," Kenosha Unified School District sophomore Emma Meadows said. "We didn’t know what was going on, what the pandemic meant. And so I felt locked at home." 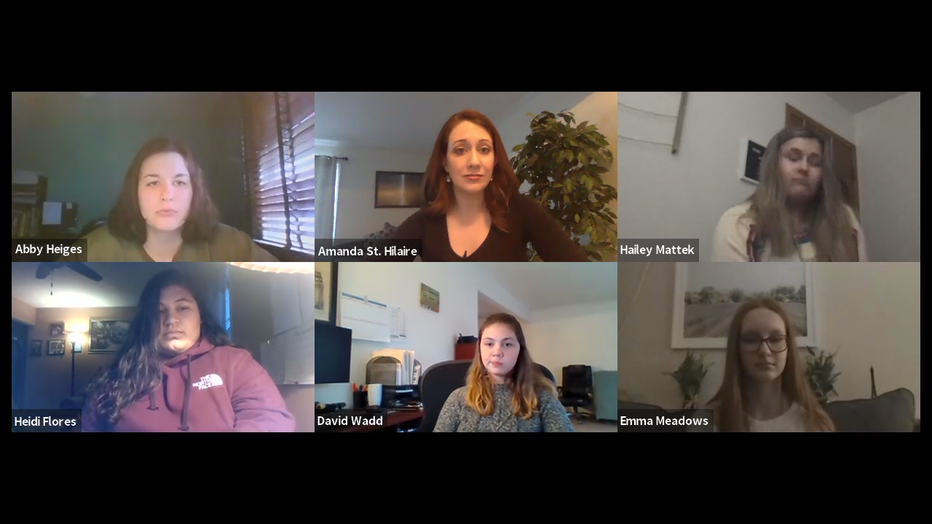 "I would basically be feeling that yeah, I’m just locked in my room for eight hours a day staring at a computer screen learning stuff even though I feel like I’m not actually learning anything," Emma continued. "It just takes away all your motivation."

"Sitting in front of a computer every day is just like tiring and draining, mentally and physically," Oak Creek-Franklin sophomore Abby Heiges said.

"While I was in virtual, my motivation really went down," West Allis-West Milwaukee freshman Izabella Barrera said. "It plummeted.... it was just sitting in front of a computer screen for eight hours straight. And while it may not seem exhausting, it really is."

"When it kept going, it was very confusing because nobody really explained why," Waukesha freshman Allison Wadd said.

Hailey, Emma, Abby, Izabella, and Allison say they got through the spring semester as best they could. But fall did not bring the relief they hoped it would. 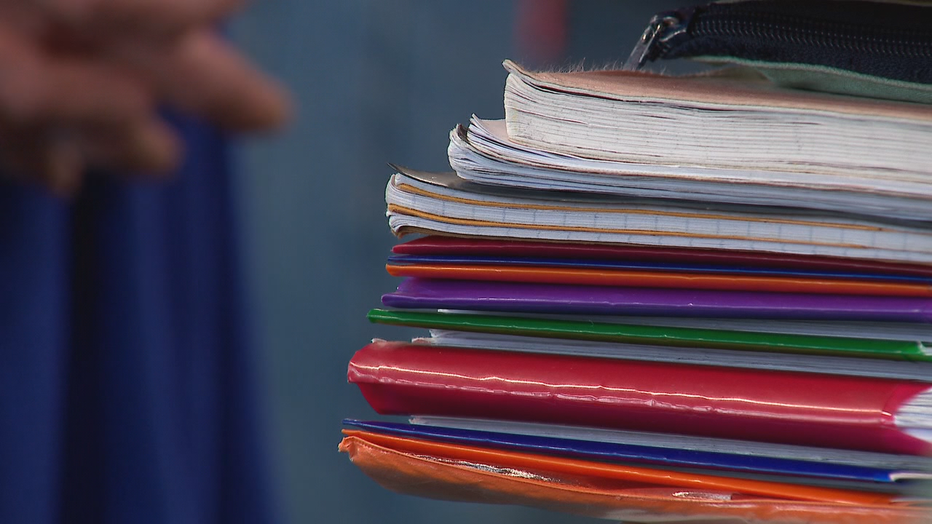 ‘I saw myself failing’

Through the different learning models, each student continued to struggle with mental health, to varying degrees.

Izabella says, while virtual learning did not have much of an effect on her grades, it took a lot more effort to keep them up.

"And teachers were assigning more work," Izabella said. "So the stress was piling on for everyone."

Hailey also said her grades did not take a noticeable hit; her mental health, however, was a different story.

"To try to keep on track and keep your grades up and to keep my GPA the way that I want it, it was a lot more work," she said. "It’s a lot of your mental health being drained into it. And honestly, it’s not healthy." 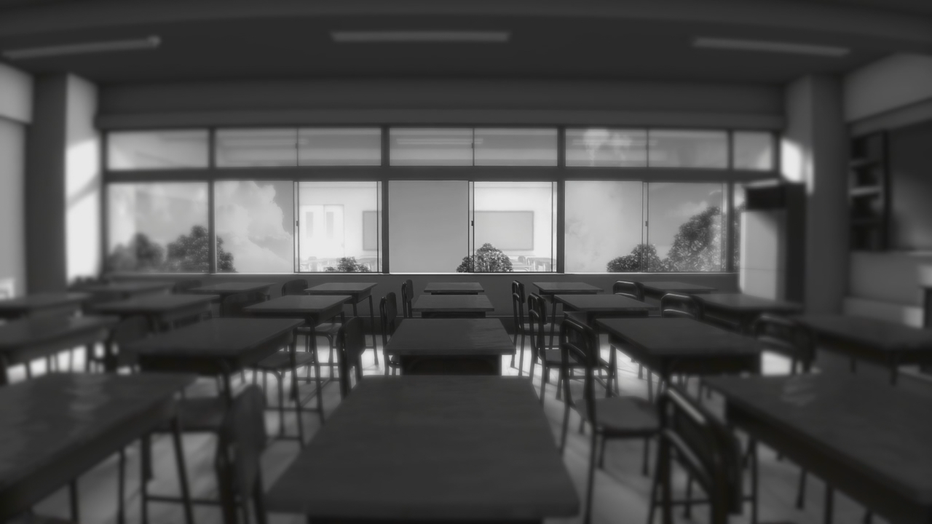 "It really messes with your motivation," Hailey continued. "I know for me personally, when I’m feeling really down, all I want to do is lay in my bed...and that really has nothing to do with me wanting to do schoolwork. And that really sucks because I know schoolwork is something you have to do, but mental health is also something you need to succeed in life. Sometimes you can’t have the best of both worlds."

"During first semester and half of second I was in and out of psychiatrist hospitals because of my mental health due to everything being locked down for school, being online, being in my own thoughts all the time," Abby said.

I have my own therapist," Hailey said. "I try to keep myself OK through these times because it can be hard...I’m not afraid to share that because I know that everybody has their ups and downs and that it’s really hard." 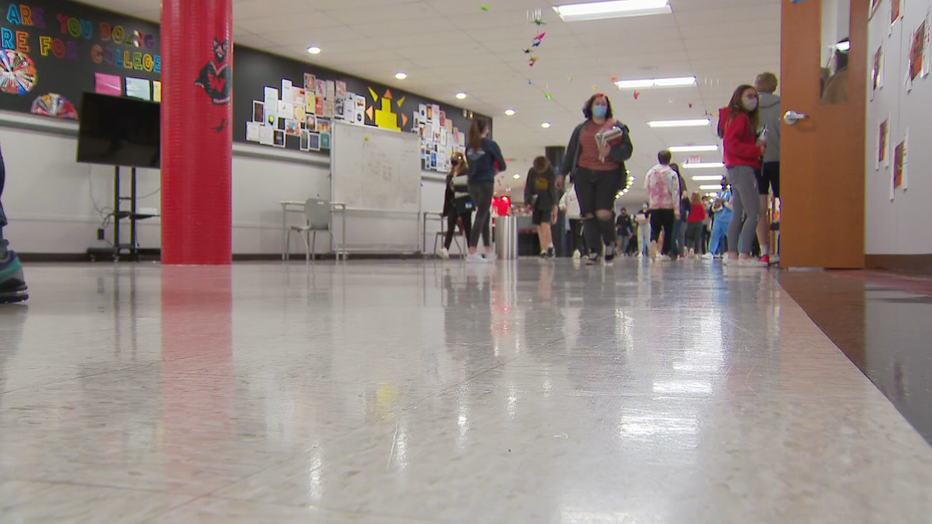 Even hybrid learning brought its own challenges.

"When we started back, it was kind of awkward in the classrooms," Abby said. "Nobody would talk or anything because that’s how it was during virtual; no one would talk at all."

"We were back in person in the building itself, but it felt like I was still doing virtual school because teachers would have us join the Google Meets with everyone else," Emma said. "We would watch them learn the lessons."

For some students, fall’s increased workloads and stricter grading started a spiral of anxiety.

"I’ve been known to hold myself to a higher standard when it comes to my grades," Allison said, describing the panic she felt as she saw her grades drop. "It really took out my motivation, and I felt like there was nothing I could do and there was nothing I could hold onto to get my grades back or at least feel stable in school. And it was very difficult to just keep going and keep doing the work that they assigned."

The more Allison’s anxiety over falling grades increased, the harder it was to keep them from falling even more.

"I would get into this mindset where I would want to do my school work and I felt I couldn’t reach out to my teachers," Allison said. "It was such a hard thing to break out of because the only way to do it was to do my school work, but I didn’t know how."

"It was very difficult to keep motivation and keep wanting to do the things I wanted to do when I saw myself failing at them all at once," she added.

Abby and Hailey say they are open about getting professional help for their mental health struggles because they want other teenagers to know that they’re not alone, and there are people who can help.

They’re all too aware that sometimes help does not arrive in time.

16-year-old Owen Scott was a student at Reagan High School in Milwaukee. In an email to FOX6, his mother, Melissa, says the changes he exhibited during the pandemic were so subtle, she only knows they were there by looking back. 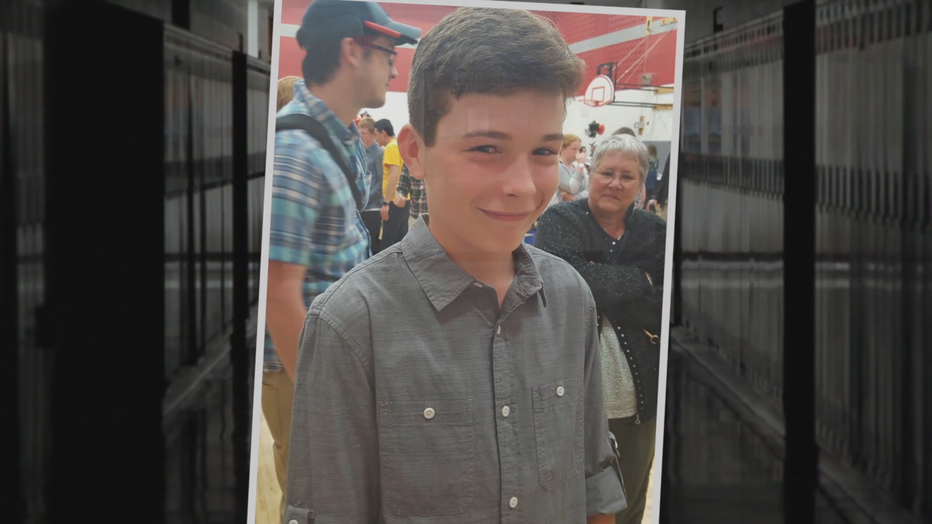 She says Owen was bright, and the first person to make someone smile if they were sad.

Nine months into the pandemic, Owen took his life. Medical examiner records say he was "struggling with virtual learning and the subsequent decline of his grades."

Owen’s mother says she wants to share his story to help others.

"I think I would want every parent, teacher, friend to be extra vigilant in checking on the people they care about, making sure they are okay," Melissa Scott wrote. "And if you notice a change in someone you care about, no matter how subtle or whatever the circumstances are, to do something. Talk to them, take a little extra time to be there for them. Parents should encourage their kids to speak up if they feel that something is off with a friend and most importantly to seek treatment/help from professionals." 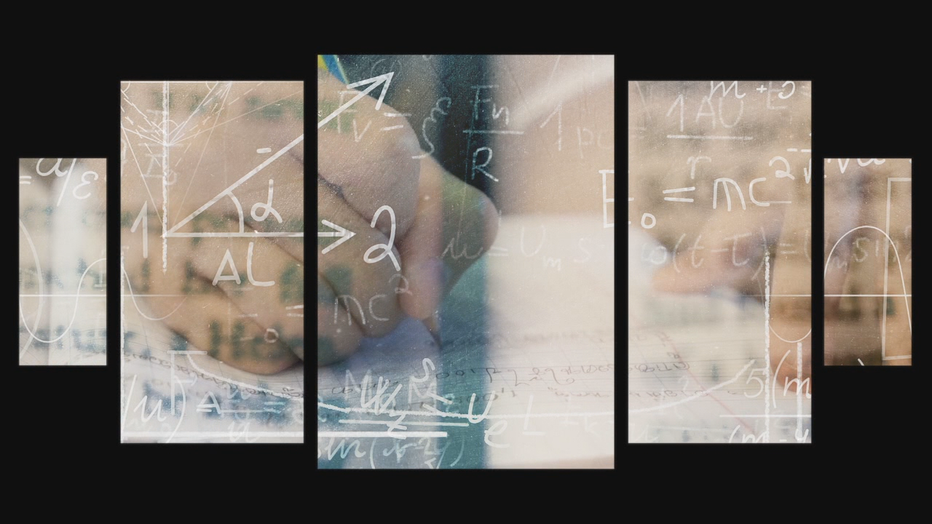 ‘Nobody really asks the students’

"A lot of kids, they’re not OK but they can’t go and tell someone about it," Abby said. They don’t feel comfortable. So schools need to reach out more."

Nine of the ten largest school districts in the region talked to FOX6 about their plans to help students; Wauwatosa’s superintendent and school board president declined interview requests. All nine mentioned increasing mental health support and resources available to students.

But the students who talked to FOX6 say broadly advertising more resources won’t do much if it’s up to the students to seek them out. They said a direct conversation with individuals will be more effective, especially for students who are scared to reach out. 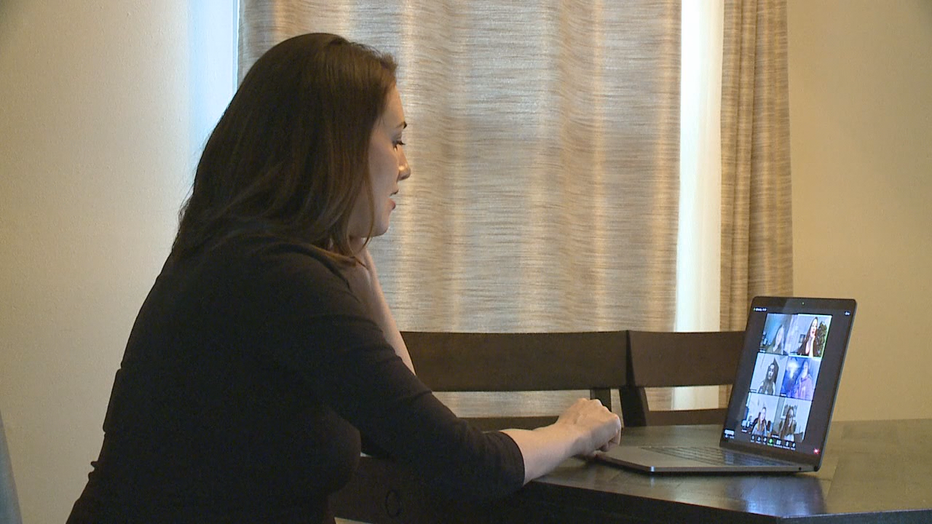 "Nobody really asks the students, ‘Oh, how’s your mental health?’ Or, ‘Oh, are you doing OK?’" Abby said. "It’s just like, ‘Oh go to the office if you need to talk to someone.’"

Several districts have sent students mental health surveys, but skepticism and even misunderstandings can lessen the impact.

"The only thing they did to check on us was something called a ‘temperature check,’" Hailey said. "What I think of when I think of a temperature check is like actually checking your temperature to make sure you have a fever. So, to find out no one actually clicked on the link to fill out the form...we’re like, ‘Why do we need to do that when we’re virtual?’"

"It shows they were thinking about it," Emma said, describing the survey her school district sent out. "But nothing ever changed."

"It just kind of felt like we were stranded and they just expected us to catch on and know what we were doing," Allison said.

Students say they’re encouraged to seel their school districts at least starting the conversation; they say talking to students directly will make even more of an impact.

"I think next year might get a little better," Izabella said.

"They need to understand that if they’re feeling sad about COVID, they’re not alone because we probably are too," Hailey said.