A retired St. Francis police K-9 has been diagnosed with degenerative myelopathy, a terminal nerve disease. Now, there is a call to help "Officer Bane."

ST. FRANCIS, Wis. - A retired St. Francis police K-9 has been diagnosed with degenerative myelopathy, a terminal nerve disease. Now, there is a call to help "Officer Bane."

The incurable disease, St. Francis Police Detective Holly McManus said, will eventually cause complete paralysis and cause his organs to shut down. 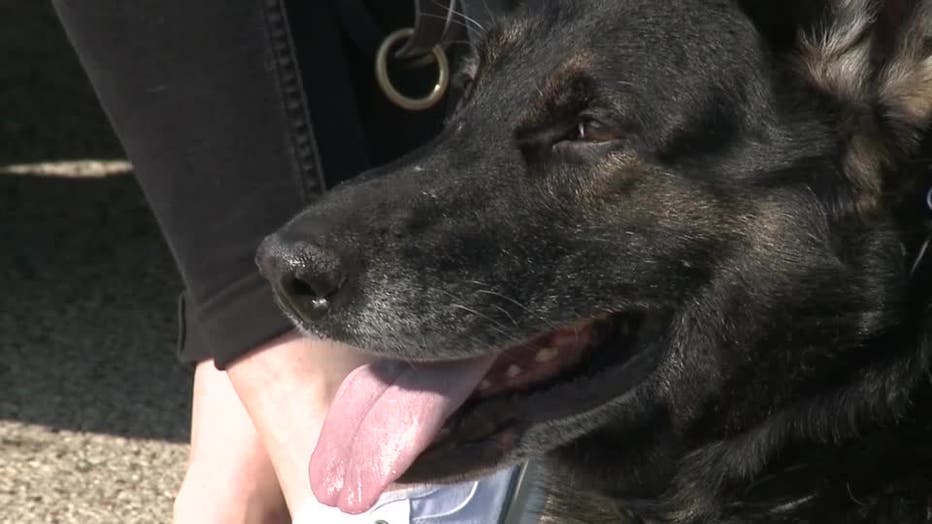 Bane faced many dangerous situations on the job, but now, he's fighting a different kind of evil.

McManus, his handler, worked with him for seven years. Now, she's hoping to return the favor.

"He has literally saved my life and lives of other officers and the public," said McManus.

McManus is raising money for Bane's medical treatments to make him comfortable. He is currently using a walker to get around.

"The funny thing is, I don’t think he minds because he’s always just been the lay around at home type dog anyway," said McManus.

She's also raising funds for a K-9 legacy statue to go in front of the Civic Center, dedicated to all K-9s in St. Francis to simply say thank you for their service.

In the time since his retirement from K-9 duties, McManus and Bane have worked to spread autism awareness in the community.

A GoFundMe online fundraiser has been established to help cover the cost of medical bills.