Sprecherfest returned to Glendale for the first time in more than 20 years, the three-day festival concluding Saturday, July 3.

GLENDALE, Wis. - Sprecherfest returned to Glendale for the first time in more than 20 years, the three-day festival concluding Saturday, July 3.

Sprecher Brewing Co. CEO and President Sharad Chadha said because it's a classic, they hope to bring it back every year.

Fourth of July weekend provided the perfect time for the classic German festival.

"What a way to enjoy our freedom and all the things we have," Chadha said. "This is a German town you know and our German heritage. Enjoy it’s great beer, bratwurst, sauerkraut it’s going to be a lot of fun."

The festival was filled with music, German food and drinks – and a sense of normalcy.

"Drinking beer outside you know prost-ing and high-fiving and shaking hands so it’s like we’re back in business and we’re back on top," said Chadha. 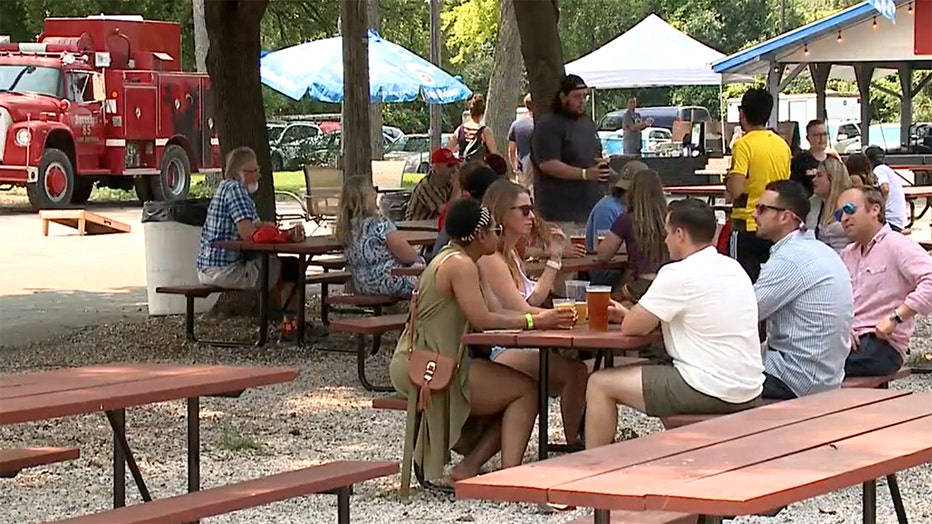 Festivalgoers enjoyed the beer and food along with the German atmosphere.

"Even if you’re not German you can still enjoy the company and the presence and culture out here it’s been pretty amazing," said Lindi Ilich of Bay View.

Sprecher partnered with the Bavarian Bierhaud for the festival's return.

Holiday travel for Fourth of July

Fourth of July weekend is one of the busiest when it comes to people traveling. More than one million Wisconsinites are expected to hit the roads for the weekend. AAA says pack your patience.

Milwaukee Brewers outfielder Christian Yelich surprised a young fan with an autographed bat during Friday's game against the Pittsburgh Pirates.

The Milwaukee Milkmen announced on Friday, July 2 that Franklin Field will return to allowing 100% capacity as of their next homestand.