Catalytic converter thefts are sweeping the nation and southeast Wisconsin is no exception.

MILWAUKEE - Catalytic converter thefts are sweeping the nation and southeast Wisconsin is no exception.

In a Cudahy alley in January 2022, a crime was committed in 50 seconds. A neighbor’s surveillance camera captured the sound of sawing as a team of thieves surrounded a parked SUV. The SUV’s owner later called police to report his catalytic converter had been stolen.

Two nights later, Wauwatosa Police spotted the suspected pick-up truck at a gas station on the Milwaukee-Wauwatosa border. Cudahy Police responded, and two men were taken into custody for questioning. Inside the vehicle, officers found tools for committing the crime. 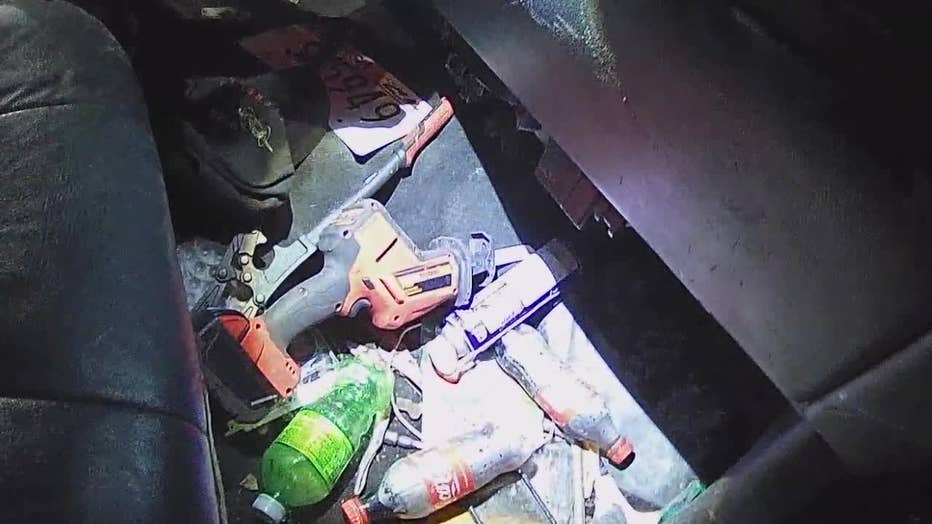 "These guys got so many Sawzall blades. It’s not even funny," one officer commented.

In the truck’s cargo bed, officers found a catalytic converter. Cudahy Police told Contact 6 no charges were ever referred to the district attorney’s office for theft, due to insufficient evidence. 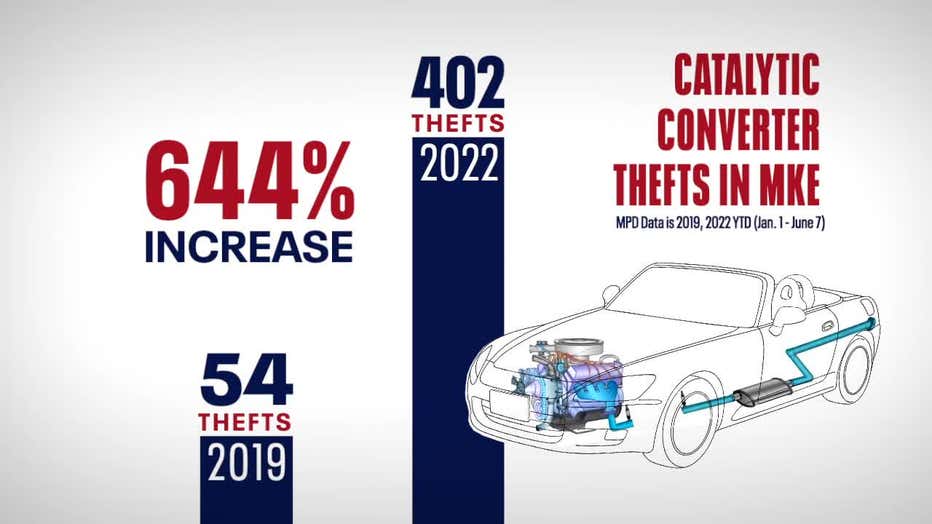 Contact 6 asked to hear from victims and 32 people responded. Among them, was 18-year-old Mackenzie Butch. Criminals stole her catalytic converter from the West Allis Central High School parking lot.

"I was at school and I come back, and I get in my car," Butch recalls. "I turn on my car, and it’s louder than a motorcycle." 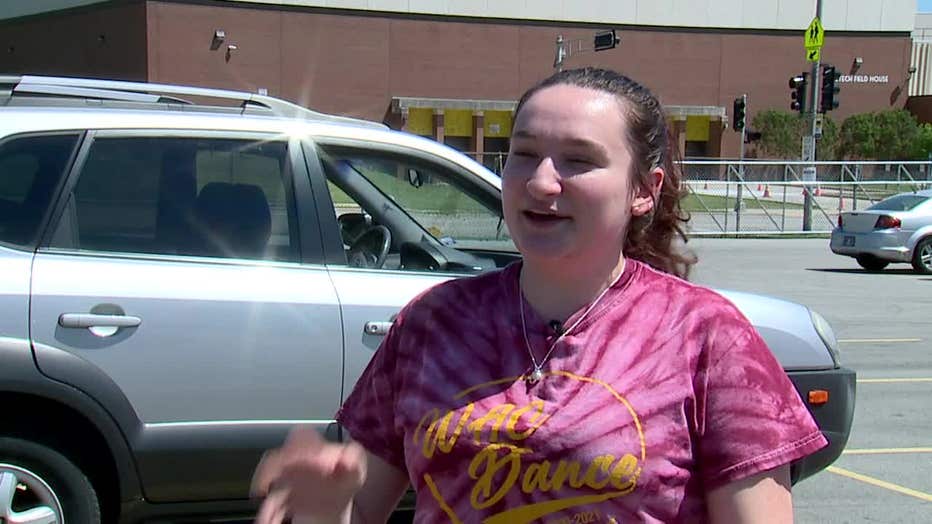 The sound a vehicle makes without its catalytic converter is unmistakable. At Eddie’s Service in Saukville, Paul Krauska showed Contact 6 how one car targeted by the theft registered over 100 decibels.

"That’ll blow your ear drums off, if you try to drive it," Krauksa said.

People are hearing that noise across the area. Last year, Brookfield had 34 catalytic converter thefts. Oak Creek had 55. West Bend had 21. New Berlin had 31. 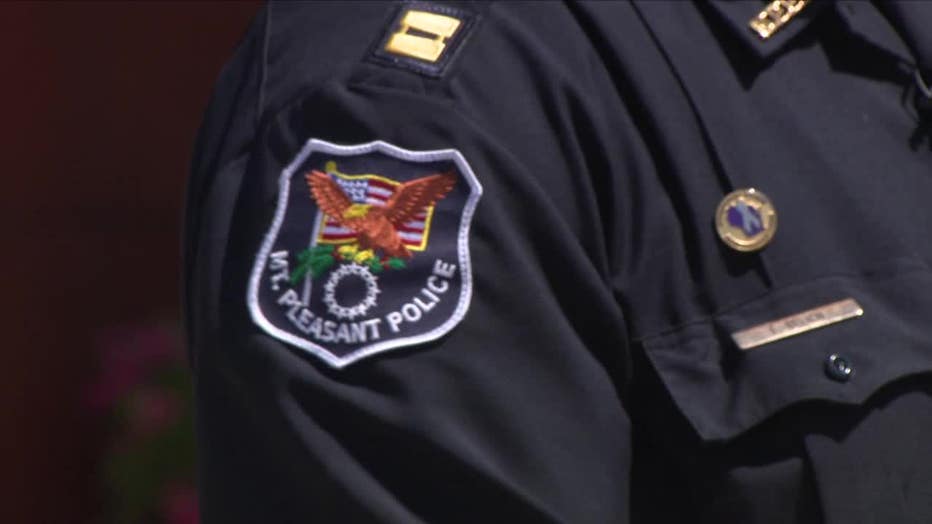 "There's definitely an increase in thefts," said Captain Eric Relich of the Mount Pleasant Police Department. "I think criminals are seeing that there’s value in the metals located inside the catalytic converters."

At Milwaukee Area Technical College (MATC), instructor Dan Young raised a vehicle to show Contact 6 what the thieves are after. 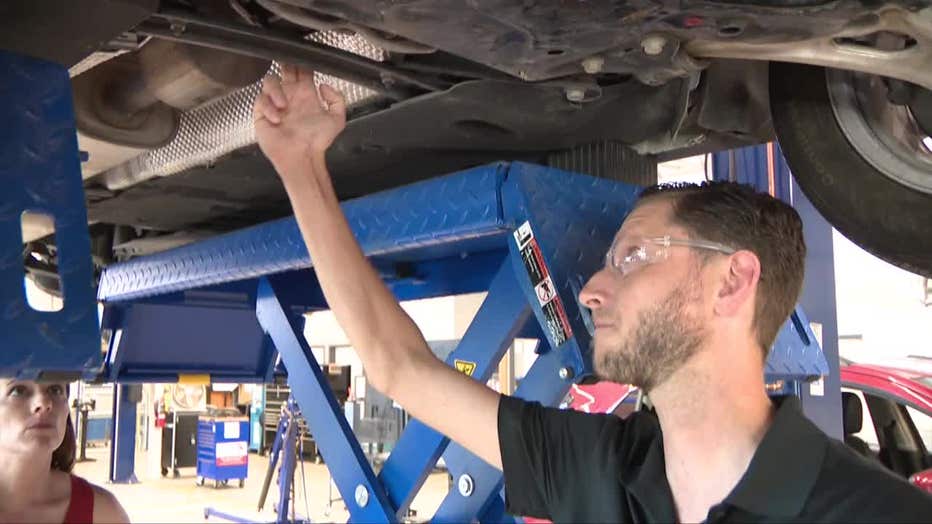 Catalytic converters reduce air pollution by filtering exhaust through a sort-of honeycomb. Young showed Contact 6 the honeycomb embedded with precious metals inside a converter he’d sliced in half. Inside the honeycomb were the metals platinum, rhodium and palladium. 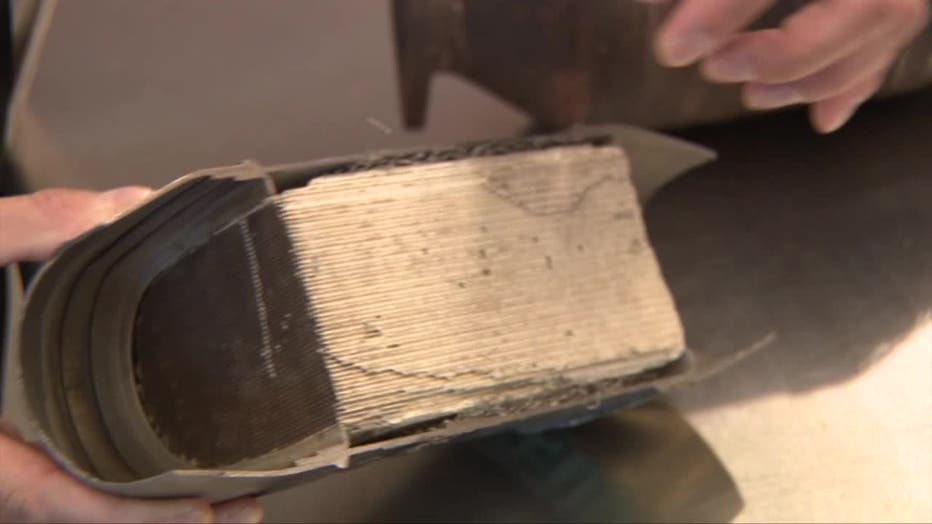 Young says criminals can get between $50 and $250 for a single converter. The metals can then be melted down, extracted and sold again.

"Unfortunately it seems that there’s a pretty robust black market for that stuff," said Young.

Catalytic converter thieves often target vehicles like trucks and SUVs that sit higher off the ground because they’re easier to slide underneath. When you can, park in a highly-visible, well-lit area. At home, consider installing an overhead, motion-sensor light. 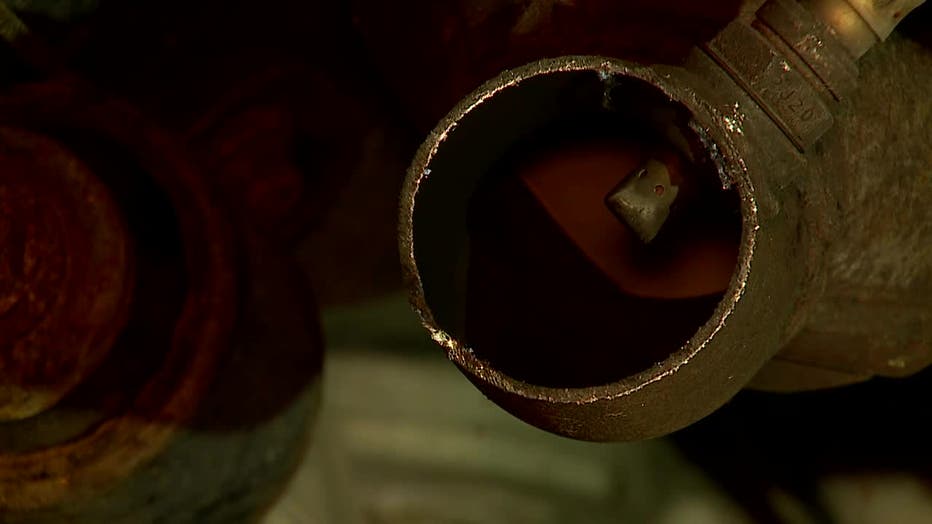 If your catalytic converter is stolen, don’t drive your car around without one. Toxic fumes could rise into your car. Call for a tow, instead.