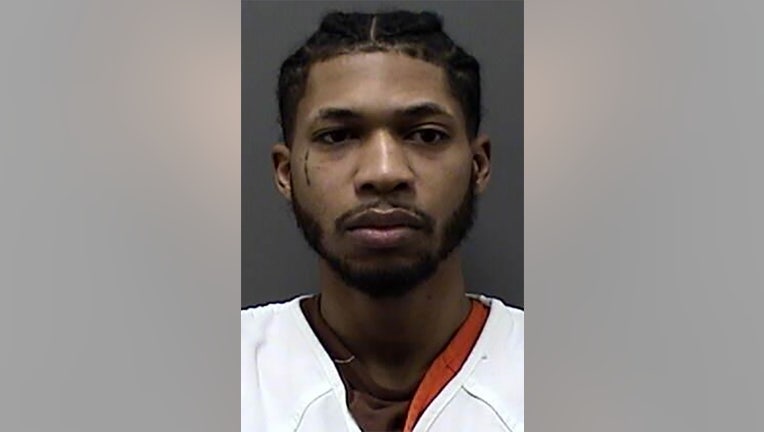 RACINE, Wis. - A 27-year-old Racine man is accused of firing multiple shots outside a bar – as people fled for cover. The accused is Dontae Williams – and he faces the following criminal counts:

According to the criminal complaint, police officers responded to the 509 Bar on 6th Street in Racine on Dec. 26 to investigate a call of shots fired. When they arrived on the scene, they located a man with a gunshot wound to his leg who was taken to a hospital for treatment.

Investigators learned there had been a birthday party going on at the 509 Bar. The city video system shows Dontae Williams arriving at the bar and eventually going inside.

The complaint says at 11:20 p.m., one man got into a fight with his son. The father "was pushed through the front glass window of the bar and was later treated for a significant cut to his hand. The fight then spilled out into the street and numerous people were involved." The victim told police he was "outside attempting to breaking up the fight before he was shot," the complaint says.

According to the complaint, at 11:24 p.m., someone fired a gun into the air, but that shot fired did not stop the fight. A short time later, the complaint said Williams then "begins firing a handgun in a southwest direction towards the 509 Bar" -- a "gun can be seen in his hand." Williams then drove away.

An investigator reported "he is able to see 4 people in the line of fire as Williams is shooting down the street. The 4 people are all running for cover," the complaint says.

Williams made his initial appearance in Racine County court on Monday, Jan. 24. Cash bond was set at $40,000. Williams is due back in court for a preliminary hearing on Feb. 2.

Milwaukee police are looking for a male wanted in connection with a shooting during a robbery near 5th and Vienna Jan. 16.