A Milwaukee porch pirate wearing white socks and no shoes has been caught on camera stealing packages from the East Side to Brewer's Hill. https://bit.ly/3bMyOUo

MILWAUKEE - A shoeless Milwaukee porch pirate has been caught on camera running up to doors and swiping packages. The thief has a very distinct look, and she has been seen in doorbell camera footage from the East Side to Brewer's Hill.

Some of the victims connected the dots after posting about the thefts on social media. They knew it was the same thief when they saw her face and her feet.

Hackbarth thought he'd done everything right, from security to a special request for all packages to be placed in a secure area. On Friday, Aug. 5, he learned even that wasn't enough. 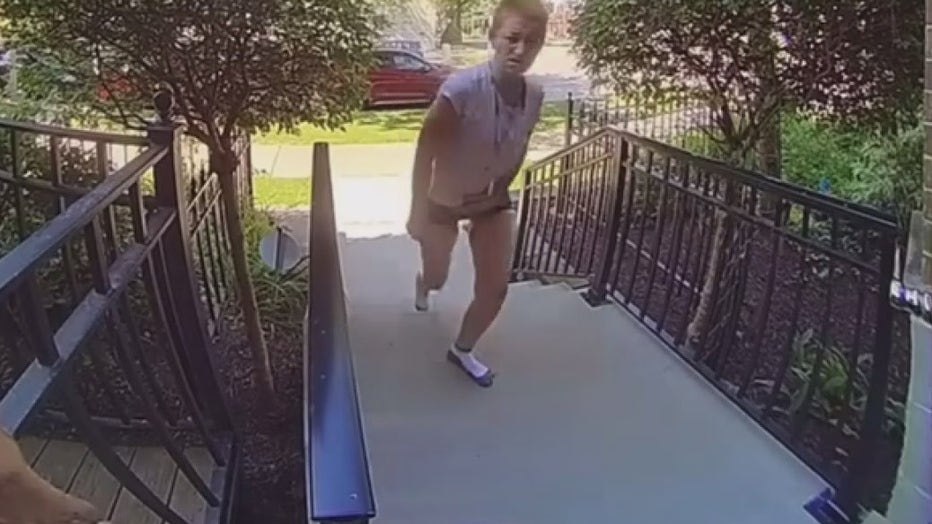 "When we got home, I went to the front door to see, where is my package?" said Hackbarth. "It’s not there."

His Amazon delivery had been swiped from his porch. When he checked his doorbell camera, he saw her.

"This person comes, runs up, gets the package and the car is going by," said Hackbarth. "She jumped in and then took off with the package."

He noticed all she had on her feet was a pair of white socks as she quickly and quietly got away. He posted the security footage to social media and learned others had fallen victim.

"I’m not the only one," said Hackbarth. "She’s hitting all these different homes in this area, Brewer’s Hill and in Murray Hill." 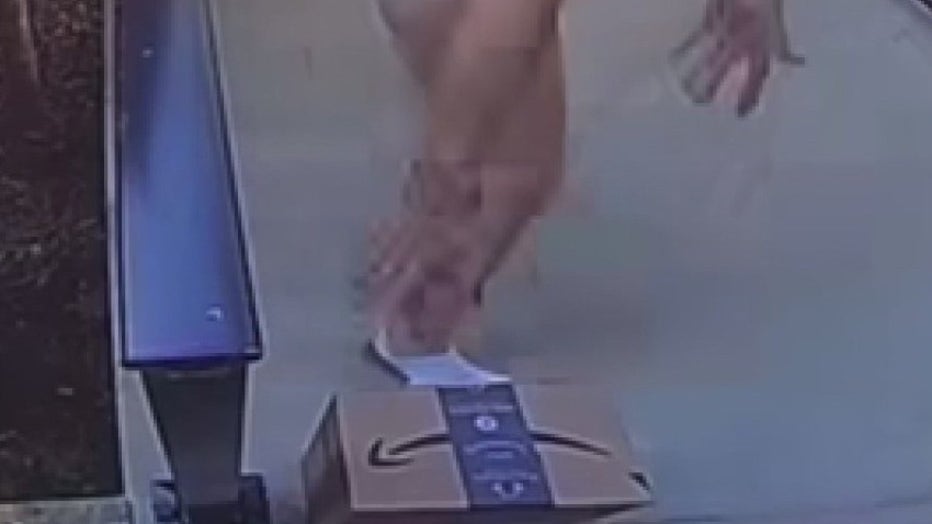 About a mile away on the same day, a security camera once again caught her in the act – quickly running up to a home in Brewer's Hill, stealing a package and hopping into a car.

"It happens everywhere, but it’s just like, ‘What the heck is going on?’" said Hackbarth.

The shoeless thief has caught the attention of those she was likely trying to avoid.

Hackbarth said the thief actually stole batteries that were supposed to go in that doorbell camera. 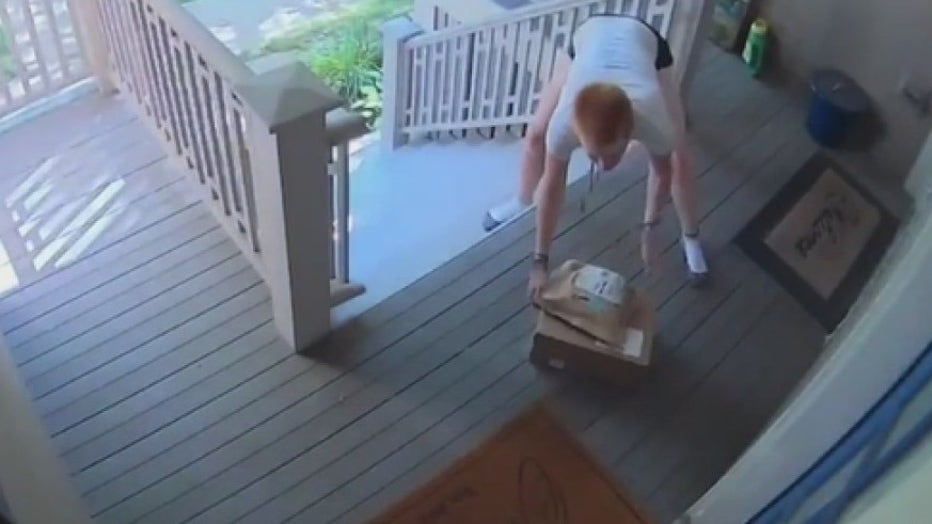 Police said they are investigating at least one of these thefts.

Anyone with information is asked to please contact Milwaukee police.