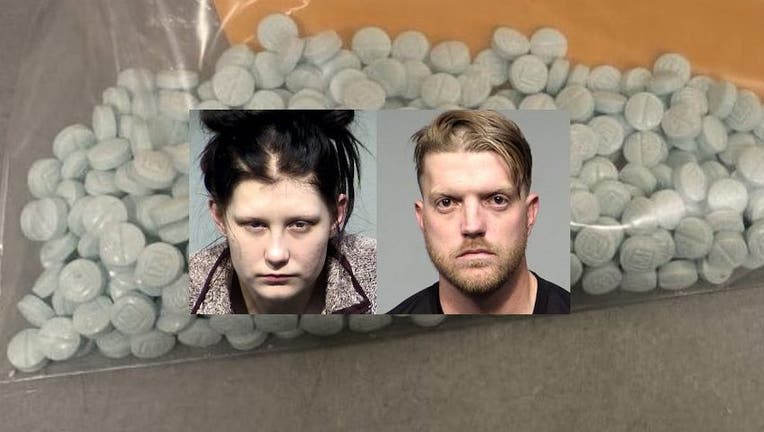 PHOENIX - An Arizona woman was found hiding 445 fentanyl pills in her pants after deputies noticed she was walking in an odd way during her arrest over the weekend, authorities said Wednesday, Dec. 2.

Olivia Jordan, 20, of Prescott, and Richard Carlson, 32, from Dewey, were arrested Sunday after deputies pulled their vehicle over for moving violations and suspected the pair were involved in illicit narcotics possession and possible narcotics sales, the Yavapai County Sheriff’s Office said in a statement.

Jordan and Carlson were both arrested and their car was towed. But deputies said they noticed Jordan walking funny.

“Deputies noted that Jordan was walking in a manner indicating she may have contraband concealed in her pants,” the sheriff’s office said.

Jordan refused to cooperate until deputies reminded her that bringing illegal items into jail would result in additional felony charges. She then “admitted [to] carrying ‘stuff’ in her pants” and “removed a clear bag containing approximately 445 fentanyl pills from her groin area,” the statement said.

Carlson confirmed his involvement in ongoing fentanyl sales in the area. Deputies also found he had a felony forgery warrant out of Maricopa County.

The pair was charged with the sales of fentanyl pills and possession of drugs/narcotics. They were booked into the Camp Verde Detention Center.

Deputies are continuing to investigate and are seeking any dealers or suppliers connected with the pair.