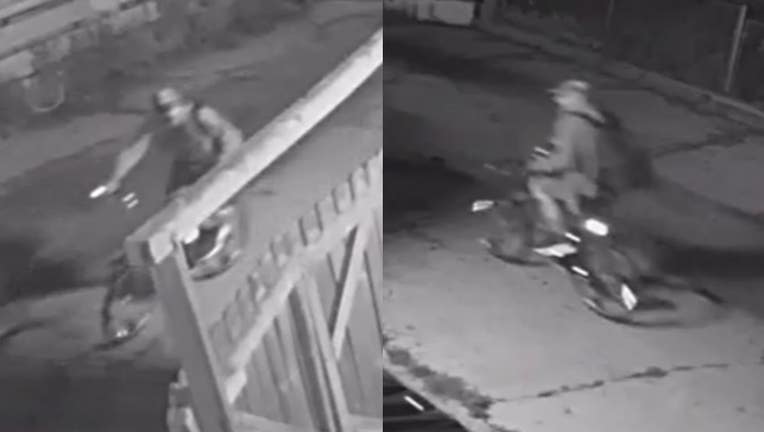 SHEBOYGAN, Wis. - Sheboygan police are looking for a person caught on camera riding a bicycle near the location of several suspicious fires in and around dumpsters.

According to police, the fires happened around 12:30 a.m. on July 30, primarily behind businesses in the area of S. Business Drive from Wilson Avenue to Indiana Avenue.

Police said it didn't appear anything was damaged besides the dumpsters.

Surveillance shows a bicyclist near the dumpsters when the fires were lit, and police would like to identify and locate that person.

Anyone with information about these fires is encouraged to call the Sheboygan Police Department at 920-459-3333.  Citizens may also report information anonymously through Sheboygan Countywide Crime Stoppers at 877-CUF-THEM (877-283-8436) or www.cufthem.com.