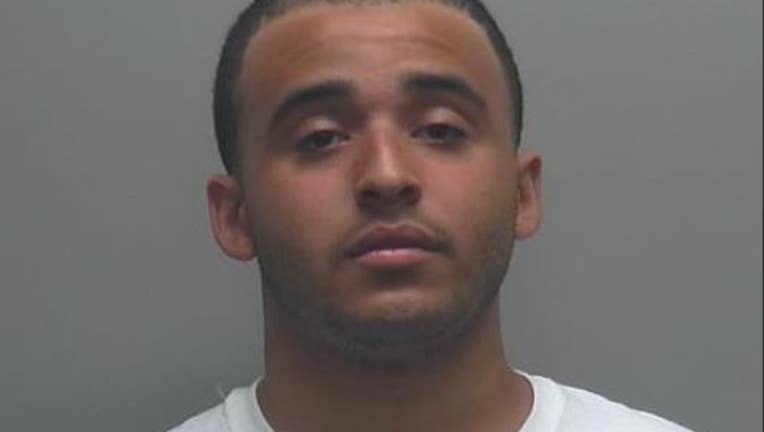 SHEBOYGAN, Wis. - LeMarr Washington, Jr., 22, of Sheboygan faces one count of attempted first-degree intentional homicide in connection with a July 4 shooting near 10th and Michigan in Sheboygan.

Police responded after 11 p.m. and found a man who'd been shot on the steps of a home in the area, screaming in pain.

A witness told investigators they'd been walking near 8th and Michigan, approaching the victim's apartment when they saw a man peeing on the fence line in their walkway area near where their children play. They confronted him, and a criminal complaint says the man offered them $2 "for their inconvenience." As this discussion was occurring, the witness said a man ran across the street from the area near the Rewind bar and "began causing issues."

The victim and witness went into their apartment, believing the issue with the first man had been resolved. Soon, a friend came over, and they noticed the man who had run from the area near Rewind bar was back in front of their apartment, threatening to "(expletive) us up."

That man and the victim then "faced off" on the sidewalk, prosecutors say, with their friends attempting to hold them back. As they were walking away from each other, something was said that made them rush back toward each other, the complaint says. That's when the witness said a shot was fired, and the victim began yelling in pain.

Through their investigation, police identified the shooter as Washington, Jr.

Prosecutors say he's seen in surveillance reaching into a backpack and pulling out a gun, which didn't discharge. Then, according to the complaint, he put another round into the chamber and racked it. At this point, the victim lunged at Washington, according to prosecutors. At one point, the two go off-camera. A second camera angle shows Washington moving back with the gun in his hand. He eventually turns and runs. Prosecutors say the shooting happened during the time the two were off-camera.

Washington made his initial appearance in court Monday, July 25 and received $500,000 bond.