PHOENIX - Police are investigating a shooting in south Phoenix near 8th Street and Broadway Road that left a little girl dead and her older brother critically injured.

"This is the worst type of call we can go on as officers. It affects each and every one of our officers," said Phoenix Police Sergeant Ann Justus, during a news conference.

According to Sgt. Justus, police received a call at around 11:45 a.m. regarding a shooting in the area. When officers arrived, they found a 6-year-old boy and a 2-year-old girl with gunshot wounds. Officials said they are siblings.

In a statement released on the night of Sept. 28, Phoenix Police officials identified the person arrested as the victims' mother, 24-year-old Esther Callejas. Callejas has been booked into jail, according to police.

"During the course of this investigation officers learned that Esther called her husband and another family member to tell them that she just killed their children. Her husband and the other family member immediately called police who responded to the residence and located the two children with gunshot wounds," read a portion of the statement. "During an interview with police the following day, she admitted to shooting both of her children because she wanted them to go to Heaven.  She told detectives she planned on killing herself after, but she was unable to reload the gun."

Suspect has made court appearance

A south Phoenix mother accused of shooting her two young children appeared in court on Sept. 29. Esther Callejas' 2-year-old daughter died as a result of the shooting. Her 6-year-old son remains in critical condition.

According to court documents, Callejas decided to shoot her children and take her own life on Monday morning. She told police she bought a gun years ago and hid it from her husband.

"She's alleged to have shot her two-year-old daughter two times in the chest at close range, leading to her death. She also shot her son at least three times in this case," said prosecutor Christopher Sammons.

A few days before the shooting, Callejas loaded the gun and hit it in a dresser drawer in her kids' room.

On Monday, Callejas was in the bedroom and fired the gun once but accidentally shot herself in the hand. Her son ran towards the door and Callejas shot him. She then shot her daughter.

Callejas tried to take her own life by taking prescription pills, which her husband told police were prescribed to her for depression. Afterward, she called her husband to report that she had shot their children.

"Esther did not call 911 even though her six year old was still alive and crying," read a portion of the court documents.

According to police, they did a welfare check at the same house two weeks prior, when Callejas' husband voiced concerns about the well-being of his family. Callejas and her children were not home at the time, but officers did get ahold of her on the phone later, where she told officers that everything was fine.

Callejas' bond is set for $2 million.

Meanwhile, people living in the are stunned by what happened.

"I saw several ambulances and helicopters and emergency response teams, like they were trying to save the kids' lives," said Kharbrel Haywood.

"The mom was very quiet. She was really nice. She played with her kids all the time in the front yard. The dad, too. He was a very hard worker. He’d always take his family places. They didn’t seem like the kind of people that would hurt a fly." said a neighbor, identified only as "Jose."

"I saw her. She take care of the kids. Kids are very clean. They always happy, playing outside," said another neighbor who refused to be identified. 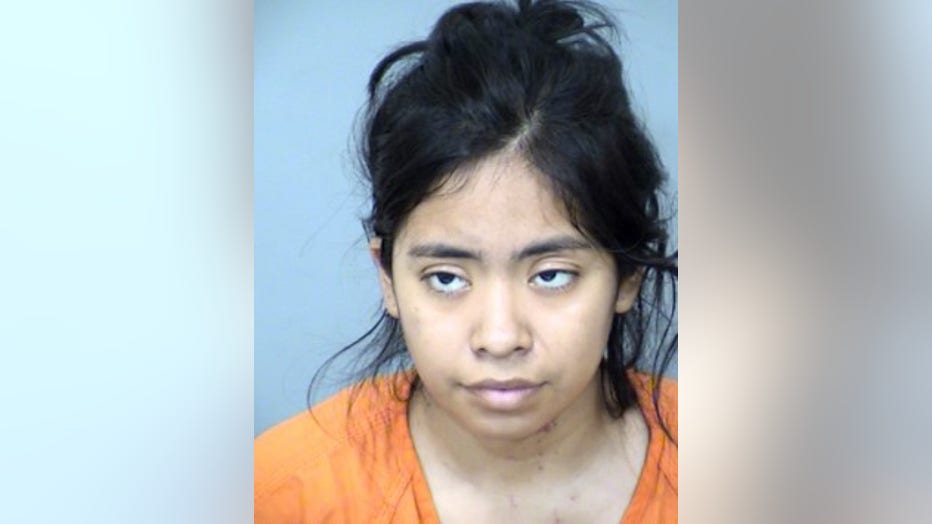 Sgt. Ann Justice says two children are in critical condition after they were injured in a shooting near 7th Street and Broadway Road in Phoenix.

The shooting, which happened in the area of 8th Street and Broadway, sent a total of two children to the hospital.