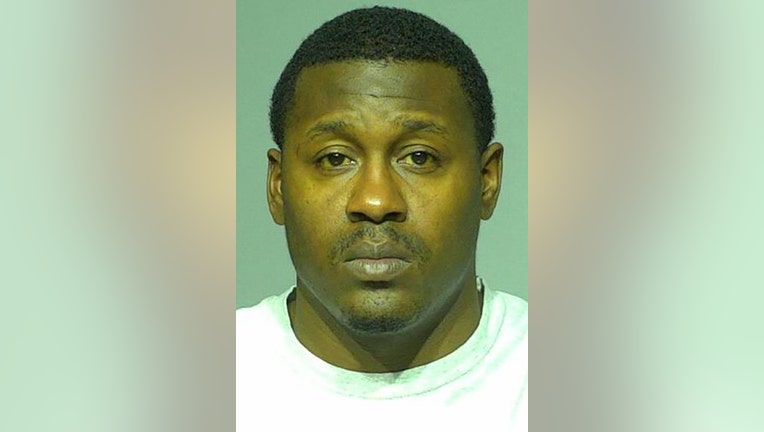 MILWAUKEE - A Milwaukee County jury found Shawn Luckette guilty on Thursday, Jan. 12 in connection with the fatal shooting of a man near 44th and Fiebrantz in March 2022. Luckette faced a single charge of homicide by negligent operation of a dangerous weapon.

According to the criminal complaint, Milwaukee police were dispatched to the area near 44th and Fiebrantz on March 21. 2022 for a homicide. The victim, a 31-year-old man, was found fatally shot in his car.

Investigators spoke with the person who called 911 in this case. The caller indicated the victim's vehicle pulled up in front of her house the previous night. She told police "she did not hear any commotion or gunshots." However, at some point, the caller saw a man with a ski mask "climbing out of the front passenger side window (of the vehicle) and then fell to the ground. The male got up and fled the area," the complaint says.

Later that evening, the 911 caller said she passed the vehicle and "saw what she believed to be a jacket or some kind of clothing on the seat of the car and noticed the front passenger seat window was down."

The next day, the complaint says the caller returned home from work and "saw the vehicle again in the same manner. She approached the car again and this time realized that what she thought was clothing was actually a person." The caller realized the person in the car was dead -- and called 911.

Police reviewed surveillance video from a gas station near 43rd and Capitol Drive which shows the victim and defendant separately arriving at the gas station and then "leaving in the victim's vehicle." The complaint says the video "then shows the suspect running back to the Citgo and pumping gas in his car before leaving. The victim and his vehicle do not return to the Citgo."

The next day, police conducted an in-custody interview of the defendant. A detective showed him surveillance still photos taken at the Citgo gas station -- and Luckette identified his car saying "he goes to this gas station almost daily." The defendant "explained that he was there to sell marijuana to (the victim), a person that he's known since high school," the complaint says. The complaint goes on to say after "identifying himself in surveillance stills before and after the homicide, and placing himself with (the victim) that night, the defendant asked to terminate the interview."

Luckette is scheduled to be sentenced on Tuesday, Jan. 31.