Students involved in creation of book

Dozens of Milwaukee students were involved in the creation of a graphic novel -- which was unveiled this week.

MILWAUKEE - SHARP Literacy unveiled on Tuesday, April 13 its 16th We Love to Learn book, The Didactic, at Notre Dame School in Milwaukee.

The book was written by Ian Corrao, illustrated by Ian and Amber Corrao, and researched by over 60 fourth grade students from Notre Dame School of Milwaukee and Rogers Street Academy.

A news release says The Didactic is a futuristic graphic novel that is being used by fourth-grade students as part of SHARP’s Design Through Code program during the 2020/2021 school year. 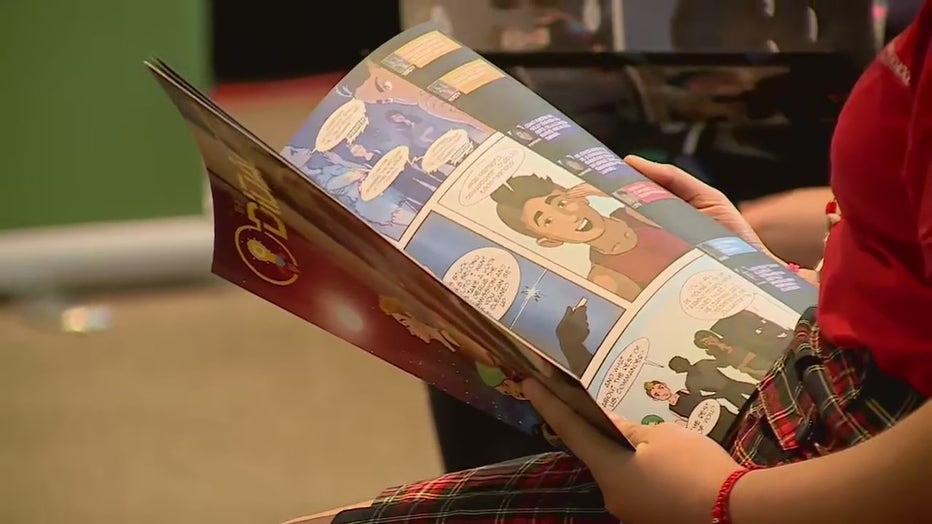 The book features teenage characters who use their debugging computer skills to make a difference in another world. The story about technology in a futuristic society follows characters on a journey that requires teamwork, problem-solving, creative thinking, and collaboration.

SHARP Literacy unveils its 16th We Love to Learn book, The Didactic, at Notre Dame School in Milwaukee.

UnitedHealthcare is behind the creation of two new public cellphone charging stations accessible to homeless and housing insecure individuals.

The U.S. government's highway safety agency is investigating complaints that the air bags may not inflate in a crash on thousands of General Motors vehicles.