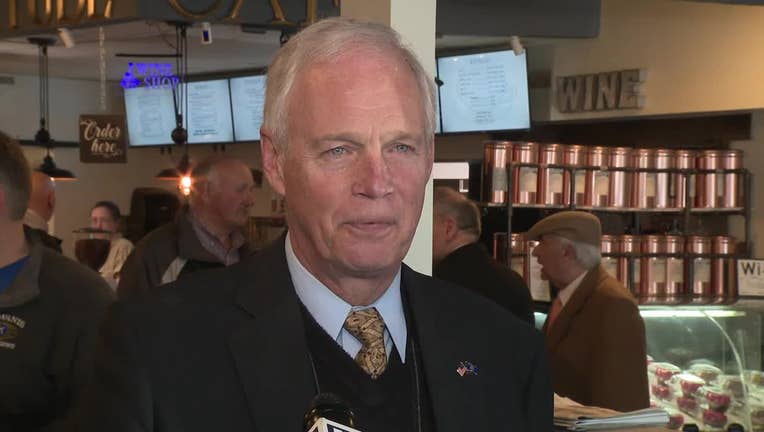 The Republican incumbent made the comment at a telephone town hall meeting, repeating a similar statement he made in 2016, the Wisconsin State Journal reported.

"When you have mothers on different kinds of public assistance, to me, an elegant solution would be, why don’t we have them help staff child care for other mothers?" Johnson said, calling it an "imaginative solution" to staffing shortages at child care centers across the country.

Johnson added that that idea hadn’t been explored yet, and said there are issues with it.

Democratic U.S. Senate candidate Sarah Godlewski said in response, "We have a full-blown child care crisis and a record number of moms getting knocked out of the workforce. There are commonsense solutions to these problems, but Ron Johnson’s ‘imaginative’ idea would punish moms and drag us back to the 1950s. I have news for this guy: We’re not going back."

In a statement, a spokesperson for Sen. Johnson said:

"In answering a question from a constituent about possible solutions for what could be done to support small business owners – specifically regarding childcare programs that help young families remain in Wisconsin's workforce, Senator Johnson said in part, 'I think we are a compassionate society. We want to help people help themselves. We want to help people who can’t help themselves … Childcare is a real significant problem. When you've got high inflation, families are having a hard time making ends meet so both parents feel they have to work. We’ve got to help them out, so let's be imaginative about it okay? I'm not looking for a federal government solution.' As he has stated repeatedly, including last night, he believes the federal government exacerbates more problems than it solves. So he suggested we start thinking outside the box, and not look to a deficit expanding federal program. His suggestion was to look at Wisconsin’s law that prevents a child care provider from receiving funds if an employee’s child receives care. He said he understood why that law is in place but suggested we revaluate it to see if there’s some way to create a win for children and parents. Why should child care centers be different than schools that allow teachers to teach at government funded schools where their children attend?

"All we see from Democrats and the Biden administration is government repeatedly taking away options for hardworking families and mortgaging our children’s future. Their big government proposals eliminate child care choices for parents; it pushes out faith-based providers, small family child care homes, and kinship care. A recent study showed the Democrat federal child care proposal would increase the cost of child care $13,000 per child, per year. Senator Johnson was simply suggesting looking for a better, less costly, solution."

Milwaukee police said a man was shot near Hopkins and Fairmount on the city's north side Tuesday. He is expected to survive.

Milwaukee World Festival is looking to fill over 2,000 positions for the festival season.