Milwaukee police are investigating a shots fired incident that resulted in a school bus being struck by gunfire on Monday afternoon, April 25.

MILWAUKEE - Students at the Wisconsin Conservatory of Lifelong Learning will return to class Tuesday, April 26 after a shots fired incident resulted in a school bus being struck by gunfire on Monday afternoon, April 25.

Officers were called to the area near 12th and State just before 3 p.m. Officials say during an argument, several individuals exchanged gunfire, striking a school bus. FOX6 photographers found the back window of the bus shattered.

No injuries were reported from the gunfire. 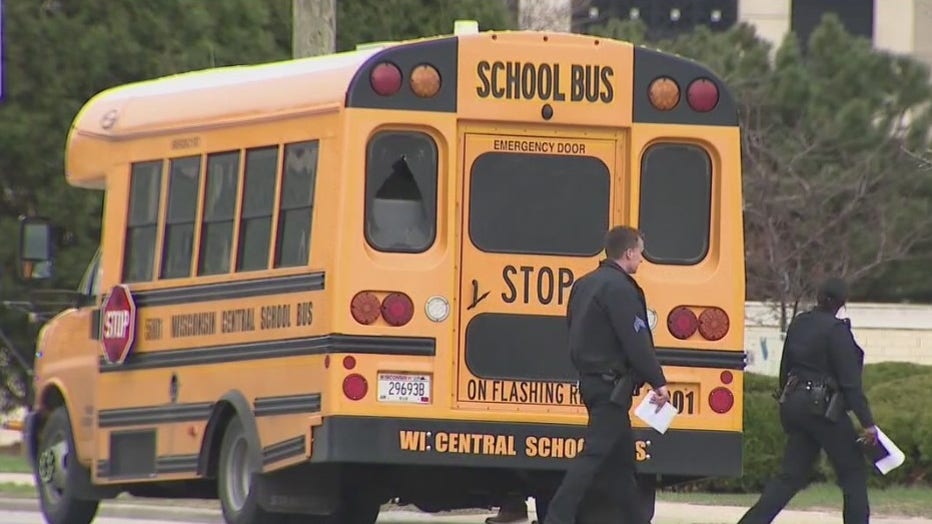 This incident happened near Wisconsin Conservatory of Lifelong Learning. Milwaukee Public Schools officials say "the building was locked, with no one being allowed in or out of the facility. Dismissal of students continued as scheduled as we received an all-clear notification from MPD. The school used an alternative exit procedure to ensure the safety of students and staff. No one within the school community was injured in this incident."

This is just the latest gun violence incident in Milwaukee. Milwaukee police responded to 20 incidents over the weekend.  Chief Jeffrey Norman says 22 people were shot – and four of the victims were children. Three people died, including a 13-year-old girl. Police say several juveniles were involved in the weekend shootings.