The San Francisco Police Department on Thursday announced they were upping the reward to finding the "Doodler" serial killer while also linking another unsolved homicide to the mystery suspect who appeared to target gay men.

SAN FRANCISCO - The San Francisco Police Department on Thursday announced they were upping the reward to finding the "Doodler" serial killer while also linking another unsolved homicide to the mystery suspect who appeared to target gay men.

The department raised the reward amount from $100,000 to $200,000, noting that this is also the 47th anniversary of the killer's first homicide.

The Doodler is believed to be responsible for the violent assaults of several gay, white men in the 1970s as well as possibly six killings.

To this day, the real identity of the "Doodler" is not known, and the mystery has inspired citizen detectives around the globe to try to decipher the whodunit.

The nickname came from one victim, who told police that the suspect said he was a cartoonist and was doodling during a conversation the two had.

He would often sketch strangers he met in local bars and use the drawings to strike up conversations with the men. He’d leave with his sketch subject from the bar, have sex with them, and later stab the man to death, police and witnesses have said.

Photos: Archived newspaper reports from when "The Doodler" was active

Five gay men thought to have been killed by the "Doodler" were found dead in the Ocean Beach and Golden Gate Park areas. 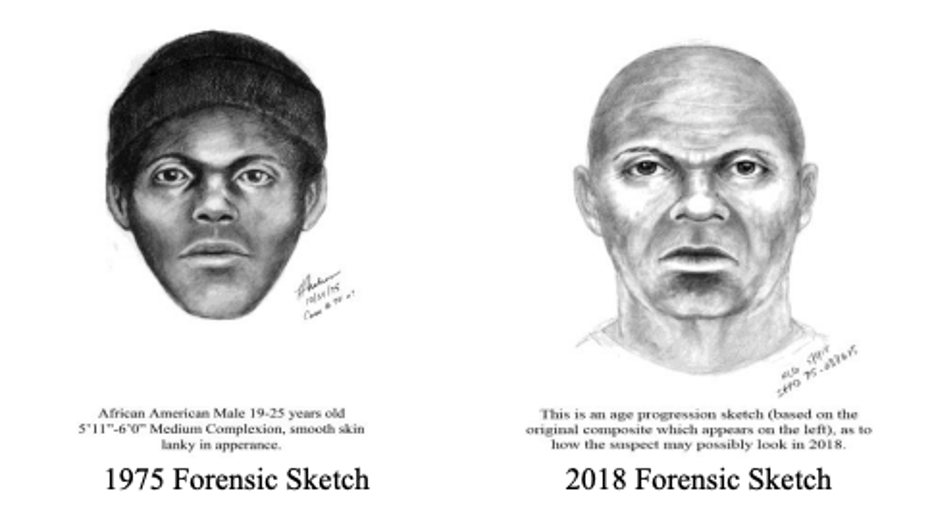 As a result of a new investigation, police now say that a man identified as Warren Andrews may be the sixth victim. Warren was assaulted on April 27, 1975, in Land’s End. Andrews was found unconscious and never regained consciousness. He died several weeks later.

Video: Archived footage of "The Doodler" investigation from 1975

A forensic sketch was created in 1975 and investigators a new sketch was released to show what he may look like now.

It's possible "The Doodler" is also dead, but police estimate if he's alive today the killer would likely be in his 60s.

San Francisco Chronicle reporter Kevin Fagan and the SFPD cold-case investigattor  visited the site where Andrews was attacked. Unlike the other Doodler victims who were stabbed, Andrews was beaten with a rock and tree branch.

"If you're going to fight back against the Doodler and the knife, it could easily go flying off the cliff," Fagan said. "What do you do then? You pick up a tree branch, you pick up a rock. You pick up whatever you got and you finish the job."

The SFPD Homicide Detail is actively working this cold case investigation and anyone with information is asked to call the SFPD 24 hour tip line at (415) 575-4444 or Text a Tip to TIP411 and begin the message with SFPD.