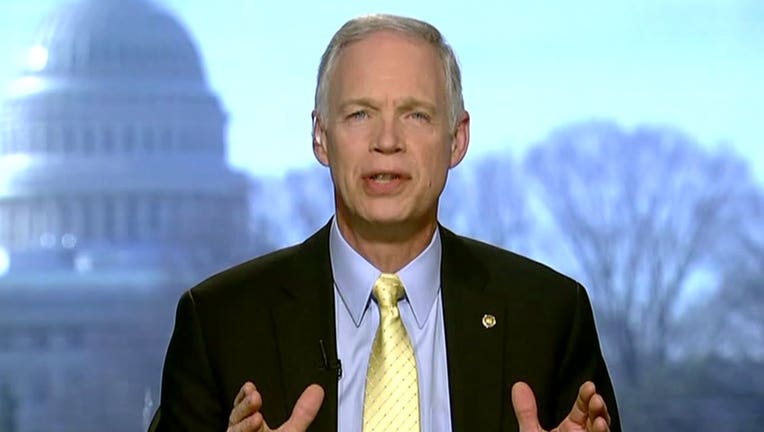 MADISON, Wis. - Republican U.S. Sen. Ron Johnson of Wisconsin pushed for a tax break in 2017 resulting in hundreds of millions of dollars in deductions to megadonors who funded his campaigns, a report Wednesday from the nonprofit investigative journalism organization ProPublica found.

Johnson switched from an opponent of the massive Trump tax cut bill to a supporter after getting the more generous tax cuts that resulted in more than $79 million in tax savings for two of his largest donors in 2018 alone.

Democratic Senate candidates running to take on Johnson next year seized on the report, calling him beholden to special interests and corrupt. Johnson, in a statement Wednesday, defended his moves as having "nothing to do with any donor or discussions with them."

"As someone who spent 31 years building a successful manufacturing company in Wisconsin, I have long said that our tax system needs to be simplified and rationalized," Johnson said in the statement.

Johnson pressured then-President Donald Trump to sweeten the tax break for companies known as pass-throughs. In those companies, owners pay individual, not corporate, taxes on their profits. Johnson pushed for the bill to increase deductions from 17.4% to 23%; the final figure was 20%, ProPublica reported.

Even though the Trump administration championed the pass-through provision as tax relief for small businesses, confidential tax records obtained by ProPublica showed that it greatly benefited two families, both worth billions, who are among Johnson's biggest donors.

Dick and Liz Uihlein of packaging giant Uline, along with Diane Hendricks, founder of roofing company ABC Supply, together benefitted from $215 million in tax deductions in 2018 thanks to the changes Johnson pushed for, the ProPublica report said. Those deductions resulted in more than $79 million in tax savings for the two families in 2018 alone, the report said.

The Uihleins and Hendricks contributed more than $20 million to groups supporting Johnson's 2016 reelection campaign. Johnson has not said yet whether he will seek a third term in 2022.

Messages left with Uline and ABC Supply seeking comment from the Uihleins and Hendricks were not immediately returned Wednesday. Neither commented to ProPublica for its story.

Johnson said his support for pass-through companies, which he said represents more than 90% of businesses, was motivated by his desire to make them competitive with other C-corporations.

Democrats looking to unseat Johnson seized on the report.

"We always knew that Ron Johnson had sold his vote on the Trump tax scam, now we know that he did it specifically for his two biggest campaign funders," said Alex Lasry, who is on leave from his job as an executive for the Milwaukee Bucks.

Democratic U.S. Rep. Ron Kind. announced that he won’t seek reelection next year. He is one of just seven House Democrats won by Donald Trump in 2020.