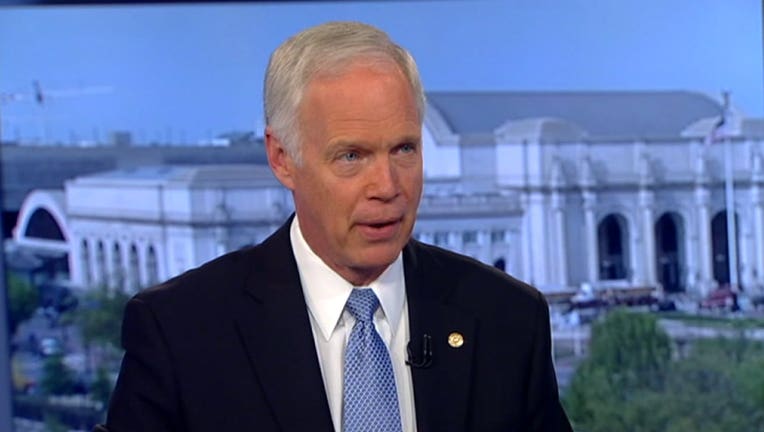 Sen. Ron Johnson, R-Wis., has been suspended from uploading videos to YouTube for seven days and had a video of a speech talking about early treatments to COVID-19 removed by the video-sharing giant.

The video removal and upload ban came after two videos of Senate Committee on Homeland Security and Governmental Affairs hearings he led on early experimental treatments to the novel coronavirus, such as hydroxychloroquine and ivermectin.

"Big Tech and mainstream media believe they are smarter than medical doctors who have devoted their lives to science and use their skills to save lives," Johnson said. "They have decided there is only one medical viewpoint allowed, and it is the viewpoint dictated by government agencies. How many lives will be lost as a result? How many lives could have been saved with a free exchange of medical ideas?"

"Government-sanctioned censorship of ideas and speech should concern us all," Johnson added.

A spokesperson for YouTube told Fox News the website took down the video because it violated its COVID-19 "medical misinformation policies."

"We removed the video in accordance with our COVID-19 medical misinformation policies, which don’t allow content that encourages people to use Hydroxychloroquine or Ivermectin to treat or prevent the virus," the spokesperson said.

The video in question is of a speech Johnson gave where he torched the Biden and Trump administrations for "not only ignoring but working against robust research [on] the use of cheap, generic drugs to be repurposed for early treatment of COVID" and noted he held two hearings on the matter.

"It always baffled me that there was such a concerted effort to deny the American public the type of robust exploration research into early treatment early in this pandemic," Johnson said, adding that hydroxychloroquine and ivermectin -- two drugs used in early treatments for COVID-19 -- are "incredibly safe."

Additionally, Johnson touched on testimony from one of the hearings he led that spoke about "the four pillars of pandemic response," such as preventing the virus from spreading, vaccines, hospital treatments and early treatments.

Hydroxychloroquine and ivermectin have been on the market for years and are primarily used to treat diseases like scabies and lupus.

Former President Trump touted hydroxychloroquine as an early treatment to COVID-19 for hospitalized patients, invoking scrutiny from the media.

Health officials say 13 cases of the Delta variant out of India have now been identified in Wisconsin. Experts say there are likely many more in the state.