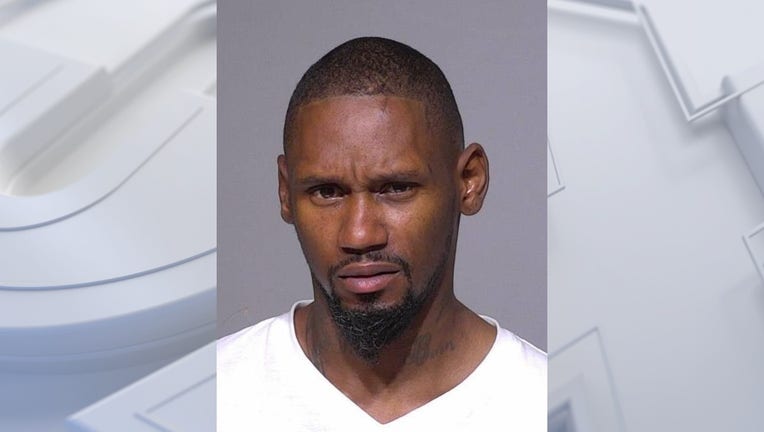 MILWAUKEE - A 35-year-old Milwaukee man has been criminally charged in connection with a double shooting that happened Tuesday, July 27 near 24th and Locust.

The shooting was the result of a road rage incident – and left a 17-year-old girl and a 19-year-old man wounded.

The accused, Jerod Brumfield, is facing the following charges:

According to the criminal complaint, shortly before 11 p.m. on July 27 officers were dispatched to the area of 24th and Locust for reports of a shooting. While on the scene, police located a .40 caliber spent casing in the eastbound traffic lane of W. Locust Street  – approximately 250 feet away from where ShotSpotter identified a potential gunshot.

Shortly thereafter, detectives responded to Children's Wisconsin to interview two shooting victims. One of the victims, a 17-year-old girl, suffered a gunshot wound to the right side of her back and had a bullet lodged in the left side of her chest. She had surgery to remove the bullet from her body. The second victim had a gunshot wound to his right hand, which had been treated with stitches.

The 17-year-old girl told detectives that on the night of the shooting she was the passenger in a 2010 Hyundai Elantra – three others were also in the vehicle. The victim stated that prior to the shooting, they had been driving around throwing eggs at cars. She stated that while they were driving around they encountered Jerod Brumfield, whom she has known for years. Brumfield was driving a Cadillac Escalade. According to the victim, when they saw Brumfield, one of the occupants of the Hyundai threw an egg at his Escalade. That's when Brumfield began chasing the Hyundai. The victim stated that while Brumfield was chasing them, he used his Escalade to ram into the rear of their Hyundai three times. During the chase, the victim told detectives she saw Brumfield fire a gunshot at their car – and that she then ducked down which is when she was struck by the second gunshot.

The shooting victims then drove to St. Joseph's Hospital.

Brumfield is due in court for a preliminary hearing on Aug. 10.

The Milwaukee County Transit System announced that all Freeway Flyer routes will resume service, with schedule adjustments, on Monday, Aug. 30.

A group called Forward Latino has made it their mission to meet people in the Latino community where they are and get them vaccinated against the coronavirus, including at the Puerto Rican Family Festival.