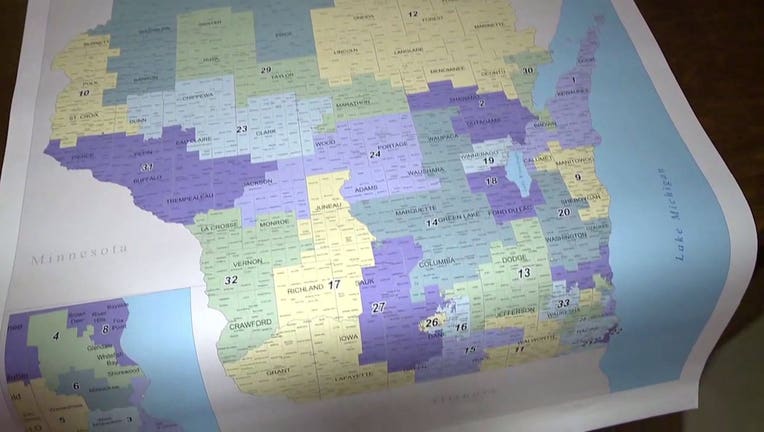 MADISON, Wis. - A three-judge panel of federal judges has granted the Republican-controlled Wisconsin Legislature's request to intervene in a redistricting lawsuit brought by Democrats.

A request by the Legislature to intervene in a second similar redistricting case, brought by voting advocacy groups, is pending. The court said its preference would be to consolidate the two cases and asked those involved to show by Sept. 7 why that should not be done.

On Monday, Wisconsin’s five Republican congressmen also asked to intervene in the case brought by Democrats. The congressmen, just as the Legislature did, want the case to be dismissed. The motion was filed by U.S. Reps. Scott Fitzgerald, Mike Gallagher, Glenn Grothman, Bryan Steil and Tom Tiffany.

A third redistricting lawsuit, brought by conservatives, is pending before the Wisconsin Supreme Court, which has not yet said whether it will take it or require it to first go through lower state courts.

In the order granting the Legislature's request, the judges said federal courts have routinely allowed state lawmakers and legislatures to intervene in redistricting cases.

All three lawsuits say it’s unlikely the Legislature and Democratic Gov. Tony Evers will agree on new maps, so the courts should be prepared to draw them instead.

"If (Democrats') prediction is correct, and Wisconsin fails to enact a law establishing new districts before the election, it's hard to see how this court could proceed without input from the Legislature," judges James Peterson, Amy St. Eve and Edmond Chang wrote.

The three lawsuits were all filed before the GOP-controlled Legislature has produced a map or taken any votes. The Legislature is charged with the task of redrawing political boundary lines for members of the state Assembly and Senate, as well as Congress, every 10 years.

The wife of a Wisconsin lawmaker who has been an outspoken critic of vaccine and mask mandates and who remains hospitalized with COVID-19-induced pneumonia is urging people to get vaccinated for the coronavirus.