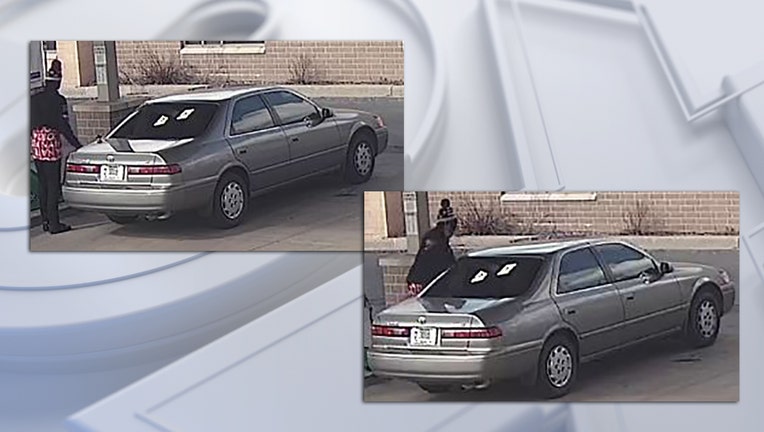 MENOMONEE FALLS, Wis. - Menomonee Falls police are asking for the public's help to identify a suspect who pumped about $36 worth of gas at the Silver Spring Corner Pump -- and then took off without paying for it.

Officials say the theft happened around 1:15 p.m. on Thursday, March 11.

The suspect is described as having a medium complexion, standing 6 to 6'2" tall, and weight 160 to 180 pounds. He was wearing a blue and white stocking cap, a black winter coat with a fur collar, a red shirt with white lettering, and black pants/shoes.

Officials say the suspect's vehicle is a 2000s Toyota Camry, silver, with dark tinted windows. The vehicle displayed a Wisconsin dealer plate -- MV3888. The plate was taken from the owner without consent on Feb. 2 in Jefferson County -- and has not been entered as stolen.

Anyone with information regarding this incident is asked to contact the Menomonee Falls Police Department at 262-532-8700 and reference case 21-007377.

To make an anonymous tip, contact Waukesha County Crime Stoppers by calling 1-888-441-5505, through the website at stopcrimewaukesha.com.

After October 24, local calls dialed with seven digits will not go through.