Reckless driving in Milwaukee is an epidemic. Emergency responders are getting hurt – and the wounds are more than physical.

MILWAUKEE - Reckless driving in Milwaukee is an epidemic. Emergency responders are getting hurt – and the wounds are more than physical.

"People are screaming and crying and yelling at you to move faster, things like that," said Milwaukee Fire Captain A.J. Hornik.

A group of Milwaukee firefighters recently trained for what has become a serious problem in the city.

"Just based on the run volume, the amount of times we have to use what we train for to remove people from vehicles, it definitely feels to me, we’re using a lot of resources for sure to deal with it," Hornik said. 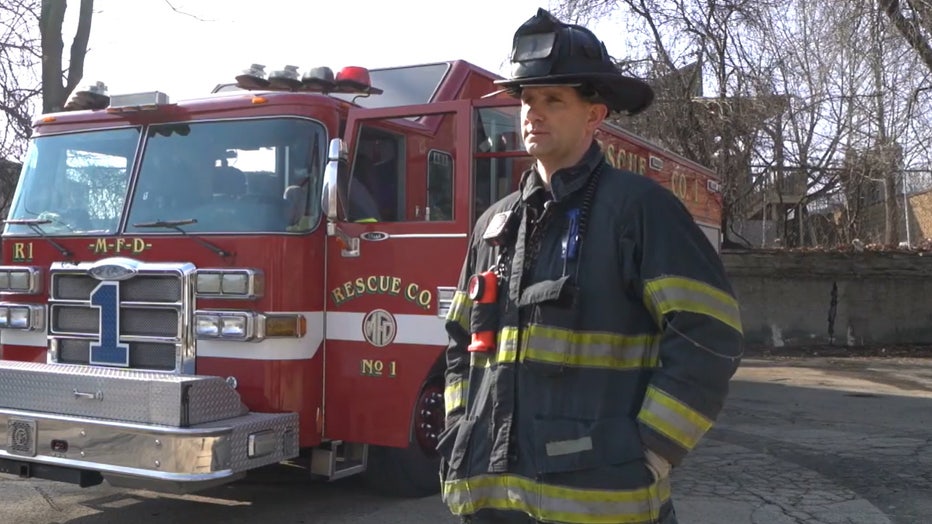 Dealing with what exactly? Reckless driving. The MFD captain is the first to respond to those scenes.

"I’m kind of a step back and oversee," Hornik said.

As Hornik's team stays mission focused, they are hit with reality. Reckless driving is out of control.

"Sometimes you don’t see what kind of toll it takes until go home to your own family," Hornik said.

"You talk about stuff that keeps the fire chief up at night. That’s it," the chief said. 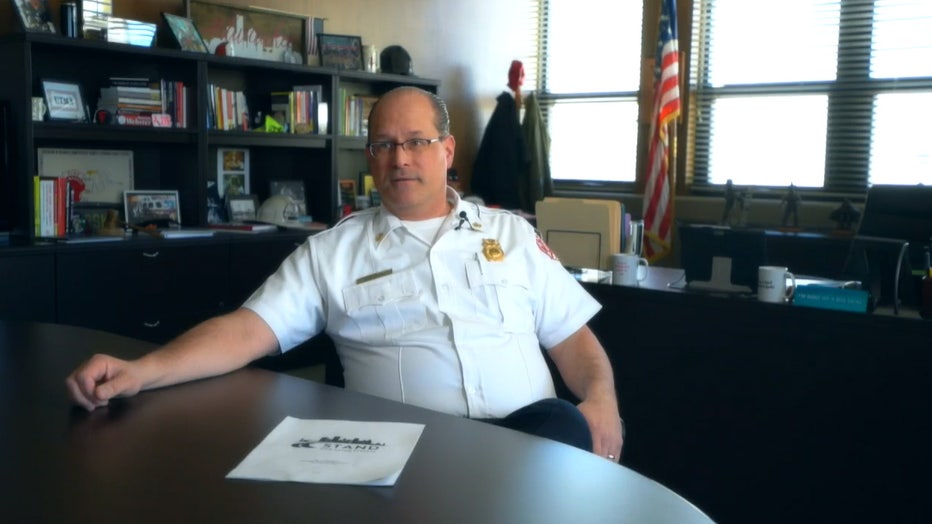 Milwaukee police say from January to March 2022, ten fatalities were a result of reckless driving. In that same time span in 2021, there were just four.

"The number of fire trucks that we’ve had struck by vehicles is beyond," Lipski said.

The chief said two firefighters have been hit by a reckless driver in 2022. But they are not the first.

"The frequency with which that is just completely disregarded, and vehicles drive right through emergency scenes would blow your mind," Lipski said.

It is no different for the Milwaukee Police Department.

"We understand that we could be next," said David Feldmeier, Milwaukee's Inspector of Police. 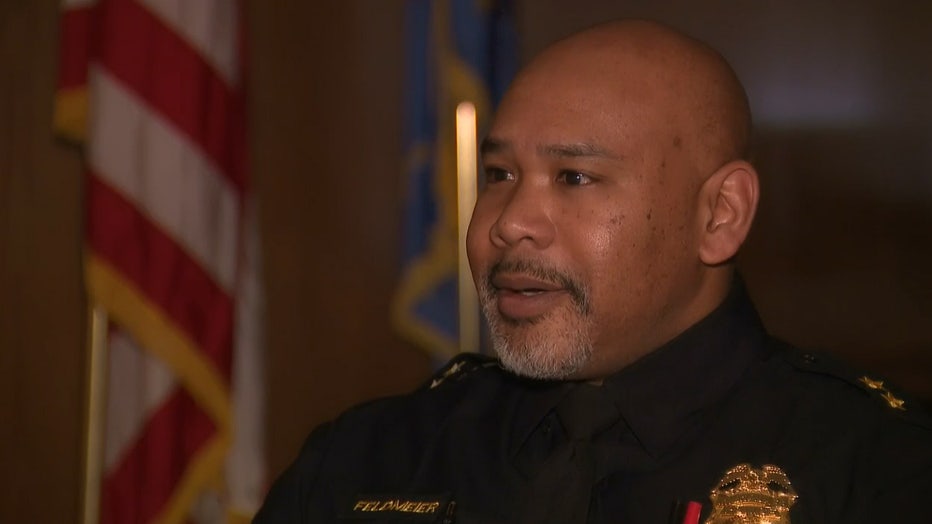 "We’ve had a number of our squads struck by hit-and-run drivers as recent as last week by a reckless driver along the interstate," Lucas said. 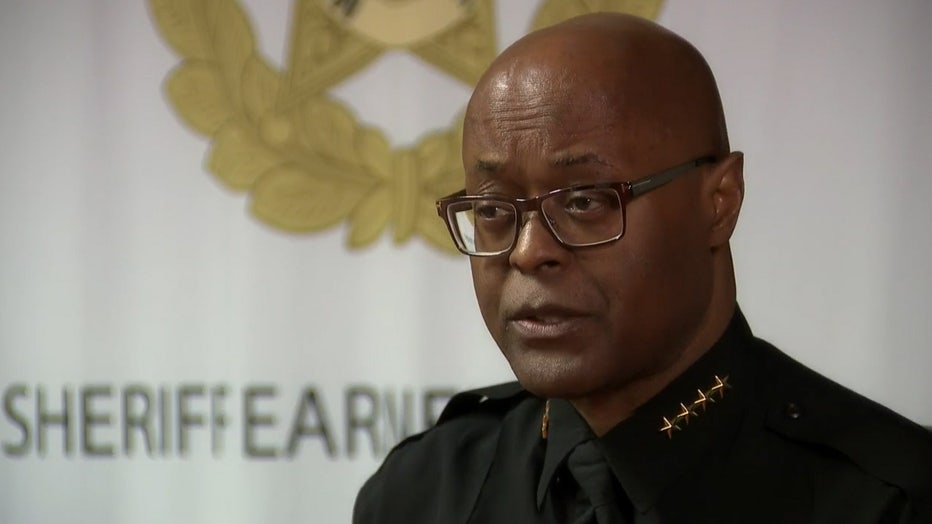 Reckless driving is constantly at the forefront of first responders minds while en route to handle an emergency.

"I’ve been at scenes now where I’ve seen another crash happen just a few feet away," Hornik said.

Ambulances rolled over, police pursuits ending in crashes, and firefighters hit while on the job. It’s all become too much.

"People aren’t paying attention, and then you add speed and careless driving, and now you’ve created a recipe for a lot of danger," Feldmeier said. 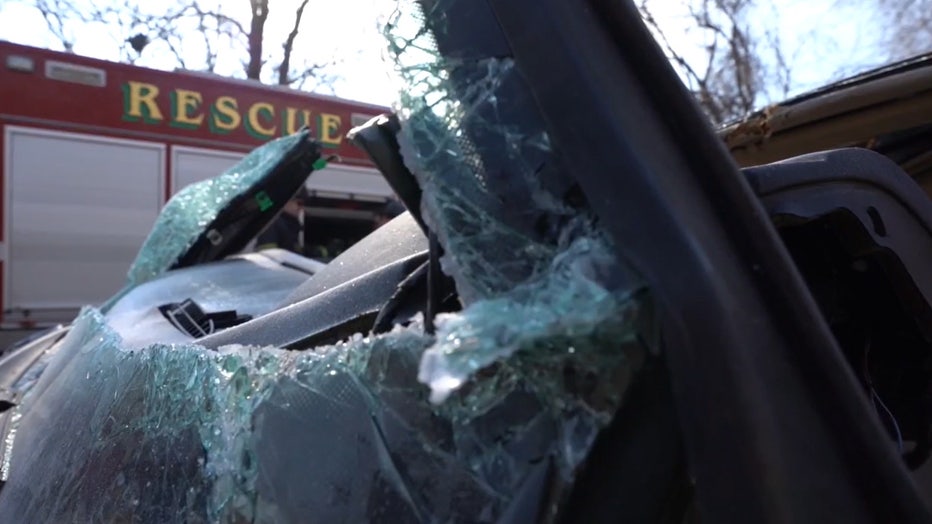 Pair that with the effect it has on mental health.

"The impact and toll that it takes it really starts weighing on us as well," Sheriff Lucas said.

Fire Chief Lipski said the rate of exposure to trauma for EMTs and paramedics is historically high. Firefighters are cutting people out of cars five to ten times a week. 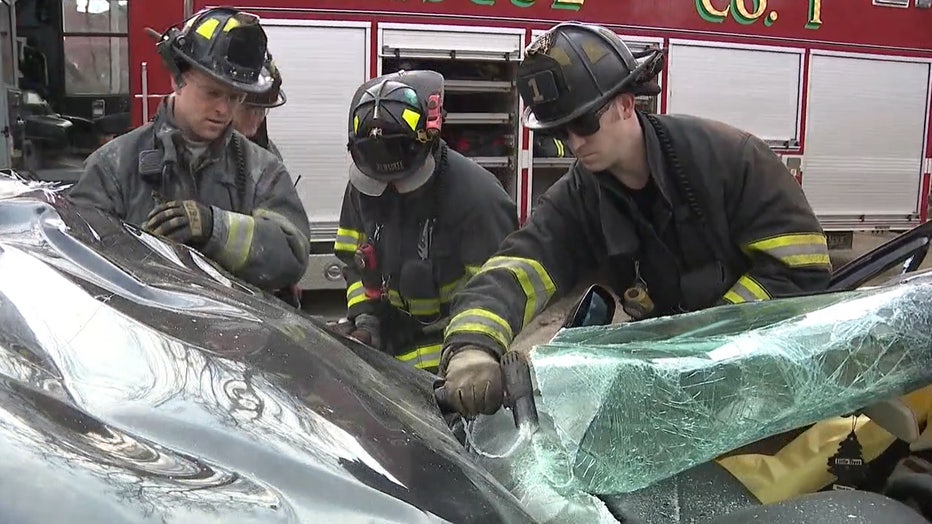 "We have to pry and cut and peel and as phenomenal as my folks are out in the field doing that," Lipski said. "You still have to move a human being out of this crunched in vehicle onto a stretcher into an ambulance and on to the hospital." 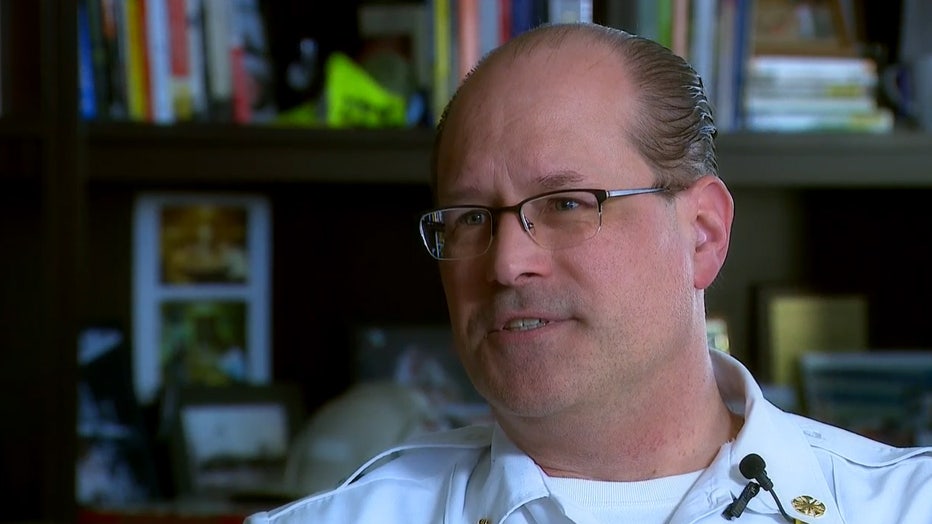 What will it take to curb reckless driving? Those FOX6 News talked with say that is a loaded question. Education, accountability, and enforcement are a good place to start.

"You’ve got to pack your equipment back on your fire truck or your paramedic unit, and you got to get ready to go to another one," Lipski said.

Since May 1, Milwaukee police are now able to tow away unregistered vehicles involved in reckless driving. That proposal was approved by the Milwaukee Fire and Police Commission in February.