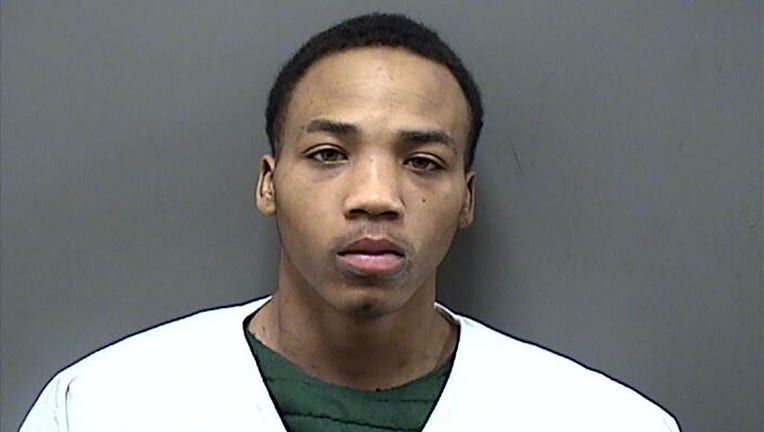 RACINE, Wis. - Shavale Powell of Racine is accused in the death of his son -- a child that was just 39 days old. Powell, 17, faces the following criminal counts:

According to the criminal complaint, police and rescue responded to a 911 call from a residence near Lasalle and Hagerer in Racine on Sunday, Feb. 14 -- for a pulseless, non-breathing infant. When first responders arrived, the child, 39 days old, was found deceased.

The Milwaukee County Medical Examiner's Office did an examination of the infant -- and "determined (the child) died from abusive head trauma and ruled the death a homicide," the complaint says. The medical examiner noted the child suffered blunt force injuries to its head, chest, and extremities.

The complaint indicates another child in the residence, 18 months old, also "had significant bruising and injury to his left eye. It was reported to medical and law enforcement professionals by the parents that the child had hit his face when he fell in the shower while home with Shavale Powell." The child was later examined by the Racine County Children's Advocacy Center, and "the injury was ruled concerning for abuse," the complaint says.

Investigators later learned that the second child "suffered an injury to his right eye" when he was five months old, the complaint says.

Powell made his initial appearance in court on Monday, Feb. 22. Cash bond was set at $50,000 -- and Powell is due back in court on March 4 for a preliminary hearing.

The City of Jefferson Police Department on Wednesday, Feb. 17 executed a search warrant at a residence regarding an animal hoarding complaint.

Milwaukee police are investigating a fatal crash involving a pedestrian that happened Tuesday, Feb. 23 near 94th and Capitol.