RACINE, Wis. - To return to in-person or not was the debate continuing Monday night, Feb. 22 at the Racine Unified School District -- which plans to welcome some students back to physical class March 1. Teachers say they just don't feel it's safe, with Racine still facing a high rate of spread of the coronavirus.

On Monday night, the district unveiled its plan to bring students back to the school board, which includes extra cleaning, social distancing measures and more, but teachers say it isn't enough until they're fully vaccinated. 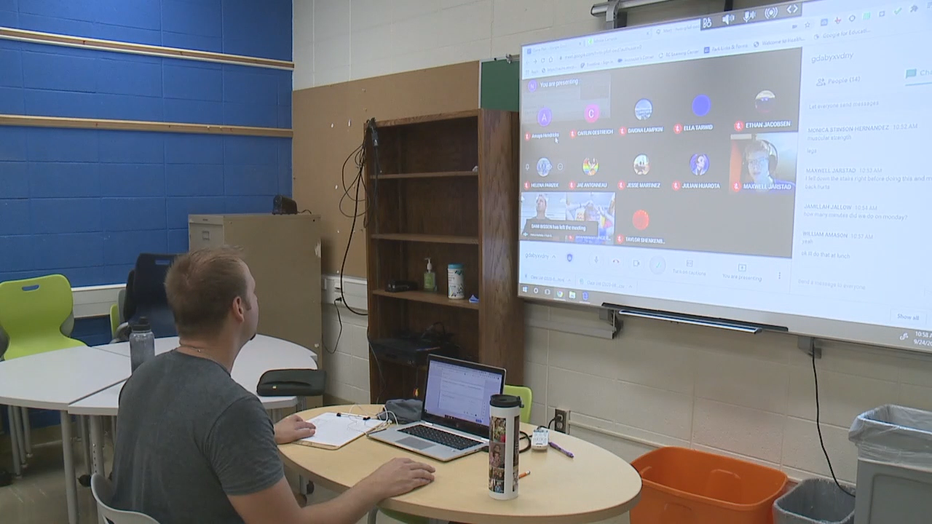 At a press conference before the school meeting, the Racine Educators United said a return to in-person classes isn't safe until all teachers are vaccinated, fearing the decision is financially motivated by the state requirement to take the Forward Exam in-person to receive state and federal funding.

"Educators want nothing more than to be with their students in school again, but only when they can be with them safely and without putting anyone's lives at risk,"  Angelina Cruz, Racine Educators United President

"It doesn't take a rocket scientist to put two and two together," said Jennifer Wutt, teacher at Gifford School. "Without the rapid implementation of face-to-face, there will be no money in the district's coffer." 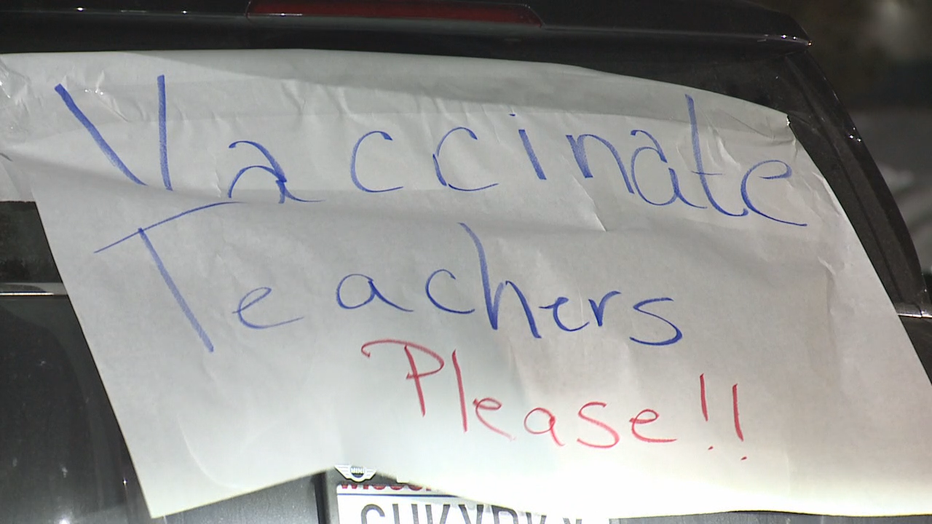 Dozens parked outside the district building honking their horns in protest, while inside, district officials defended their work.

"Currently, we have 53% of students planning to return and schools are finalizing numbers for each classroom to prepare for physical distancing," said Kimberly Granger, the RUSD health services supervisor.

Just Monday -- the district submitted 20 safety plans to the health department for approval. Teachers say they need these details, but the district says it's the same principle they've followed for months now. 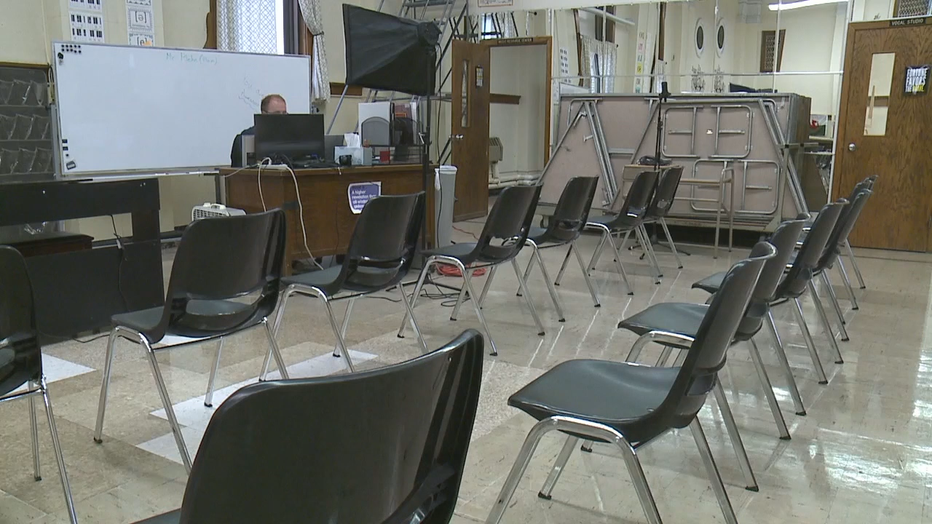 "The individual principle plans may not have been finalized until last week, but the general guidance is the same," said Granger. "It doesn't change based on the building you're in."

Cruz wouldn't say whether teachers would skip going to school Monday. She said the approval of individual school safety plans would go a long way toward calming their fears.