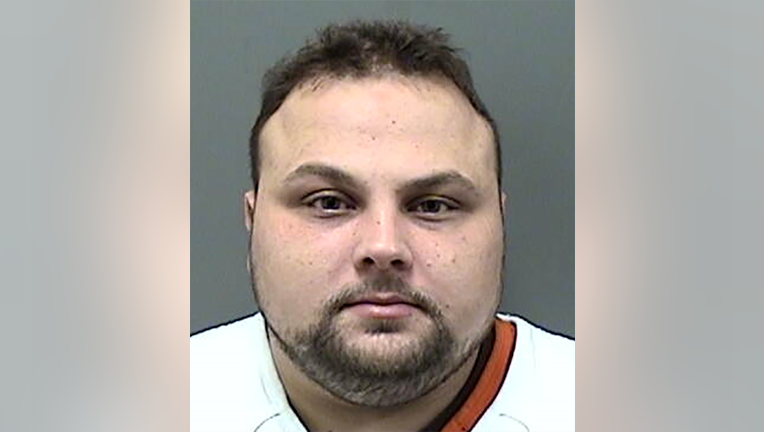 RACINE, Wis. - A Racine store owner has been charged after he allegedly pistol-whipped a man, fracturing his skull, in a May 4 incident.

Prosecutors say Iyad Alabed, 36, of Mount Pleasant hit the man with his gun and physically assaulted him – at one point, accidentally firing the weapon.

Police were called to the scene near Main Street and High Street for a report of a man down in a parking lot and another man with a gun. Upon arrival, they found the store owner, Alabed, walk out in front of a delivery truck holding a gun. Another man was found with his head and face "completely covered" in blood.

A criminal complaint states that officers found a trail of blood running from the store to the man. He was taken to the hospital for treatment of his injuries, which included a skull fracture, ruptured eardrum and stitches. He was not armed, the complaint states.

Alabed told police that the man had threatened to kill him, and said he made a gesture as if to say he was armed. Alabed said he pistol-whipped the man in the head, according to the complaint, which resulted in the gun firing in the store.

Two witnesses told police they heard the man using "bad words" toward Alabed, and said they saw Alabed pistol whip the man. One of the witnesses recorded the incident on his cellphone, which showed Alabed kicking the man while he was on the ground. The video showed the man covered in blood and Alabed continuing to kick him as he tried to stand.

Surveillance video from inside the store showed the incidents that unfolded, corroborating the statements given. It also showed Alabed force his way through a plexiglass divider in order to strike the man with his gun. It also showed Alabed walk around the divider and strike the man again, this time the man's hands up as if to surrender. The man was also seen trying to leave, but Alabed put him in a headlock. The incident then continued outside the store.

In an interview with police, Alabed again said he believed the man had threatened to kill him. He also said: "maybe I lost my anger a little bit."

A preliminary hearing in the case is scheduled for May 13.