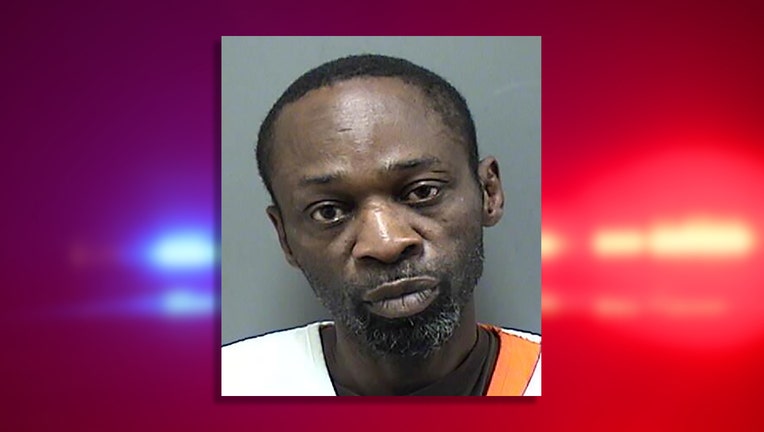 Prosecutors say Anthony Harrison stabbed a man, puncturing his lung, after being woken up.

Police were called to the scene near Hagerer and Marquette and spoke with Harrison upon arrival. A criminal complaint states Harrison had "a large amount" of blood on his clothes and a cut on his finger.

According to the complaint, Harrison said he "cut" the victim and the knife was inside the house. Officers found the knife on the living room floor.

Harrison said he was asleep in the living room when the victim woke him up and he said, the complaint states, the victim attacked him. He did not provide details of the attack, but admitted the knife was his.

A witness said he awoke to Harrison and the victim arguing and grappling before the victim stepped away full of blood. The witness said Harrison admitted to stabbing the victim "because he was sick of him," according to the complaint. Harrison also told police that the victim was a homosexual and that he was "getting sick of this (expletive) gay (expletive)."

The complaint states the victim underwent surgery for a collapsed lung. Police later spoke to him, and he said there was an ongoing dispute between him and Harrison about a dog. The victim said, according to the complaint that, Harrison called him derogatory names for homosexuals.

The victim said he went to leave the room when the physical altercation started, and he believed Harrison threw the first punch. He didn't realize he had been stabbed until about 10 minutes into the fight when they separated, according to the complaint.

Prosecutors allege Tyshawn Gilmore was involved in a series of crimes that left a man dead. He is charged with felony murder, kidnapping and armed robbery.

A 28-year-old Chicago man faces multiple charges for allegedly breaking into a Racine business – and stealing cash and a truck. The accused is Terrance Hobson.