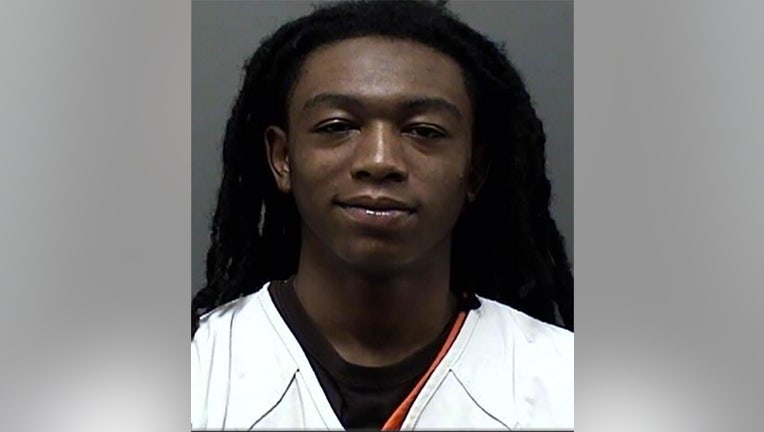 RACINE, Wis. - An 18-year-old Racine man faces is accused of fleeing police and leading them on a pursuit before crashing in early April. The accused is Damarious Thompson – and he faces the following criminal counts:

According to the criminal complaint, a Wind Point police officer in a marked squad was parked at a Racine bank parking lot on Saturday, April 9 when he was approached by an off-duty Kenosha police officer "who was still in full uniform but operating his personal vehicle." This officer "stated he was being followed and wanted to pull over...so he could continue to travel to his friend's house without being followed," the complaint says. The officer indicated a blue Chevy Malibu displaying a partial plate of "ALY" was following him and "also attempting to push him off the roadway." The off-duty officer said "the mentioned vehicle was deviating from its lane of travel and believed the operator might be under the influence," the complaint says. The off-duty officer also said "he feared for his safety."

The Wind Lake officer spotted the Malibu in question -- and attempted a traffic stop. The vehicle did not immediately stop when approached by the squad with lights and sirens -- but it eventually came to a stop.

When the Wind Lake officer approached the car, the driver identified himself as Isiah D. Thompson. The complaint says this "was later determined to be a false name and the operator was identified as Damarious Thompson." While speaking with Thompson, the officer "could smell an odor of marijuana emitting from inside" the vehicle, the complaint says. The officer then called for backup.

A short while later, officers found the suspect vehicle had crashed into a retaining wall on Lighthouse Drive. Officers spotted Thompson fleeing on foot. His passenger looked like he was about to flee -- but was secured by the officers. The passenger was taken to the hospital for treatment of injuries.

When investigators searched the suspect vehicle, they "located a clear knotted plastic baggie containing several blue pills," the complaint says. Also located in the car was a "gray duffle bag on the front passenger floorboard containing a Glock 17 Generation 5 9mm handgun with a flashlight/laser attached," the complaint says. The duffle also contained a pair of 9mm handgun magazines and an empty box of 9mm ammunition. The passenger told officers the gun was his -- and "he does not have a concealed carry weapons permit."

According to the complaint, officers later identified the pills as Oxycodone Hydrochloride -- a controlled substance which requires a prescription.

The complaint indicates Thompson "was ordered to wear a GPS monitoring bracelet" at the time of this incident. But the GPS had a dead battery -- and Thompson was in violation.

Online court records show Thompson was in custody at the Racine County Jail as of May 27. He made an initial appearance in court on Tuesday, May 31. Cash bond was set at $7,500 -- and Thompson is due back in court for a preliminary hearing on June 8.