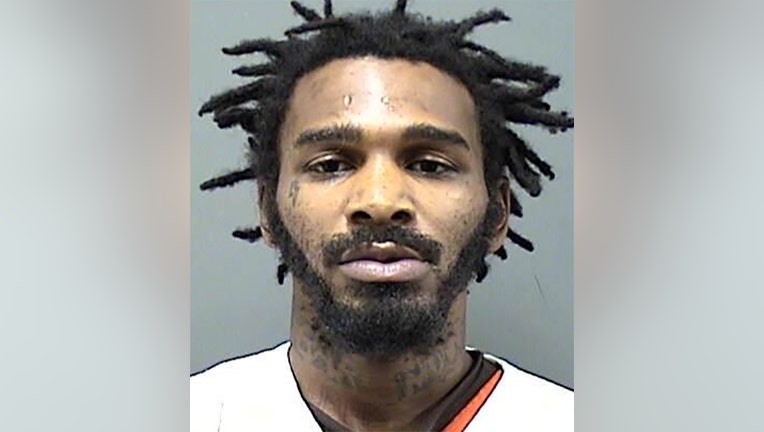 RACINE, Wis. - Rashad Lewis, 31, of Racine, is charged with multiple counts after prosecutors say he brought cocaine into the Racine County Jail upon intake.

According to a criminal complaint, Racine County Jail corrections staff were alerted to a fight the morning of July 10. Staff responded and arrived back at intake with Lewis, who was allegedly involved in the altercation with another inmate.

As staff began to walk Lewis to intake, the complaint states, he got agitated and began to yell for a supervisor – not wanting to walk to the cell. Eventually, though, he complied.

At that time, a deputy picked up an item from the floor directly behind Lewis, according to the complaint, who was the only inmate in that area at the time. Upon inspection, it was determined the item was a jail-issued deli sandwich bag containing a white substance. It later tested positive for cocaine.

Further inspection revealed the bag contained smaller individual bags with powder inside them. In total, the complaint states, the deputy counted 12 bags. In total, everything weighed 4.9 grams.

A review of intake camera footage showed the bag fall from Lewis' pant leg onto the floor. A review of body scan pictures showed that Lewis had the baggie concealed near his genitals upon arrival to the jail.

The complaint states that staff then searched Lewis' cell and found a lighter concealed in a styrofoam lunch tray. Lewis said he concealed the lighter in his rectum after he found it; it was confirmed by jail staff after reviewing a July 10 body scan.

In total, Lewis is charged with:

A preliminary hearing in the case is scheduled for July 21.

Milwaukee police released video and information regarding the fatal officer-involved shooting of Roberto Zielinski that occurred near 29th and Cleveland on Sunday, May 30.

Some Milwaukee leaders questioned why the Bucks needed to take over a road for what is now the Deer District back in 2015. Now, the reasons seem clear.