After five drownings in their city last summer, Washington Park High School students in Racine are being recognized for making a difference.

RACINE, Wis. - After five drownings in their city last summer, Washington Park High School students in Racine are being recognized for making a difference.

They're being awarded for their help with life preserver bins along North Beach and Zoo Beach – but for them, it's more than just a project.

"It kind of hit a little home because I have nieces and nephews that come down here quite a bit," said student Jack Vick-Baker.

It's the kind of thing in a community that has a ripple effect.

"All my family and everybody, we all stayed away from the water for a little bit," student Jonathan Barba-Lopez said.

"When all these drownings happened, I think we all took it a little personal and wanted to do something about it," said Greg Kiriaki, the school's construction systems teacher.

Kiriaki said one of his students knew one of last summer's five drowning victims in Racine, but all the students put themselves in those shoes.

Over the course of the last school year, Kiriaki said 50-60 different students had a hand in making two of the three life preserver bins with free-to-use life vests. He said he and another teacher, Joe Pascucci, made the first box, which was put out last September.

"Kids from outside of my class actually stayed after school to help and assist with something like this," said Kiriaki. "I feel proud of it. I’m happy to help. I’d do ten more of these if I had a chance and knew they’d make a difference."

"I was never missing no days to help on the box because I knew what it was doing for the community," student Jasmin Pierson said. 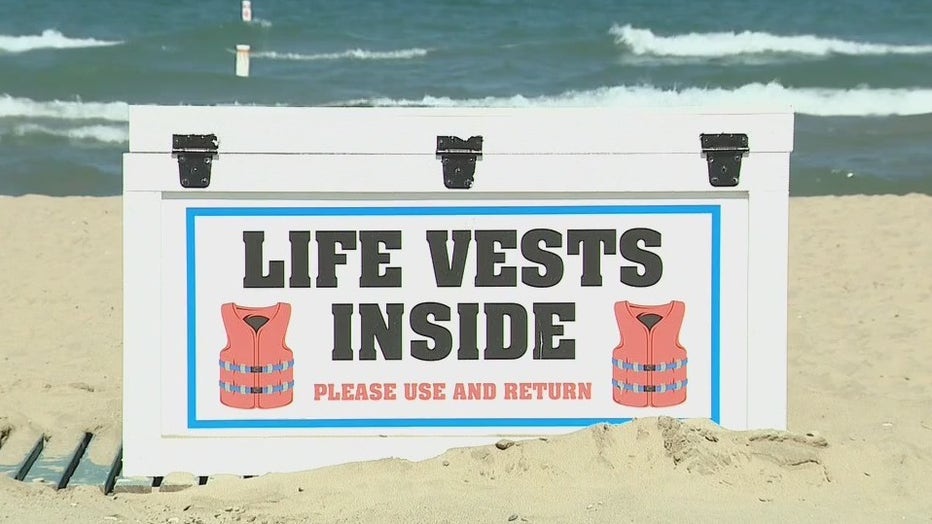 Students' efforts to shore-up Racine's beaches are bringing them into the limelight.

"I was pretty excited," said Vick-Baker.

These three students are representing their classmates and their community service project in a national competition later this month. They hope their hard work will ripple out, too. 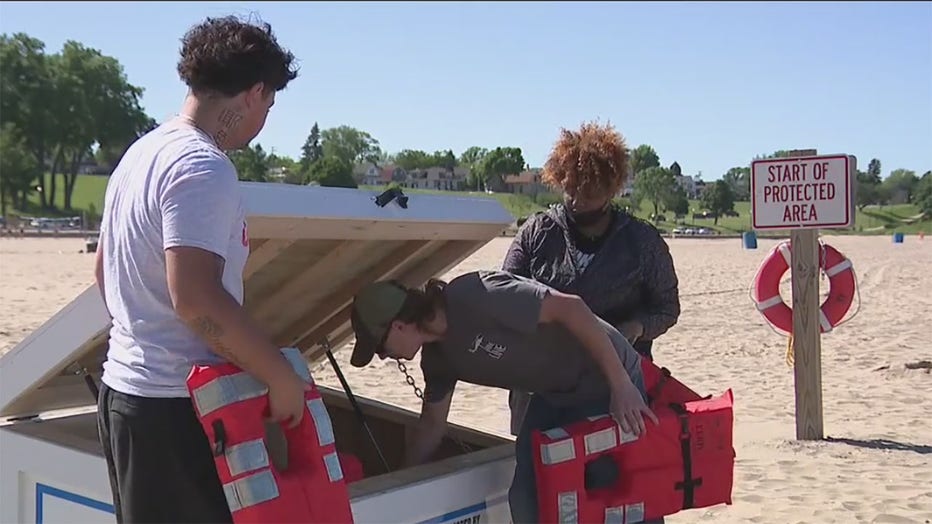 "I’m so nervous, excited though," Barba-Lopez said. "It’ll make us really proud if we see more people wearing them. Knowing that we started it, it would make me really proud and my classmates really proud."

The students leave for the national competition in Atlanta on Monday, June 20. They took second place at a state competition this spring, which included a presentation on the project.

The life preserver bins were a collaborative effort that included firefighters and the rotary club. Students told FOX6 News they are grateful for everyone else who helped make this happen.