A Racine drug bust resulted in one man arrested and thousands of fentanyl-laced tablets – worth an estimated $30,000 or more – seized.

RACINE, Wis. - A Racine drug bust resulted in one man arrested and thousands of fentanyl-laced tablets – worth an estimated $30,000 or more – seized Thursday, Nov. 10.

The warrants were executed near Marquette and Prospect and more than three miles away near 17th and Russet, where authorities determined drugs and guns were being stored. During the searches, authorities seized: 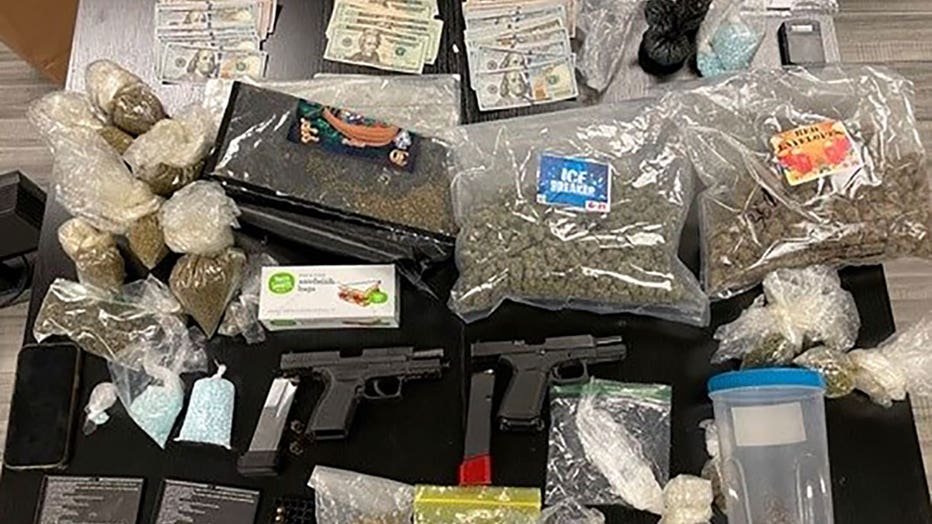 The sheriff's office alleges Weaver was selling the fentanyl tablets for $8 to $12 per tablet – a street value estimated between $30,000 and $40,000. The average street value of the marijuana is estimated at $5,000.

Authorities arrested Weaver, and took him to the Racine County Jail where he is being held on a $75,000 cash bond for the following charges, according to the sheriff's office:

Weaver’s criminal history includes being a convicted felon and a drug dealer, the sheriff's office said.

"There is no doubt that this extensive investigation, conducted by the highly skilled Agents of the Racine County Metro Drug Unit, saved an immeasurable number of lives.  In 2021, over 107,000 Americans died of drug overdoses, and fentanyl overdoses are the leading cause of death for Americans ages 18 to 45-years-old.  To the people peddling this poison, the Sheriff’s Office will never relent in investigating you, arresting you, and taking you to jail!"