RACINE, Wis. - Three Racine brothers were arrested and charged after prosecutors say a drive-by shooting revealed a cache of weapons in their home. Two of the brothers are felons, and investigators believe they were manufacturing firearms.

Raymond Gibson, 64, faces nine counts of possession of a firearm by a felon. 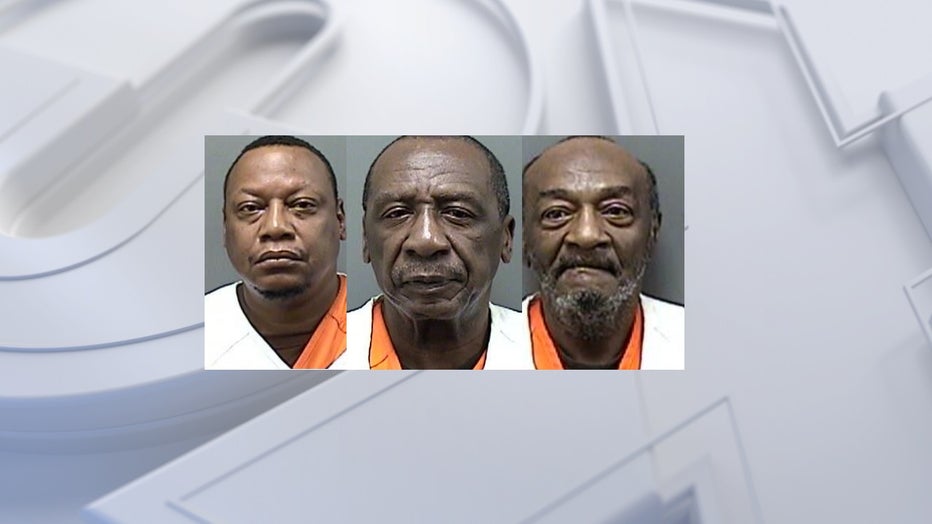 According to prosecutors, Calvin Gibson was involved in a drive-by shooting near 9th and Washington on the afternoon of Aug. 6. Investigators say his two brothers were his passengers.

The shooting victim told police Calvin Gibson stuck his arm out the window, and the victim heard gunshots before trying to speed away. He then stopped and called police.

The victim said he had known Calvin Gibson for many years, and Calvin had recently learned that the victim and Calvin's girlfriend dated while Calvin was in prison. The victim said Calvin shot at his vehicle about two months prior near LaSalle and State Street, but this was not reported to police, according to a criminal complaint.

Video of the shooting shows Calvin's vehicle pull up at an angle behind the victim's vehicle before Calvin is seen putting his hand out the window. Both vehicles then take off south on Washington. The complaint says a neighbor provided video in which six shots can be heard, followed by two more shots seconds later. 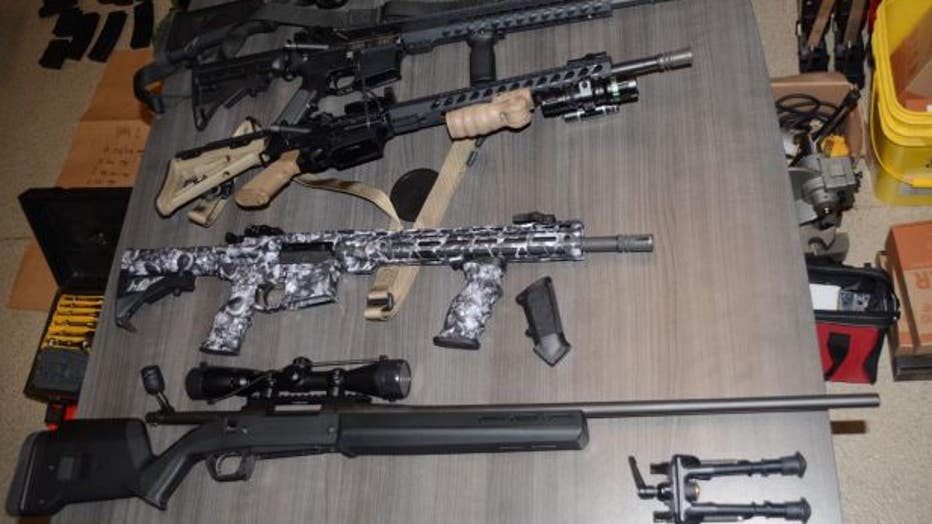 A little over an hour after the shooting, Calvin and his brothers were found in the vehicle on Memorial Drive. Police say Calvin had suspected THC on him. He denied any involvement in the shooting, prosecutors say, telling investigators he loaned his vehicle to someone "so they could buy beer."

Investigators found .45 caliber casings on Willie Gibson, according to prosecutors, along with cocaine/fentanyl, a fixed-blade knife and prescription pills with no label.

During a search of the home of Willie and Raymond Gibson on Memorial Drive, prosecutors say investigators recovered nine firearms, including a "ghost gun." They also found "a number of parts and tools to manufacture firearms" in the living room, described as looking "more like a gunsmith shop than a living room." THC was also found, the complaint states.

In the complaint, prosecutors allege Willie and Raymond "were manufacturing firearms and both had access to each of the nine firearms." The complaint also notes that Raymond is a convicted felon and had "full access to the firearms purchased by Willie due to Willie not having a felony conviction." 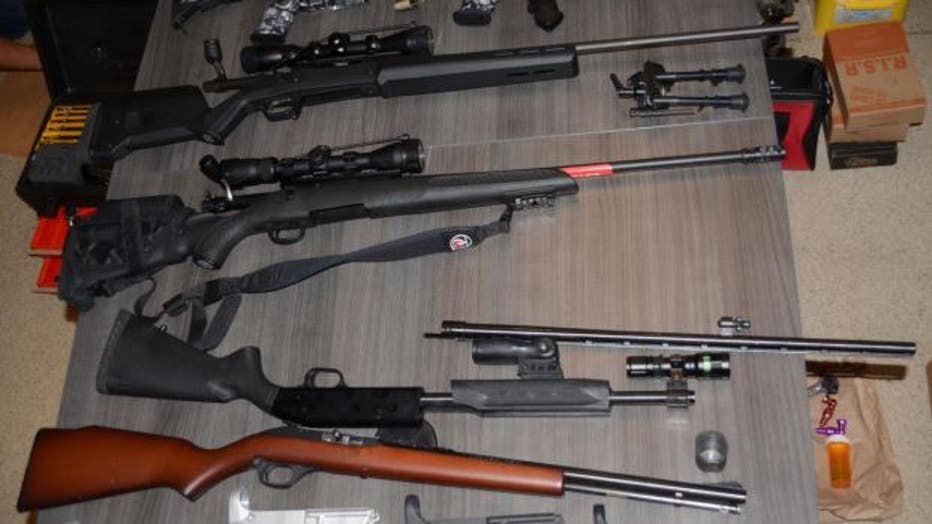 Investigators also found packages addressed to Calvin in the home -- one shipped to "Willie" and one sent to "Calvin," both shipped to Calvin's Center Street address. According to prosecutors, both packages contained gun parts.

A search warrant was executed at Calvin's home on Center Street, where police say investigators found one firearm and firearm accessories such as magazines and an ammunition box. The complaint says investigators also found THC.

According to prosecutors, Calvin's girlfriend told investigators there were no weapons in the home, but "changed her mind" when officers found the Glock handgun there. She said Calvin is a felon and is unable to possess a firearm. She said he asked her for money to buy a gun, and she gave him $700. The complaint says he then got Willie to get him the firearm since Calvin is a felon.

Investigators believe this Glock allegedly found in Calvin's home was used in the drive-by shooting on Aug. 6. That Glock was purchased from Jalensky's in Kenosha In October 2020 by Willie Gibson, an investigation revealed.