A Racine eighth-grader may never walk again after he was shot while riding his scooter.

RACINE, Wis. - A Racine eighth-grader may never walk again after he was shot while riding his scooter on Sunday morning, May 16.

The boy's family spoke exclusively with FOX6 News, sharing an update on his condition.

Drekarion Williams, 14, is now recovering at Children's Wisconsin. He was flown there Sunday after being shot multiple times, and his family does not yet have any idea when he will be able to leave.

"He cries and begs me to come home every day," said Scott Williams, Drekarion's dad.

Scott Williams has spent the last five days at the hospital with his son. The pain of gun violence is something he never expected.

"He’s a good kid. Into sports, likes to play video games. Doesn’t get into any trouble," Williams said.

Drekarion was along Carlisle Street with his cousin on the way to their aunt's house when family says an SUV stopped and opened fire for no apparent reason. 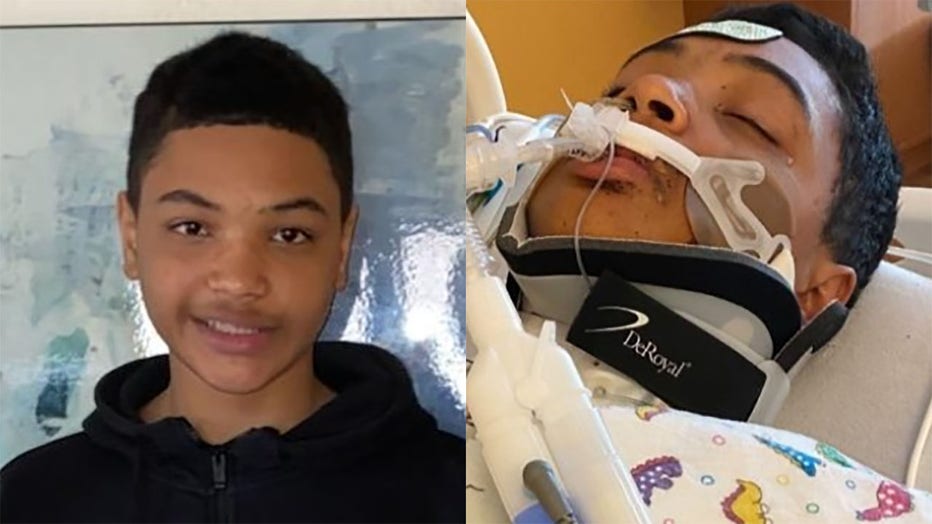 Williams hopes a suspect is found and others realize the life-changing impact of a gunshot.

"We got to come together and put the guns down," Williams said.

Racine police are still searching for the suspect – or suspects – involved. Anyone with information is asked to call the Investigations Unit or Crime Stoppers.

The family has set up a GoFundMe online fundraiser to help with medical expenses.

His fiancee was in labor, so he rushed home to help, but it led to a Burlington man being tased by police.

Milwaukee violence prevention director: 'Everyone has a role'

Arnitta Holliman, the newly-appointed director of the city's Office of Violence Prevention, spoke with FOX6 News Thursday, May 20 about some of the ways she plans to reduce crime.