LA CROSSE — President Barack Obama says that despite unemployment falling to a seven-year low, there is more work to do to increase Americans' wages.

President Obama visited UW-La Crosse on Thursday, July 2nd touting a proposed Labor Department rule that would make more workers eligible for overtime. The move is backed by organized labor, which has been at odds with President Obama over his push for an Asia-Pacific free trade pact. 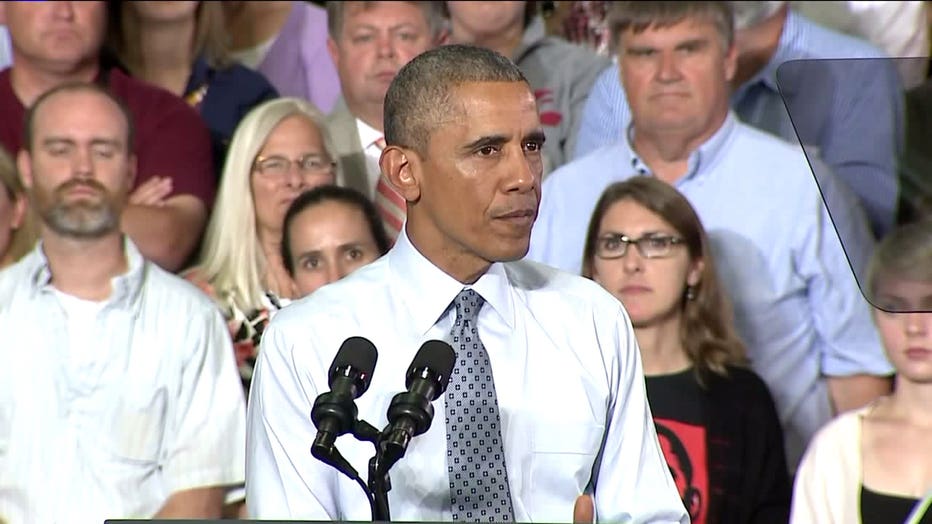 After touting recent economic successes, President Obama got down to the brass tacks of why he was in La Crosse.

"We`ve got a record streak of private sector job growth. We cut the deficit by two-thirds. This is an issue of basic fairness.  If you work longer and harder, you should get paid for it," President Obama said.

The proposal says employees working more than 40 hours a week, earning less than $50,000 a year would be entitled to overtime compensation.

Not everyone is on board with the plan.

"Think about what it does to a small company," Julian Bradley said.

Bradley is the vice-chairman for the Republican Party in the district that includes La Crosse. He believes the proposal could lead to cut wages and an increase in part-time workers. Republicans even put up a billboard to greet President Obama as he rolled into town -- a contrast to President Obama's overall message Thursday. 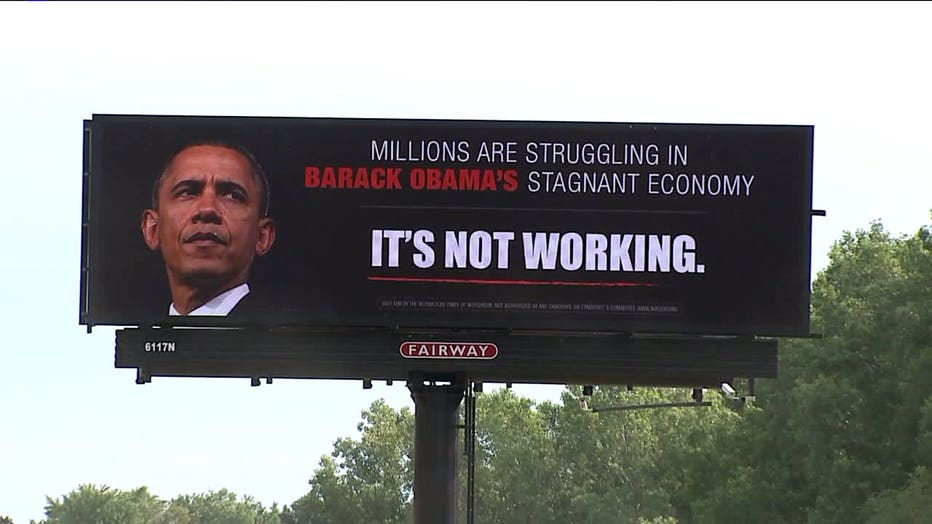 "If you treat everyone like family, that's good for us," President Obama said.

At least one voter in the audience in La Crosse, who said he's never voted for a Democrat before, said he's now switching teams.

President Obama mentioned Sen. Tammy Baldwin and U.S. Rep. Ron Kind as two lawmakers who worked to protect the middle class "before it was cool." He repeatedly mentioned the Democrats and said they'd helped him in Washington.

Obama also criticized many of Governor Scott Walker's policies without addressing him by name. That included the state's Right-to-Work law as well as another that limited public labor unions' ability to bargain collectively. The crowd applauded when President Obama told them their "right to organize and bargain was attacked."

Fred Brown, a spokesman for the Republican National Committee, issued the following statement on the president's visit to La Crosse:

"It’s no surprise all President Obama has left are partisan attacks after spending the last six and a half years presiding over the weakest economic recovery in modern history and a declining middle class."

The Republican Party of Wisconsin released a statement on the president's visit. It reads as follows: 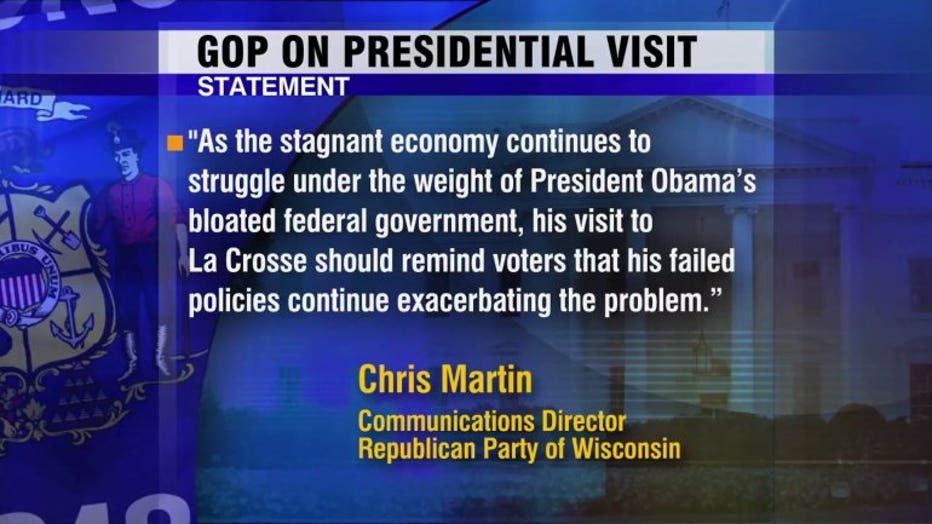 "The president’s effort is a political pitch but the reality is this will lead to lower base pay and benefits and will cut workers’ hours and flexibility in the workplace.

Even Vice President Biden’s former chief economist said, ‘The costs of increased coverage would ultimately be borne by workers.’

Rather than empty political rhetoric, Americans want solutions. We should be looking at ways to raise wages by ensuring people have the skills and education they need to move ahead in their careers." 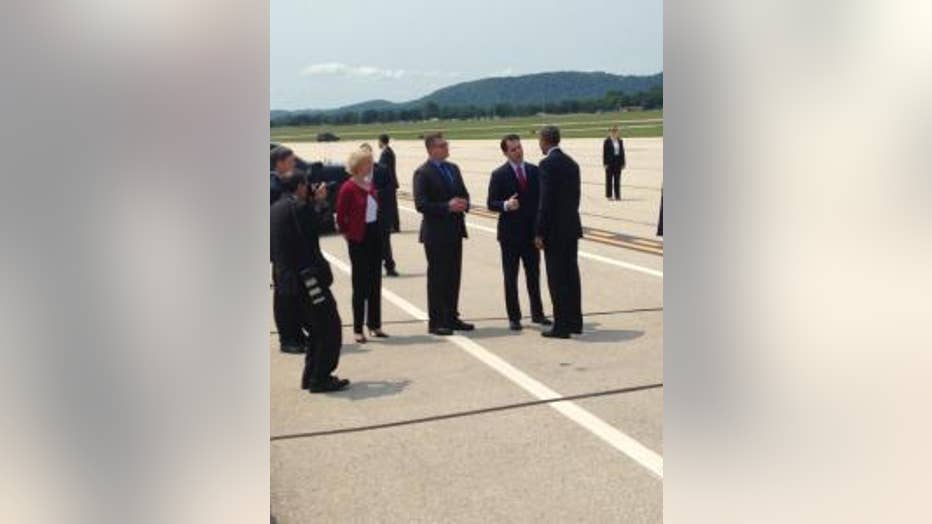 When President Obama stepped off Air Force One in La Crosse, he was greeted by Governor Walker. This, as it was revealed on Thursday morning that Walker will announce his intention to run for the White House on Monday, July 13th.

While this was President Obama’s first visit to La Crosse, it has been about a decade since the last presidential visit to the area. President George W. Bush made two campaign stops in La Crosse in 2004.