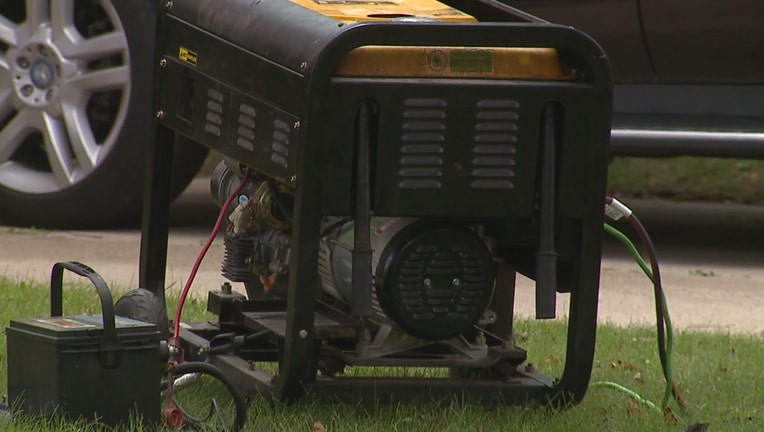 Tens of thousands of We Energies customers were without power due to severe storms on Tuesday night. While the majority of those customers have had power restored, some could be waiting as long as Saturday. Many turned to generators in the interim.

The fire department recommends operating generators at least 20 feet away from the residence while maintaining 3-4 feet of clearance around it on all sides. That means not running generators in confined or closed spaces.

Officials also remind people to keep generators away from windows, doors and vents – directing the exhaust away from the home.

It is recommended to use grounded cords that can support the wattage output of the generator and only using GCFI outlets.

Lastly, while operating a gas-powered generator, the fire department reminds people that carbon monoxide (CO) will be generated, creating the potential for the gas to enter homes. The fire department recommends having a working CO detector on each level of your home and outside of sleeping areas. CO poisoning can be fatal in as little as 5 minutes, symptoms include dizziness, headaches, nausea and tiredness.

Anyone who experiences CO poisoning symptoms should evacuate their residence to fresh air and call 911.

We Energies continued work to restore power on Thursday, Aug. 12 after Tuesday's storm left tens of thousands of customers in the dark. Some could be waiting until Saturday to see their power restored.