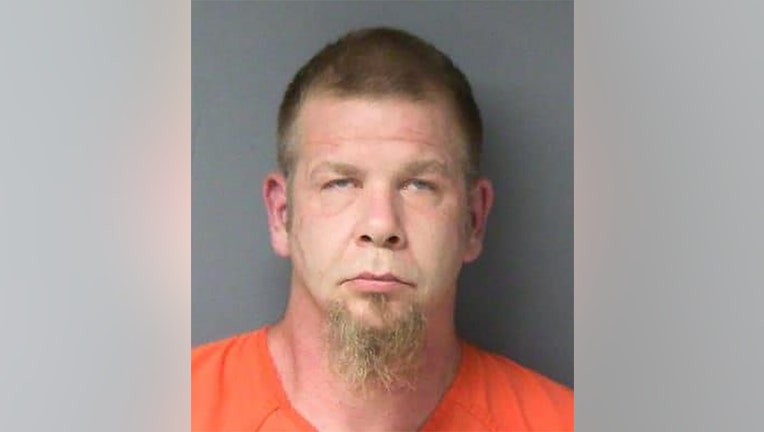 MILWAUKEE - A Kenosha man was arrested on suspicion of burglary in Portage on Wednesday, July 28 – and is suspected of crimes in five other states, too.

According to the Portage Police Department, 40-year-old Adam Bileck was taken into custody without incident after he "quickly" became a suspect and a Wisconsin State Trooper stopped his car on the interstate near the Dane and Columbia county line.

Police said the burglary happened at a restaurant around 1 a.m. The suspect forced entry through a rear door, disabled the security system and broke into the safe – leaving with an undisclosed amount of money.

Bileck was taken to the Columbia County Jail and held on charges of burglary, possession of burglarious tools, criminal damage to property, felony bail jumping and criminal traffic-related offenses.

The investigation is ongoing. Police said additional charges are expected to come from numerous jurisdictions through not only Wisconsin – but Illinois, Minnesota, Michigan, Indiana and Kentucky.

A Milwaukee County judge found probable cause that a former Wauwatosa police officer committed homicide by negligent use of a dangerous weapon in the death of Jay Anderson Jr. in June 2016.

Sheriff's officials say they have arrested two people in the deaths of three men found slain in a western Wisconsin quarry last week.

Brandi Bacon of West Allis was sentenced to 10 years in prison – pleading guilty to one count of attempted first-degree intentional homicide – after she fired shots toward Cudahy police.